The Beggar's Garden by Michael Christie

My first attempt at writing a review of Michael Christie 's breakout book, The Beggar's Garden , involved a whole lot of me trying to skirt around the fact that I know Mike personally, and that I know him through skateboarding.
0
Jan 26, 2011 1:51 PM By: Bob Kronbauer

My first attempt at writing a review of Michael Christie's breakout book, The Beggar's Garden, involved a whole lot of me trying to skirt around the fact that I know Mike personally, and that I know him through skateboarding. The fact that I call him "Mike" and would never call him the more formal "Michael", that we had drank beers in the back alley behind a skateshop together some years ago, that we had shredded the Strathcona skatepark together, that he sent me an advance copy of his book months ago with a personal note inside of it... these were all facts that I was purposely omitting from my review. What I had hoped to do was attempt to write something completely objective about it because I felt like my knowing him would perhaps make my praise for his novel seem less genuine. But his book came out in stores today, I'm still struggling with writing from that angle and the truth is that in the past I knew Mike Christie as a damned fine skateboarder and now I know Michael Christie as a damned fine author. He's written an incredible book that I have fallen in love with and if you live in Vancouver I feel it's a must read.

The nine short stories contained within are fictional looks into the lives of some characters who mostly inhabit the Downtown Eastside. In them he doesn't glamourize the poorest, most drug riddled neighbourhood in Canada nor does he minimize the distress that many of it's most marginalized inhabitants are in, however the stories are charming, at times they are downright hilarious and his turns of phrase and character development somehow offer an incredibly raw look at it while humanizing these people. An often forgot about cast that I myself, and many residents of this city of ours sometimes feel like we would go insane if not to ignore as we go about our daily lives, these people are brought to life in this book and we are reminded that every single person who lives here adds to the cultural fabric of our city. In the end The Beggar's Garden is a fantastic read as well as a reminder that we are all people, that we're all trying to connect with one another on some level, and that the connections with people are one of the very things that make this city... well... awesome. 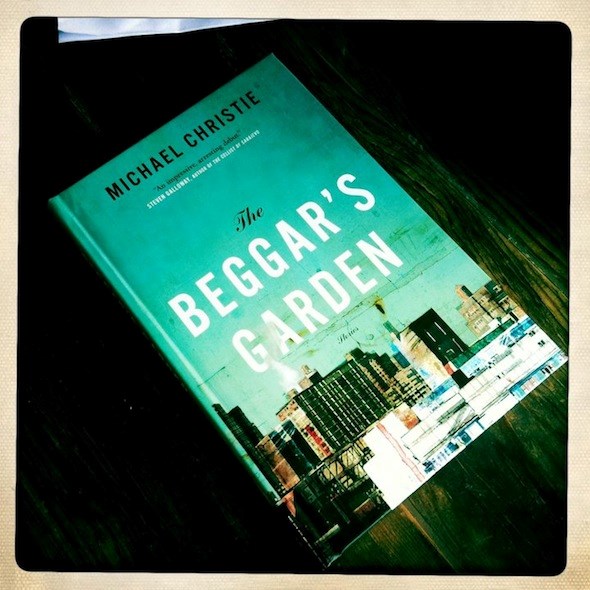 The National Post called The Beggar's Garden one of the most anticipated books of 2011 and compared it's characters to those of Mordecai Richler's who inhabited St. Urbain Street. It's being praised by critics and authors alike and I only beg that you don't let the fact that I call Michael "Mike" get in the way of the fact that this book will likely end up being the best book about Vancouver released in 2011. I encourage you to go out and purchase a copy from your favourite bookstore today.

What not to do during Lunar New Year to avoid bad luck
Jan 25, 2020 10:38 AM
Comments
We welcome your feedback and encourage you to share your thoughts on this story. We ask that you be respectful of others and their points of view, refrain from personal attacks and stay on topic. To learn about our commenting policies and how we moderate, please read our Community Guidelines.