The Enlightened Nerd is a column designed to enlighten the inner nerd in all of us through local whimsical and intellectual events, people, and places.
0
Mar 2, 2016 12:00 PM By: Karolina Kapusta 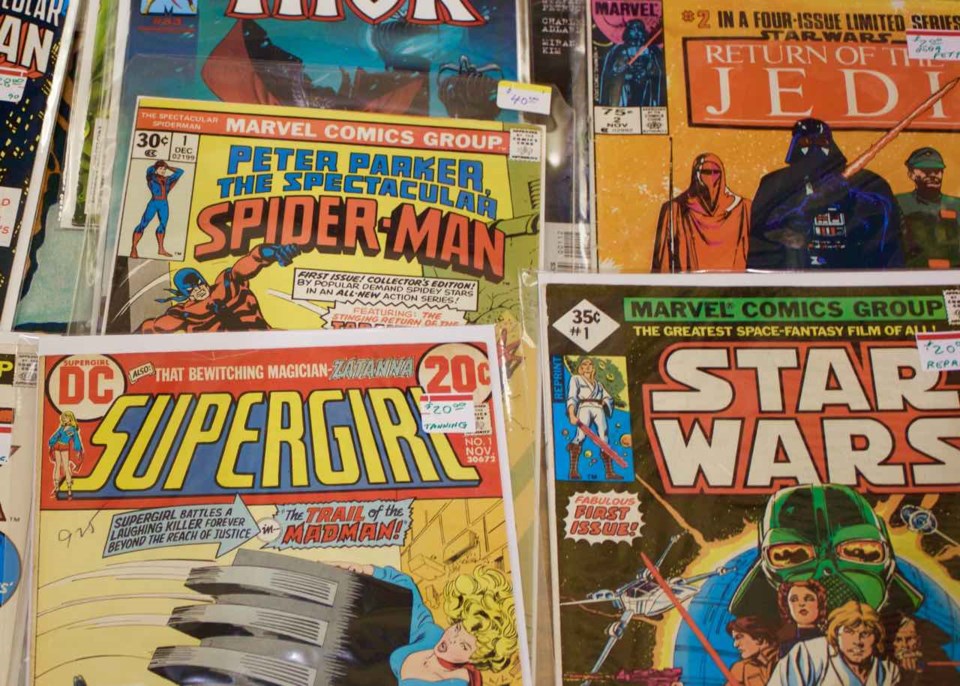 Ever since I started The Enlightened Nerd I have realized more and more what an eclectic and rad city Vancouver is. This week, I decided to spend my rainy Sunday afternoon at a Comic Show at the Croatian Cultural Centre on Commercial Drive. Entry was only $5 (free for kids under 13) and the show was open from 11-5pm. There’s always room in my heart (and bookshelf) for a new graphic novel or knickknack and with over 7,700 square feet of space in the centre there was probably a toy, game, or book in there for even the most fastidious. There were also several raffles for $10, $25, and $50 gift cards to be won throughout the day and used at vendors.

There were your classic vintage comic book booths selling mint condition and secondhand classics like Spider Man, Iron Man, Venom, Thor, Super Man, and Bat Man. There were also your contemporary graphic novel vendors selling things like the compendium of The Walking Dead or Star Wars as well as featuring awfully tempting boxes of “$1.00 Each” and “50% Off” graphic novels where I spotted gems like The Blair Witch Chronicles, Frankenstein, and Club 9. At other booths, even Archie, Casper the Ghost, and Denis the Menace could be found. 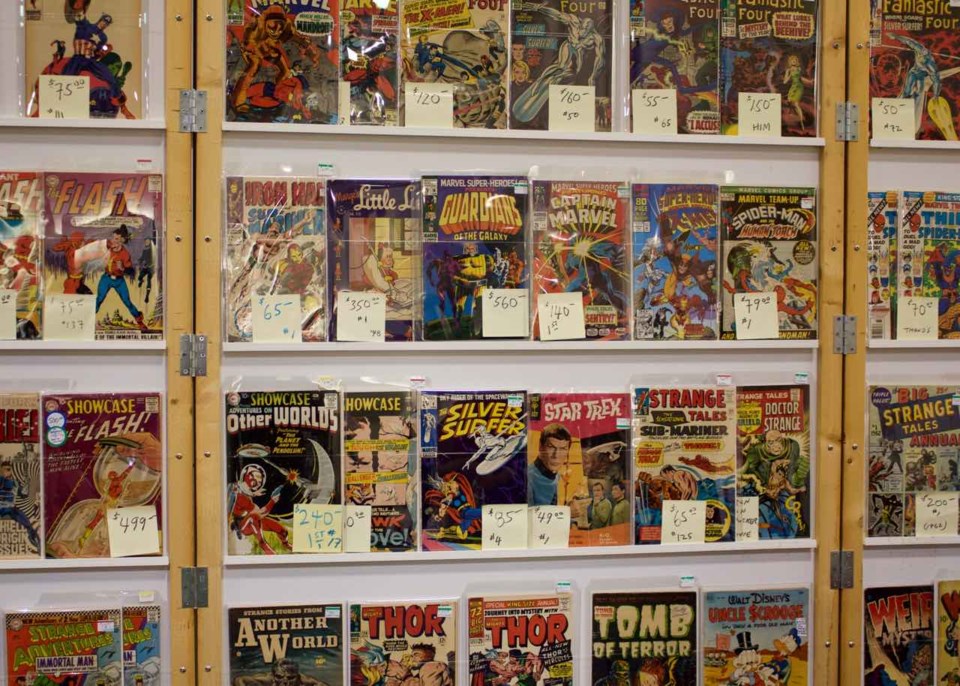 The comic show featured a panel of Vancouver-based graphic novel writers and illustrators including Kurtis Wiebe, Robert Tozer, Dan MacKinnon, Jery Kitty and Jayleen Guru (Gurukitty Studios), Michael Kluckner and Diana Greenhalgh. These artists were friendly and could be seen working on pages for future books and making sketches. I had a word with Michael Kluckner, author of Toshiko, a love story based in British Columbia during the Second World War featuring Toshiko, a Japanese Canadian living in the interior. The story is illustrated through pencil drawings as Michael said he prefers this non-fuss medium. This is his first graphic novel and he said the book took him approximately nine months to finish, typically spending three hours a day per page. In his earlier years, Michael cartooned for the Vancouver Sun and spent a large portion of his life writing and illustrating historical books. He is currently working on his next graphic novel, this one taking place in a post-apocalyptic Vancouver in 2050 set to come out early next year. 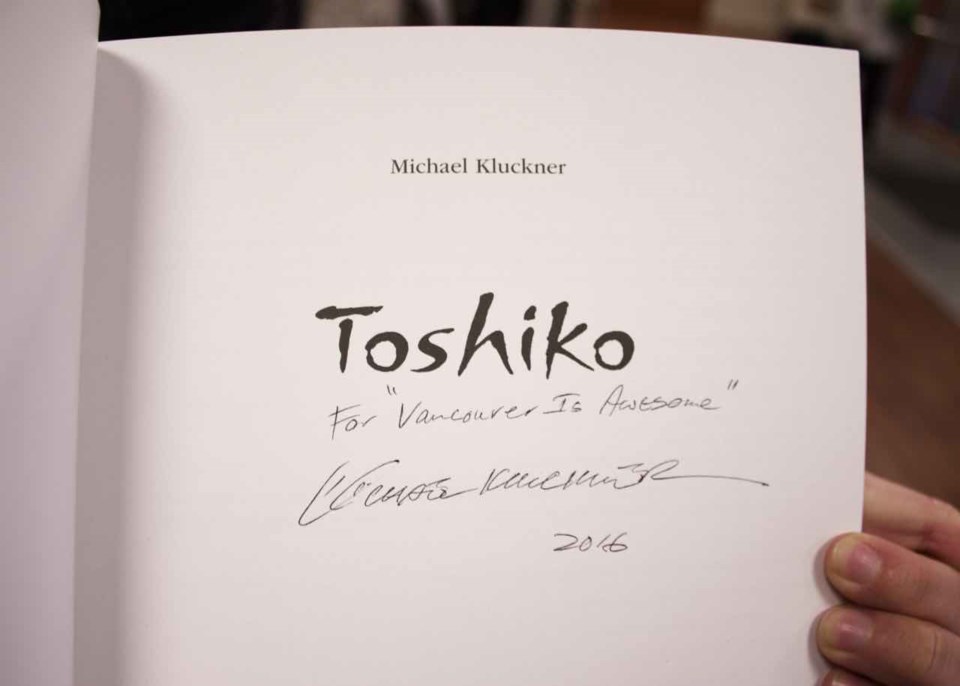 Along with literature, many vendors sold toys and tchotchkes like Pop Bobbleheads, Magic the Gathering card sets, superhero beanies, Star Wars Lego men and Star Wars Hot Wheels, and board games. I think the quirkiest things I found were two different feline-themed card-stacking games. One was called “Schrödinger’s Cat” and the other “Cat Tower.” There was also a girl selling upcycled magnets, bookmarks and buttons made from thrifted comic books. She said she was enjoying her first comic show as she was used to arts and crafts markets.

Sad you missed this pop culture extravaganza? Not to fear, Vancouver Comic Show returns to the Croatian Cultural Centre for Father’s Day on June 19th. 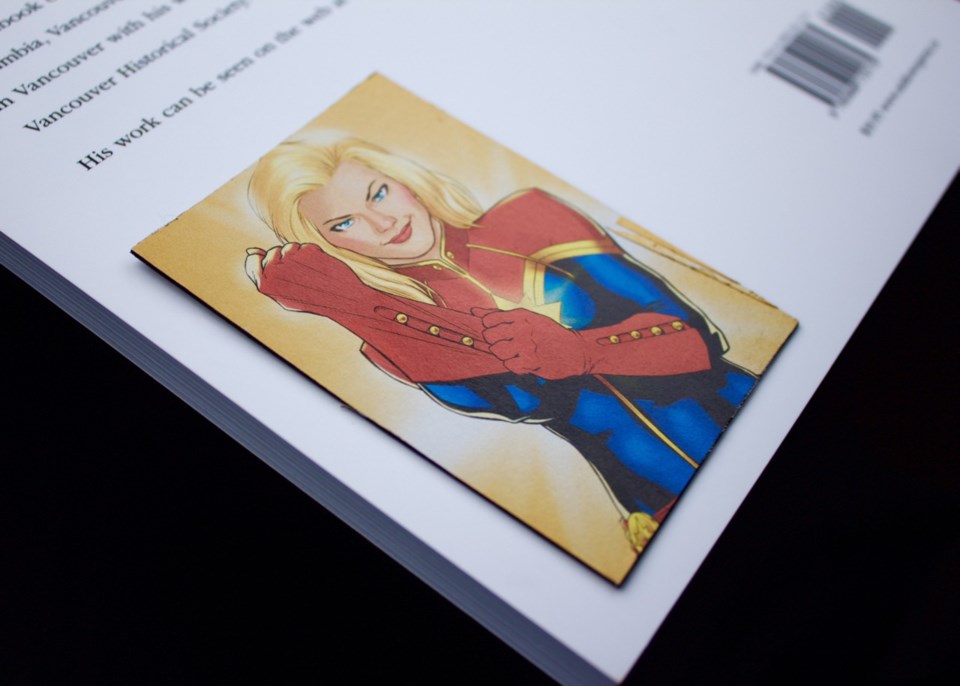 An upcycled magnet of Captain Marvel. Photo by Philip Moussavi