The Enlightened Nerd: Nerd Nite at the Vancouver Aquarium

The Enlightened Nerd is a column designed to enlighten the inner nerd in all of us through local whimsical and intellectual events, people, and places.
0
May 23, 2016 12:00 PM By: Karolina Kapusta 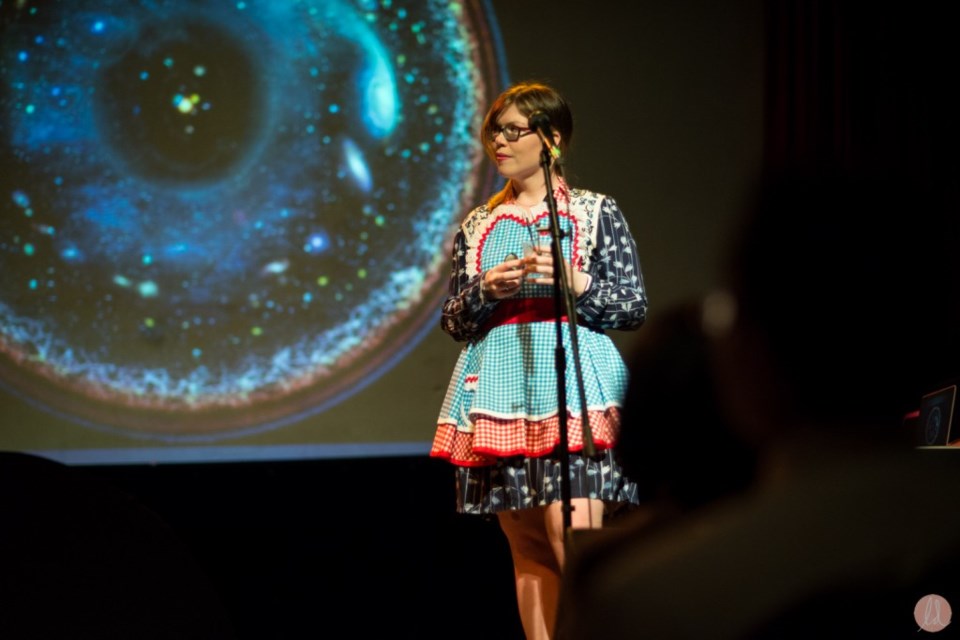 A previous Nerd Nite in Vancouver. Courtesy of Nerd Nite and photo taken by Lindsay’s Diet.

Remember “The Blob?” That terribly awesome/awesomely terrible sci-fi flick from the sixties about a gelatinous alien life substance that went around eating every body in town? Neither do I, but I do remember The Simpsons Treehouse of Horror XVII episode where Homer morphs into a very hungry blob that goes on a rampage around town eating everybody. Well, we can finally make some sense of it this week as Nerd Nite teams up with the Vancouver Aquarium to discuss and make sense of the horrifying blob, both in the film and in the ocean today.

Coincidentally, a similarly mysterious blob has been found floating in the water off the coast and speakers Dr. Philippe Tortell (biological/chemical oceanographer), Dr. Richard Dewey (holds a B.Sc. in Physics and a Ph.D. in Oceanography), and Michael van de Bos (film scholar, film history teacher and critic) will be presenting about it.

Nerd Nite is a worldwide event held in over 90 cities, including Vancouver. Similar to PechaKucha in its laidback and informal style, it involves 20-minute presentations from three speakers with room for discussing and drinking! I’ve heard that things can get pretty funky, often including trivia, math, acrobats and music all in the name of science, of course. 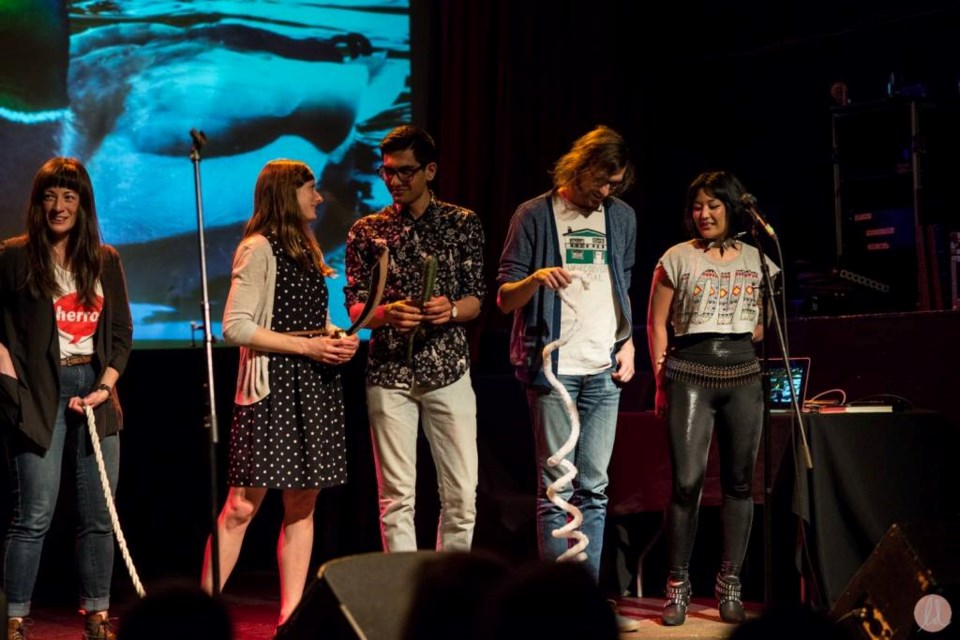 Photo courtesy of Nerd Nite and taken by Lindsay’s Diet

“Co-Bosses” Brandon, Kaylee, and Michael run Nerd Nite. Brandon works in visual effects and 3D animation, Kalyee is a passionate parasitologist, and Michael is an astronomy educator, and together they are an ultra smart and creative force.

“The Blob” (the 1958 version) played on Sunday May 22 at 1PM at The Cinematheque in conjunction with the Vancouver Aquarium for an all-ages screening but hopefully there are other avenues of catching it if you missed it.

As for Nerd Nite, be there or The Blob will get you!

Nerd Nite at the Aquarium

Tickets $8 for Aquarium members and $10 for non-members