Angel sings Whitney Houston’s I Wanna Dance With Somebody. Photo © lindsaysdiet.com Recently I find myself sitting on the side of a fence I was not sitting on before.
Sep 10, 2015 7:00 AM By: Janelle Lam 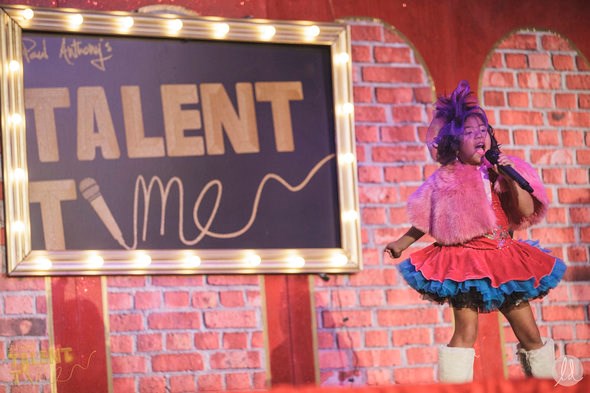 Recently I find myself sitting on the side of a fence I was not sitting on before. When I first walked in on Paul Anthony’s Talent Time for their season seven bonus episode “Summer Trip,” I had no idea what on Earth I was getting myself into. Since then I still have no idea what on Earth I’ve gotten myself into, but I have gained some insight into the local, cult phenomenon and the people behind it. This sort of back door access not only changed my perspective of certain things, but also turned watching the show into a very different experience.

Most notably I started looking at things very critically. What makes this entertaining? What is it that brings some people back time and time again? What is the actual nature of what I am watching? My conclusions were these: what made the show entertaining was the true variety of performers who graced the stage. What brought people back must have had something to do with the show’s honesty and relatable quality. As for the actual nature of the thing, well, I still haven’t quite answered that. 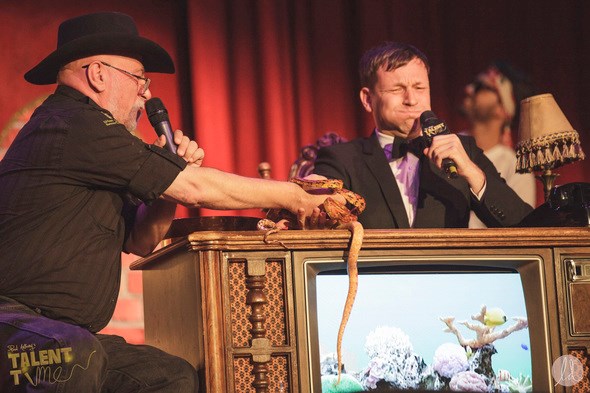 Like Forrest Gump’s chocolates, it’s a total crapshoot for what you’re going to get. Seeing a bill congregate an awkward comedian, a tiny diva, a small menagerie, and a troupe of angelic dancers was at times admirable and at other times a complete head trip. But mostly admirable. 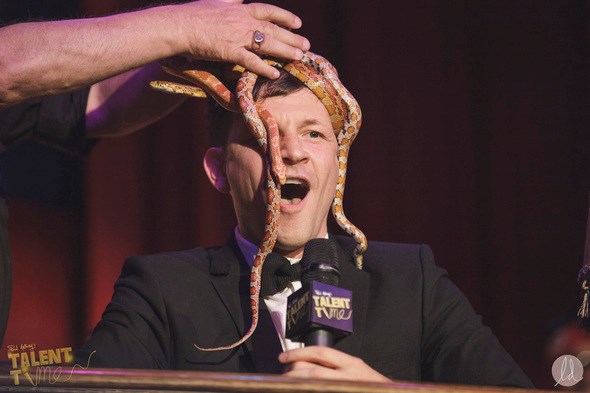 A little after the show over vodka and OJs Paul Anthony (the show’s host and mastermind) mentioned to me that he thought it was somewhat perplexing to have showcased such “high art” amongst acts that were of very different (not lesser) quality, and yet somehow not entirely out of place. Being that the show has totally established itself as something that doesn’t need any justification for any of the things it does, I was inclined to agree. The act he was referring to was the dancers of Cindy Yang Dance Academy of Canada, and because I am a little more accustomed to “high art” and spent thirteen years of my life learning the language of movement, the dancers were the highlight of my night. 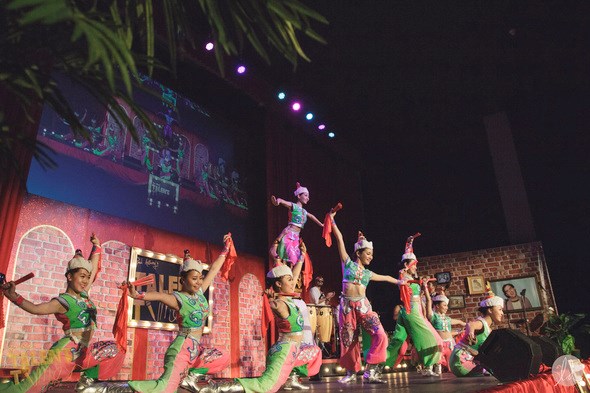 The dance academy, dedicated to bringing traditional Chinese dance to North America, performed two exquisite pieces, a duet entitled “Dream” and an ensemble number, “Dancing in the Prairie.” Watching both was like watching divine beings descended from Heaven, floating before my eyes. Something about witnessing an occurrence so graceful and so beautiful made me suddenly very conscious of my own mortality. Like I could die right then and disintegrate into nothing, but these beings would just float right back up to wherever God keeps his most precious treasures… But I digress. 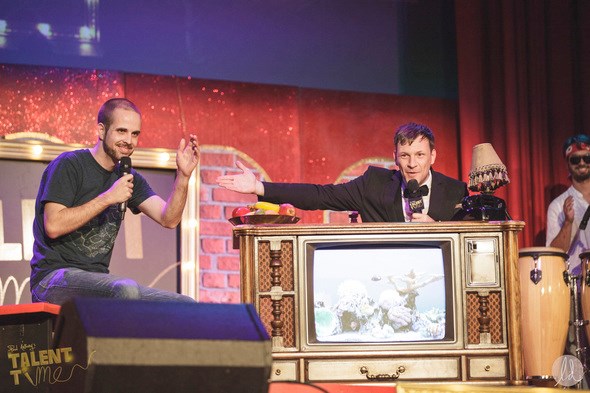 The rest of the show was enjoyable. Everyone around me was having a good time. My roommate, a Talent Time first-timer kept peering at me over her cider as if to inquire, “Sorry, what are we watching?” To which I could only shrug and shake my head, “Sorry, I have no clue.” And therein lies (or probably lies) the reason for why reading this article is maybe making you a little dizzy. 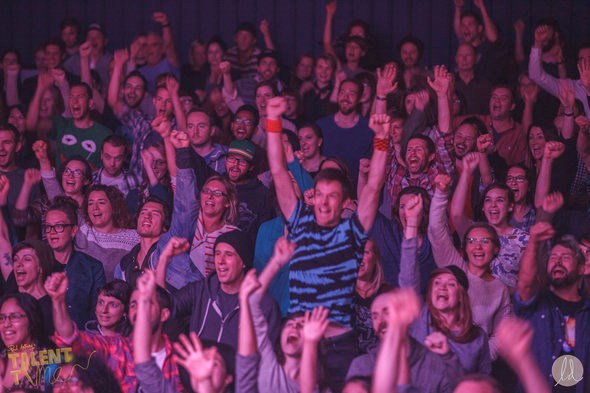 I cannot speak to what this show is. It defies definition – and does so very boldly. That being said, I am left only with my experiences to relate to you. As much as I could tell you that Chris James was hilarious and that tarantulas, even from a distance, are at once fascinating and terrifying – that was not the essence of my experience. My experience was: sometimes sitting in that theatre felt like sitting in a madhouse, but then I saw something that was so startlingly beautiful it put me back into reality. I believe it is these moments that make experiencing anything at all worth the time and effort. And, for me, sharing these experiences with others is one of life’s greatest rewards. I feel that Paul Anthony, a man who spends so much of his time sharing things with others, would likely say the same.

One observation I can attribute to the nature of the show is that is undeniably the product of a very passionate creator and several very dedicated contributors. 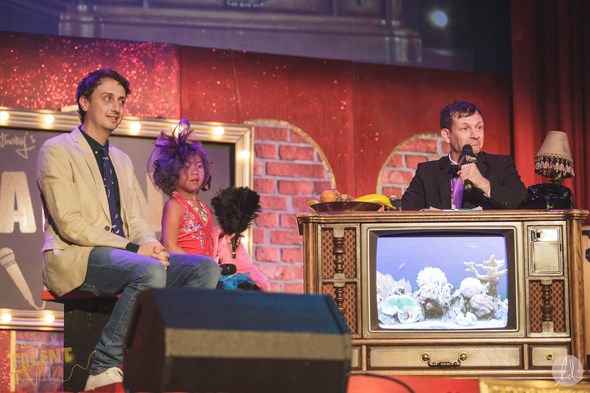 Watch full episodes of the television program on YouTube.   Paul Anthony's Talent Time currently airs 5 times a week on Shaw TV and everyday at 11pm & 1:30am on the Novus Network. Next live show will be Thursday, November 5th, at the Rio Theatre. Join the Facebook group for details.