Want in on an immersive new album by Washed Out , that hasn't even been released yet? Well you're in luck because Vancouver will be the first place worldwide where people can see & hear the album - party & screening at The Fox this Thursday!
0
Jun 26, 2017 11:42 AM By: Do604 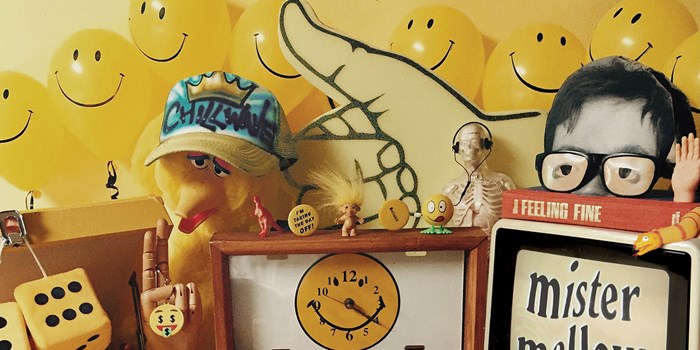 Want in on an immersive new album by Washed Out, that hasn't even been released yet? Well you're in luck because Vancouver will be the first place worldwide where people can see & hear the album - party & screening at The Fox this Thursday!

This Week's Playlist - listen to who we're recommending!

Subscribe to the playlist, or return back at the beginning of every week to hear who's the best of the best playing Vancouver.

at Larwill Park on Monday June 26

Hip hop/spoken word artist, beat-boxer and cultural dancer JB The First Lady will enlighten us on the perspective of urban indigenous women while empowering them at the same time!

at The Imperial on Monday June 26

Venture to a land where Elizabeth Powells' sultry howl will draw you in and freeze you in place while singing her secrets.

at The Orpheum on Tuesday June 27

See one of the great roots-rock troubadours up close and personal while his dash of cocky brashness fills The Orpheum.

at Stylus Records on Tuesday June 27

Known for taking advantage of angular and kinetic style while using unusual time signatures and song structures, this eccentric indie rock quartet will rock the night!

at The Ironworks on Wednesday June 28

Their bold, uncompromising and powerful music is on its own level. Free jazz that's cooking up a storm with boundless energy, enthusiasm and provocative abstraction.

at The Fox on Thursday June 29

Carving his own innovative sonic identity, Washed Out is inviting you to block out the absurdity of the world and party at his new album screening!

at Fortune on Thursday June 29

If you haven't heard "Dat $tick." then you gotta get on dat asap. Rich Chigga's deep voice and epic flow will get you feeling pumped and ready to take on the Canada Day long weekend!

at Vogue on Thursday June 29

Drifting past all boundaries, Kid Ink can flawlessly slip between street vibes to club vibes while throwing down sick hooks and impeccable verses.

at The Biltmore on Friday June 30

"Act Right" and come down to The Biltmore to see this Swaggy Filipino drop mad beats.

at Celebrities Underground on Friday June 30

We really hope Celebrities is ready for Octave One's groundbreaking Detroit techno and explosive energy because it's going to be a wild night.

at Media Club on Friday June 30

One of the last shows ever at The Media Club. Gnash Rambler's song "No One Gives A Fuck" is exactly how Vancouver's music venues are feeling.

at The Waldorf on Saturday July 1

One of the many awesome local artists playing at the Canada Day Block Party.

This Halifax indie rock band is bringing their strong lyrics and sturdy original rock jams to Richmond on Canada Day.

at Alexander on Sunday July 2

If this Toronto beauty doesn't steal your heart at Alexander then her hauntingly mesmerizing vocals will!

at Commodore on Monday July 3

Tiger Army has been honing their psycho-billy twists since 1995 and you gotta be at The Commodore to experience their mind blowing rock roots.