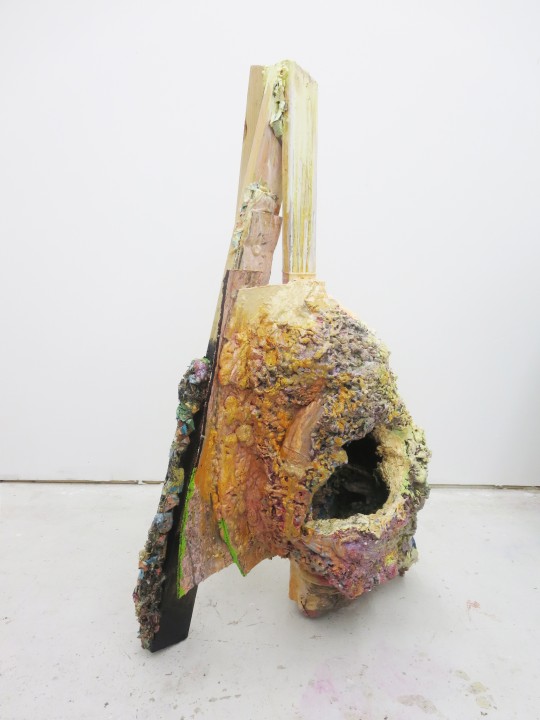 "The tactile quality of a thing is more reliable than memory," Kuh del Rosario tells me. "It's there, it's sitting in front of you. You can touch it, you can feel it, it's something you can go back to."

Just a few moments ago, del Rosario had fetched me from the Chinatown alleyway where I was loitering, admitting me via back-door into the studios behind the artist-run centre Unit/Pitt. Now, standing in the bright, subterranean space with Solo cups full of wine, we examine palm-sized, candy-coloured specimens laid out on her work table in a neat grid. Though they seem confectionary at first, or even geologic — many of them sport seductive crystalline surfaces — each object is completely synthetic, assembled from industrial foams, paints, and adhesives by del Rosario herself. The crystal, she tells me, is home-grown from a Borax-based concoction, the pastel palette harvested from a hardware store's "mis-tint" section. 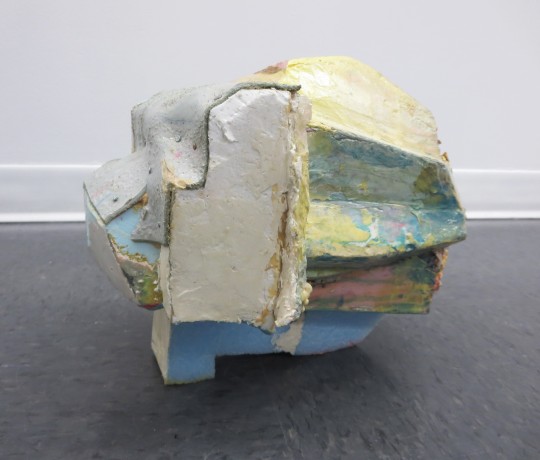 The mimetic quality of the work is beguiling; the linkages to caves, wasps' nests, amethyst geodes, and tropical reefs far outshine the architectural sources of their nascence. However, space is crucial to their experience, most vividly in the larger, body-sized works that are directly linked to gesture in its myriad subconscious forms.

"I was thinking about ways to cut into space," del Rosario says, "Still playing with colour as something that occupies a certain amount of space — that functions on the same ground as you. I'm not referencing the everyday world, but I am integrating lots of elements that hark back to that familiarity and elicit some kind of gut feeling — something that you want to get to know, that urges you to come in deeper, as opposed to being readily available."

One work, in progress and jutting up and out from the studio floor, is particularly stunning: a stillness with action. Here, a central aspect of del Rosario's work is demonstrated as she does not just contrast opposing materials, but creates a dynamic relationship between them.

"I'm sure everyone has an experience or memory about jabbing something hard into something that's softer," she offers. "These are gestures that we experience or execute on some unconscious, natural level." 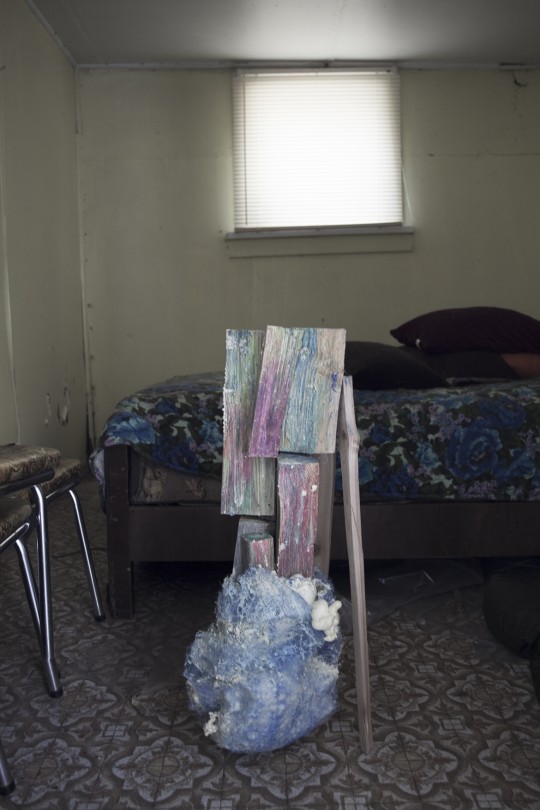 Seemingly inconsequential, gesture plays an integral role in the development of  identity — be it cultural, social, or individual. Del Rosario's investigations of it are not systematic as, say, Eadweard Muybridge's are, but instead are a ceding of rational control to the subconscious — the gestural source. The vestiges of process that she allows to linger in drips, fingerprints, accidents of material, further underline this intuitive way of working that is so crucial to art-making nowadays — the impulse to, somehow, edge closer to making something completely new.

Regarding the origins of her work, del Rosario points to her Philippine childhood, though she is quick to clarify that "it's not just about that one thing; it's about compounding the experience of being displaced — and having that memory be so potent that it becomes a reference point — with my experiences here." She divulges short moments of geographic tactility: the decorative arrangement of tires in a shanty-town, the whirling trash in the street, the colour of her grandparents' house and its attic filled, too, with objects that had become touchstones for memory. She weights this equally with her experience at ACAD, where she began painting figures in space only to do away with the figures — and the painting — as each became inadequate to how she wished to investigate space and its effect on human behaviour. She enjoyed sculpture because of its freeness and unpredictability, and most of all because of how ever-changing composition could be latent in sculptural form.

This evening, del Rosario will be performing as part of Spatial Poetics XIII (a fitting event for an artist so concerned with the poetics of space) in collaboration with her partner and graphic designer Ryan Romero. A confluence of art and design, the performance will be yet another step towards the relinquishment of control that del Rosario has been so fascinated by.

"I've been very much in control of how the pieces were created, but I am now going to be handing over a part of my process to somebody else," she says. "That's really interesting to me, because I've never really had to do that before."

Get in touch with Kuh del Rosario.