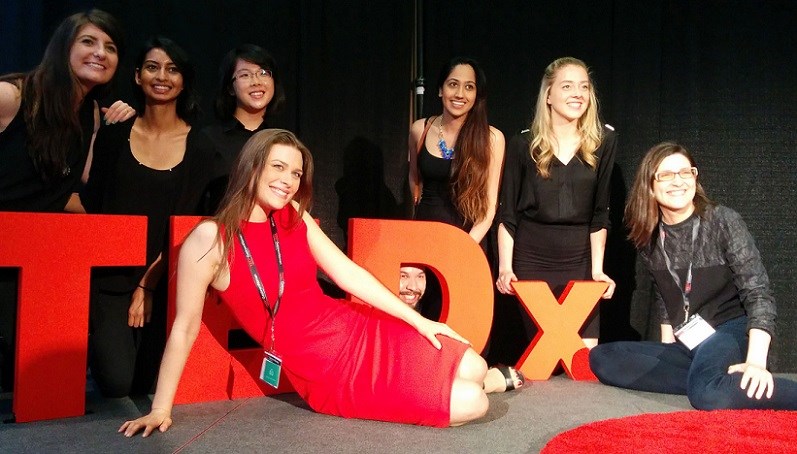 "Without fear, there's no fearlessness," said one speaker at the TEDxGastownWomen event last month.

Devon Brooks said each person is expected to have either fear or courage. "We work in absolutes." However, she said, we all live in the grey and it's possible to have both fear and courage at the same time. "We're all in the middle."

TEDxGastownWomen came to life when director Brittany Whitmore was working in the tech industry and realized the unique challenges when a gender minority exists. This year is its first year with 11 speakers and the theme of the event was "fearlessness."

Whitmore said we had tackled fearlessness from different angles from cultural to power dynamics to children. She wanted to something in the community that reflected its values and authenticity. "I want people to dream bigger and 'why not me?'"

The hardest part about anything is working through that initial fear, taking that first step & showing up for yourself- @tori_holmes #TED

Tori Holmes, one of the speakers, is the youngest person to have rowed across the Atlantic Ocean at 21.

Wanting to test the human spirit, she lived with a partner in a rowboat for three months. "The rowboat was the same size as a bathtub and just as wet."

Holmes went to companies to ask for sponsorship and she was honest. She's a Prairie girl of not any particular athletic build and wasn't a rower. Holmes wasn't surprised when companies looked at her proposals skeptically and rejected her but she kept at it.

To prepare for the challenge, she and her partner set up an emotional safeguard. They asked for letters of encouragement and hope from their family and friends.

At her breaking point when Holmes almost washed overboard, her partner pulled her back into the belly of the boat and gave her a letter from her dad.

Sweet and funny, the two lines about Vikings sailing wove itself into her head and the last two lines were, "P.S. Be nice to the Irish fellow. You might have to eat him later."

With chapped hands and face, Holmes rowed the last third of the journey with her father, repeating the lines about Vikings like a mantra.

"Fearing fear is a waste of energy," she said. "It's OK to be afraid. It makes you human. Sit with fear." 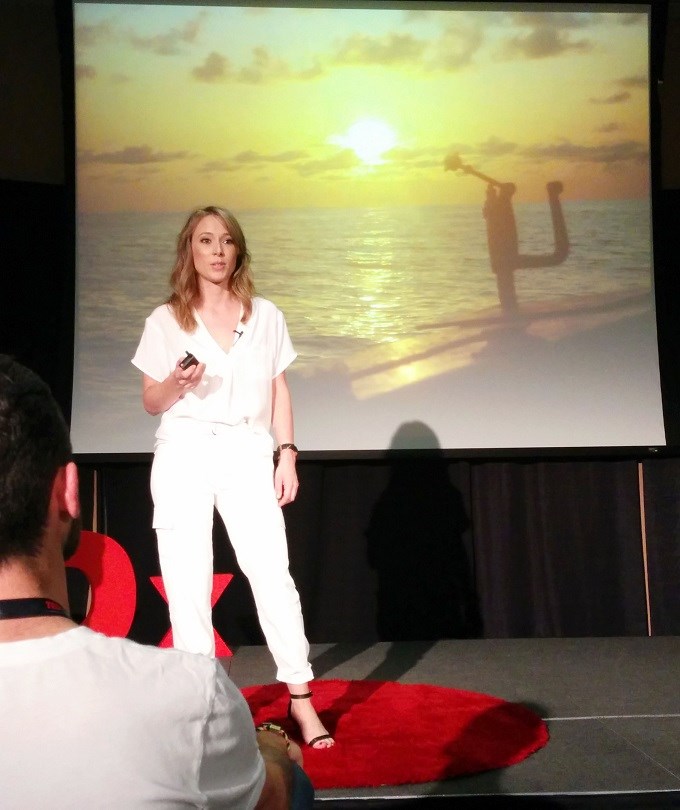 Tori Holmes faced her fears and shortcomings head on after getting a boost from her dad's words. Photo: Deanna Cheng

BCIT marketing student Meo Ho said Holmes just did it. "Fear was in her face and she overcame it."

Ho liked the topic of fearlessness. "I base a lot of my decisions on fear."

For example, she asks herself, "Why don't I sell my apartment and be a traveling yogi?" And Ho knows the answer.

"I'm afraid of coming back to nothing."

Listening to the speakers' stories and connecting with others who feel the same way, Ho found motivation and support. "I'm going to work on implementing my dreams. Putting actions to my words."

While pulling the event together, Whitmore herself learned a lot about leadership. "It's one thing to have a vision, another to execute it."

One of the obstacles the 27-year-old faced was letting go of the idea she had to do everything herself. "Trust your people and know they want to do a good job. Put them first."

She said it was just an idea a couple months ago but now it's happened and it was a great success. "Now I truly believe it for myself."

Whitmore is thinking of getting a bigger TEDx licence for a larger audience next year. "I love to entertain and inspire. I also love supporting women."