Top 20 Things to Do This Week: Mother Mother and More

Love them or hate them, Mother Mother will be kicking off their 5 show run this week. Fall in love with their tri-harmony vocals and explosive instrumentation at The Commodore.
0
Mar 20, 2017 1:00 PM By: Do604 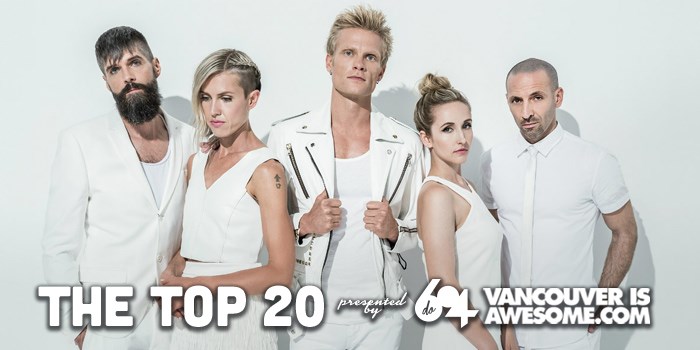 Love them or hate them, Mother Mother will be kicking off their 5 show run this week. Fall in love with their tri-harmony vocals and explosive instrumentation at The Commodore. Here are the 20 artists you must NOT miss this week in Vancouver, as picked by our city's #knowfun Selectors at Do604.

Subscribe to the playlist, or return back every Monday to hear who's the best of the best playing Vancouver.

Black Atlass at The Biltmore

Japandroids at The Commodore

Gliding guitar and echoing vocals will be filling The Commodore when this duo hits the stage with their newest material.

Koban at The Projection Room

Making waves with their dark post punk. It'll be deliciously grimy all night.

Fight your demons with Isaiah Rashad when you see his anxieties bleed out in his raps.

Meet one of the hottest production duos in Europe. Get lost in their polished vocals and heavy electronic sounds.

Shedding light on Vancouver's up and coming hiphop scene with their electro melodies and tight beats.

Three For Silver at The WISE Hall

Roaring bass with dreamy melodies. It'll remind you of home, yet wondering where home really is.

Princess Nokia at The Biltmore

Elvis Depressedly at The Biltmore Ballroom

The Enemy Feathers at Lanalou’s

Fly away from your nest and get lost with The Enemy Feathers at Lanalou's!

Why would you want to miss out on this pop princess?

Low Levels at The Cobalt

Feel fresh and recharged when Low Levels bring their brash rock n' roll to the stage.

Get a glimpse of Tortoledo's kaleidoscopic sea of elements through his wild vocals.

Shred Kelly at The Fox

Jam out with this rapidly rising folk pop quintet to their foot-stomping anthems.

This dream pop duo will make you feel heartbroken one moment and radiate with happiness the next.

Once James Zabiela gets on stage, all barriers between the music and you will disappear and you will become one with the hypnotizing melodies.

Anda Union at The Chan Centre

Rich and powerful Mongolian music that's on a mission to preserve old traditions and cultures.