“Comedy is tragedy plus time.” It’s been said many times by many comedians. I believe the original usage dates back to the great Carol Burnett.
0
Jan 19, 2011 10:00 AM By: Graham Clark

**************************************
In an effort to make a distinction between a comedian and a comic, legendary actor and comedian Ed Wynn said “A comedian say funny things. A comic says things funny.”  This was some time ago, before comedian and comic became interchangeable. The only reason I quoted him here is the part about saying things funny. There is a breed of comedian that has a knack for doing just that. People like Norm Macdonald, Phil Hartman, Jon Lovitz, Kristen Schaal or John C. Reilly all have voices that makes whatever they are talking about ten times more hysterical. Actor and improviser Ryan Beil possesses one of these wonderful voices. As a member of the Sunday Service, Beil puts his distinctive stamp on every character he creates.

You may know him from his work as the A&W guy in commercials, where he has done something rare indeed; made a commercial likeable.

The list of people I provided with fantastic comedic voices above are all more less exclusively comedic performers with the exception of John C. Reilly, who has been praised for both his improv ability and serious acting chops. This is another thing Ryan shares with Reilly. Last year Beil was nominated for four Jessie Richardson awards and came home with one for his acting work in Billy Bishop Goes To War. I had the pleasure of seeing him perform in a production of A Life in the Theatre alongside the wonderful David Bloom, and was witness to someone who can control the nature of his voice and tone to make you forget he can be funny at all.

If all that work wasn’t enough to cement a reputation of a versatile artist making his mark, Beil is one of the founders of Main Street Theatre, a small company that has been drawing rave reviews.

Through all of this, Ryan Beil is showing that he can say things funny, or just about any other way you could think of, and if you want to treat yourself, you’ll make sure to hear it for yourself.

If you would like to know more, you can go to:

Ryan was nice enough to answer some questions for Vancouver Is Awesome. 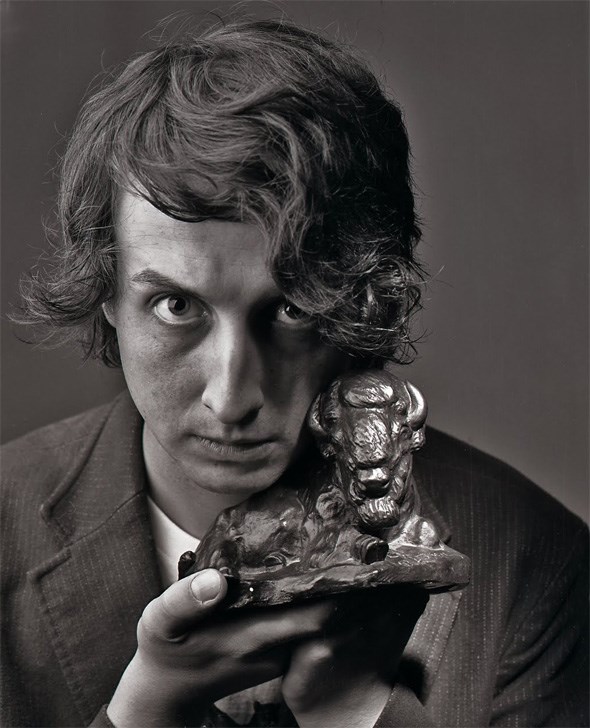 A couple nights ago, when I was recording/riffing/writing/jamming with my boys from the Sunday Service.  I don't mean this as a plug or nothing, but, that is honestly when it last occurred.  I'm an easy laugh to get (due to my high joy factor) and I happily get to work with the dudes who make me laugh the most...so...then.

I guess whatever myth hecklers and other shouty-types are working from.  The myth that it's cool to talk over or shout at someone performing a comedy bit.  Guess again!  It ISN'T cool.

This question stumped me, so, I just google-imaged "tired comedy premises" and the only thing that came back which makes any sense to put down as an answer was a poster for the Ashton Kutcher movie "The Killers" so...that one, I guess.  And maybe to get specific to Improv: I think we could all do with fewer characters named "Jimmy."

You are a serious actor in addition to being a comedic one and an improviser. What are some of the challenges involved with serious acting not found in comedy?

In serious acting, we get serious.  Serious situations laced within serious emotions that lead to serious resolutions.  But seriously.  For the most part, the challenges are the same for me whether I'm performing in a play, sketch, or improv-scene.  Performing is performing.  I may have more lines and cues and things to remember to do, in a play, but the goal is always the same: entertain the audience.  Story becomes more of a challenge in theatre, though.  When I am in a play, I am most concerned with telling the story, whereas when I am in a comedy-show, I am most concerned with getting the laugh.

When John Hodgman accepted the role of “PC” in the PC/Mac commercials, he was told it might mean the end of his acting career. Did you have any worries like that with A&W?

None whatsoever.  I was like: "money, money, money, money!"  But to be fair, no one ever sat me down at any point and gave me a good stern talking to, like John Hodgman seems to have gotten.  No one ever told ME there might be consequences.  And to be totally honest, there haven't been.  None.  If anything, it's helped build the Beil-buzz. And from the get go, everyone involved in the production of the commercials (directors, producers, writers) have been legitimately very funny people...which is incredibly rare in the world of advertising.

What does improv give you that sketch cannot?

Is your comedic voice more the result of looking inward or outward?

Outward.  There isn't all that much inward.  That's why I chose to become an actor.  I find other people way more interesting than myself.  So I pretend to be them!  For money.

Because it's where I live.

There's a dude named George Basil, and he performs with an improv group called 4-track.  If you ever see either of those names...watch them or say hi.

What is your favorite joke (street of otherwise)?

It's a Polish joke.  Which is totally cool, because I am Polish.  But, I don't think I'll write it out just to be safe.  Let's just say it does not end well for Mr. Dobranski!

This herring sale is happening in Metro Vancouver to help kids with cancer
Jan 23, 2020 5:41 PM
Comments
We welcome your feedback and encourage you to share your thoughts on this story. We ask that you be respectful of others and their points of view, refrain from personal attacks and stay on topic. To learn about our commenting policies and how we moderate, please read our Community Guidelines.