Vancouver is arguably the most beautiful and expensive city in the world to live in. For most, the goal is simply to live IN it. We all have to work, and work hard to keep up with Our Lady of VanCity, but there are a select few who know the score.
Kelsey Klassen
Nov 23, 2011 10:28 AM 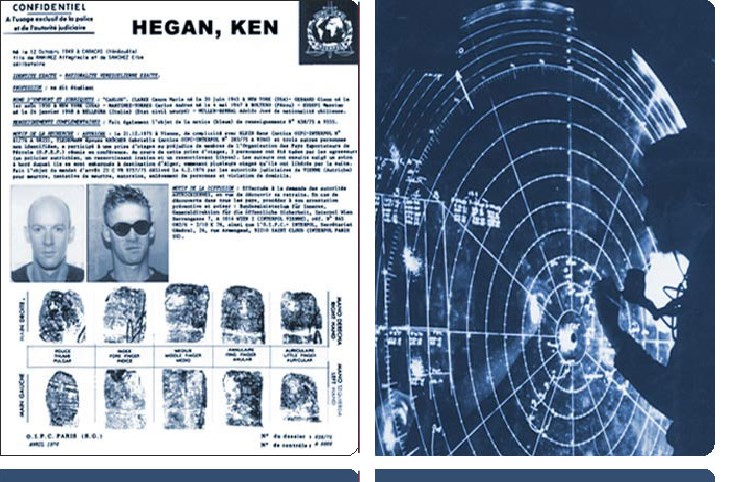 Award-winning travel writer and TV screenwriter, Rolling Stone contributeur and newsfeed humorist Ken Hegan was a given for this series. We first met through another writer friend, Dave Dormer (sorry Dave - you don't get to travel for a living) and I was immediately intrigued by the Voice of Treason business card that was added to the top of my stack. A quick peek at his website revealed CTV, Discovery, W, The Comedy Network and CBC as a few of the television networks he's contributed to. I don't have a TV, so I can't attest to his small screen skills, but his most recent gig as an MSN and National Post travel writer is a constant source of amusement (and jealousy) for his readers and has allowed his razor sharp sense of humor to shine. Effortlessly capturing the farcical nature of travel the way we've all experienced it, Hegan is one of the most entertaining writers I follow.

Hegan was also a writer on CTV's Open Essay of the Vancouver 2010 Olympic Winter Games, a risky choice for the network, given he can apparently "kill people with a single glance" and has "tens and tens of fans." 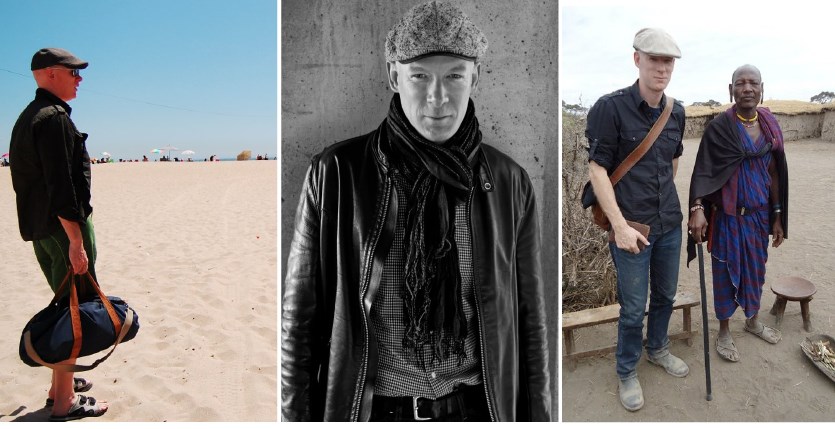 How did this writing thing happen?

When I was a teenager, my dream job was becoming a world-famous Rolling Stone journalist like Hunter S. Thompson. I loved his muscular writing style. At his best, he was lethally smart, sharp, and comedic. So I decided I really wanted to write comedic articles. I figured since I hadn’t gone to journalism school, I’d have to try five times as hard. That meant that I’d write a fresh fun article every couple of weeks. Then I’d polish it until it was so tight and funny, newspaper/magazine editors would have to say yes.

So I did it. I got up early or stayed late after work at my day job. For months and months, I kept writing fresh articles and faxing them to every newspaper in Vancouver and across Canada, like The Province, Sun, Globe and Mail, Vancouver magazine, and the Georgia Straight. I sent the same article everywhere. Soon the Sun started printing my stuff and the impact was immediate. My sarcastic style generated a lot of letters to the editor.

For over a year, however, the Georgia Straight just never responded. It took 18 months of getting published in the Sun (and getting nominated for BC Newspaper Awards) before the editor at the Straight invited me out for a drink. He said, “I bet you thought you’d never hear back from me.” And then he started quoting his favourite parts of my articles that he was going to buy before he read them published in that weekend’s Vancouver Sun.

That night, he asked me to pitch him stuff. The result? I wrote a funny cover story for them on mascot abuse. It won a National Magazine Award for Best Humour Article.

Years later, I submitted that mascot story to Rolling Stone. They loved it, I rewrote it, and soon I wrote 3 features for Rolling Stone, the same mag that Hunter S. Thompson wrote for all those years before.

Now that I’ve been in Rolling Stone, it gets a helluva lot easier to get the attention of editors, film, and TV producers. And it’s all because of respectful persistence. That’s the key to success. I mean, if I gave up after submitting my first few articles to the Georgia Straight, after never hearing back, I wouldn’t have been published in Rolling Stone and I would’ve had far less success.

Anyway, they needed a writer, and I’d written and performed some fun stories on CBC Radio that made fun of Canadian celebrities. They were called Farley Mowat Ate My Brother, Anne Murray is Stalking Me, Mr. Dressup Owes Me Fifty Bucks, and William Shatner Lent Me His Hairpiece.

So I dropped off a package of my work at CBC. They invited me for an interview, For some reason, I wore bowling shoes and a burgundy blazer. I guess they liked that (or were willing to overlook it), because they hired me to be their writer/announcer. Talented bunch of people. And that CBC show is how I got my start making short films.

Which do you prefer?

TV pays better and you have to work on teams, in person. I like that. But my magazine/newspaper/online articles are where I get to be the sole, driving creative force. When I write my travel articles for MSN and The National Post, I get to take a fun idea and run with it, and have the satisfaction of knowing it’s all mine except for all the ideas I borrow/steal from all my smart and funny friends.

My best TV screening, ever, was after I was hired to cowrite the Opening Essay for CTV’s coverage of the 2010 Olympics. My chief was Don Young at CTV and he wanted me to write a time capsule for all 33 million Canadians to be proud of.

Super inspiring to write. Then it was narrated (at first) by Donald Sutherland. The final version was 6 minutes long and seen by 13 million viewers. And I got to see it on opening night of the Olympics with good friends and 1,000 cheering people in the Vogue theatre on Granville. Brilliant moment.

3)    Develop a style, a voice, something fresh and taut.

4)    Respectful persistence is your ticket to success.

Why do you love your job?

I get paid to travel. It’s a dream job.

Get up. Coffee. Kiss girlfriend. Walk dog. Find your writing place. Turn off the phone. Start writing. Keep at it. Drink more coffee. Write something down so you have something to change. Enhance. Edit. Tighten. Repeat.

How much are you based out of Vancouver these days?

After 4 years in Toronto, Vancouver’s my home base again.

How do you relax?

I’m a huge hot tub fan. If you’re reading this and you’re having a hot tub party, do invite me. I want to host a TV show where I review the world’s hot tubs.

Do you have a signature/quirk you're known for?

I know that I use the words ‘wretched’ and ‘jerry-rigged’ more than any others. Other than that, people have said that my travel writing has a man-child-scamp quality to it.

Is there a person you think is possibly your peer?

I usually just read my own stuff, but I think my friend Dennis Heaton is an extremely talented TV writer.

Coolest thing you've gotten to do?

I enjoyed interviewing William Shatner at his office in L.A. for a Zoomer magazine cover story. At 80 years old, Bill Shatner has more energy and twinkle in his eyes than two 40-year-olds on a Viagra and Red Bull bender. He was incredibly inspirational, encouraging, and wise. I loved that interview. We both came out of that one with big smiles on our faces.

I see the world’s most beautiful places and eat fantastic food and beverages with some truly interesting writers like my writer buddies Robin Esrock and Dave Dormer. Met them in Havana last summer and we became fast friends on the Cuban government’s dime.

If you were on a Deserted island Lord of the Flies style, what skills would keep you off the lunch menu?

I’m a wicked fast runner, plus I’m good at tricking people by pointing and saying “Wow, look at that,” and I’ve done the research on kill-or-be-killed games by studying Battle Royale, the Japanese splatter/action film where schoolkids kill each other off one by one in truly inventive ways.

Writing the outline for a sports documentary for Frantic Films, a Winnipeg-based TV company. For my last TV project, they hired me to cowrite their CBC doc, Fuelled by Passion, about the return of the Winnipeg Jets.

I have the strength of ten men.

My life is fantastic and I'm surrounded by love.

Favourite hockey team: the Boston Bruins. No lie. Loved them my whole life. June 15th was one of the best nights of my life.

You can experience a Christmas-themed haunted house in Metro Vancouver this month
Dec 6, 2021 12:29 PM