Thousands will flock to the streets of Vancouver for the Vaisakhi parade and community gathering that is perhaps best known for its free food.
0
Apr 9, 2019 10:25 AM By: Lindsay William-Ross

The annual Vaisakhi Festival is a special time to Sikhs and Punjabi all over the world, and it’s celebrated in vibrant style right here with two prominent festivals and parades in Vancouver and Surrey. 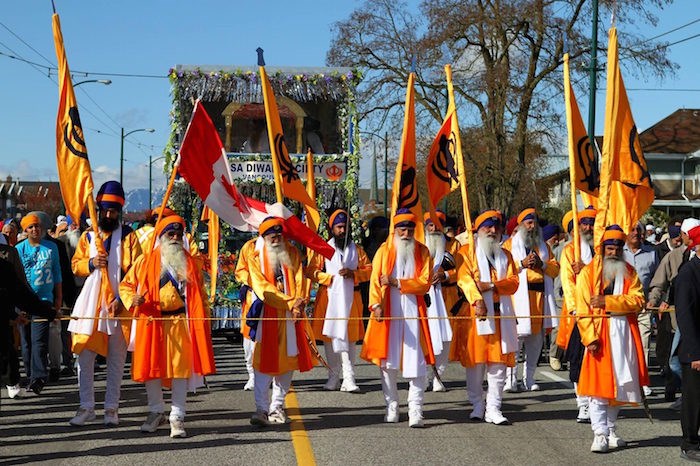 While Vaisakhi “has become a holy day to mark the birth of the Khalsa fraternity,” according to Vancouver’s Khasla Diwan Society, the Vancouver parade organizers, it is predominantly a harvest festival.

This year, the Vancouver Vaisakhi Parade and festival takes place on Saturday, April 13, taking over several streets in southeast Vancouver. It is one of the largest Sikh parades in the world.

Thousands will flock to the streets for a parade and community gathering that is perhaps best known for its free food.

Food is distributed during Vaisakhi as a way to show thanks for the abundance of the harvest and to share with others in the community. You’ll find all sorts of food being handed out in the festival and parade zones from local businesses and residents, from pizza and potato chips to more traditional fare, including hand-held eats like samosa and pakoras or sweet treats.

Much of the food is hand-made by volunteers, though, and is doled out by the generous plateful. It’s a great time to get a taste of the community and rich cultural heritage.

A week following the big Vancouver parade you can experience Surrey's Vaisakhi Parade, on Saturday, April 20.