Vancouver artist David Wilson explores this theme in his latest exhibition Everywhere From Here, which offers an opportunity to view the city from a different vantage point. 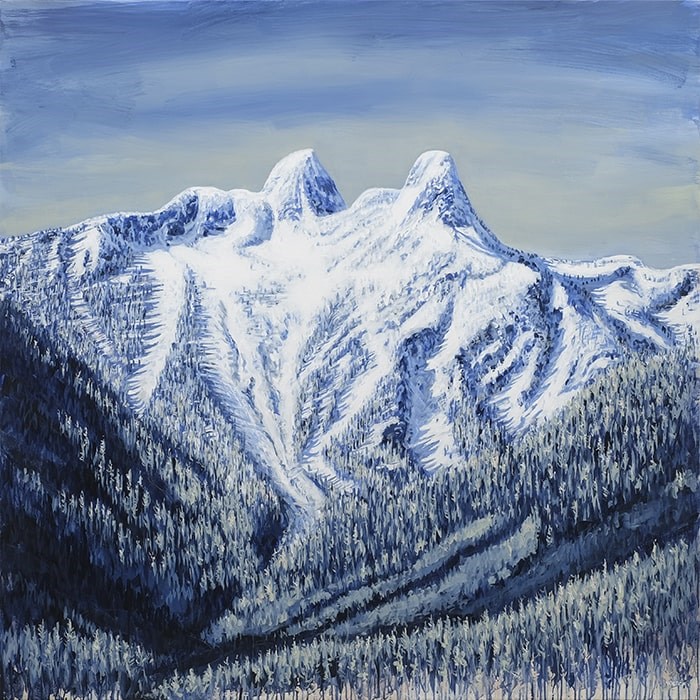 A painting by Vancouver Artist David Wilson titled ‘From Here’ in his latest exhibition, ‘Everywhere from Here.’ Photo: David Wilson

Known for his gorgeous, sometimes noir-ish urban scenes, Wilson, who has worked as an artist for the past 15 years, has turned his eye to one of the Lower Mainland’s most identifiable natural landmarks—The Lions.

“When I step out into the City in search of subject matter, my eyes inevitably fall upon both the ocean and the mountains that hem our city in,” Wilson explained.

“This is the geography that binds us and defines who we are and how we live.

“Of those boundaries most visible are The Lions, twin summits rising high above Vancouver, standing out as one of the city’s most recognizable landmarks."

In his latest acrylic works, Wilson takes those twin summits as his starting point. First, there are the Lions themselves, painted in all their majestic blue-and-white glory. In the rest of his work, Wilson imagines the city as seen from the vantage point of the mountains.

“All the other works are subjects that figuratively unfold in the city under their gaze,” Wilson said. 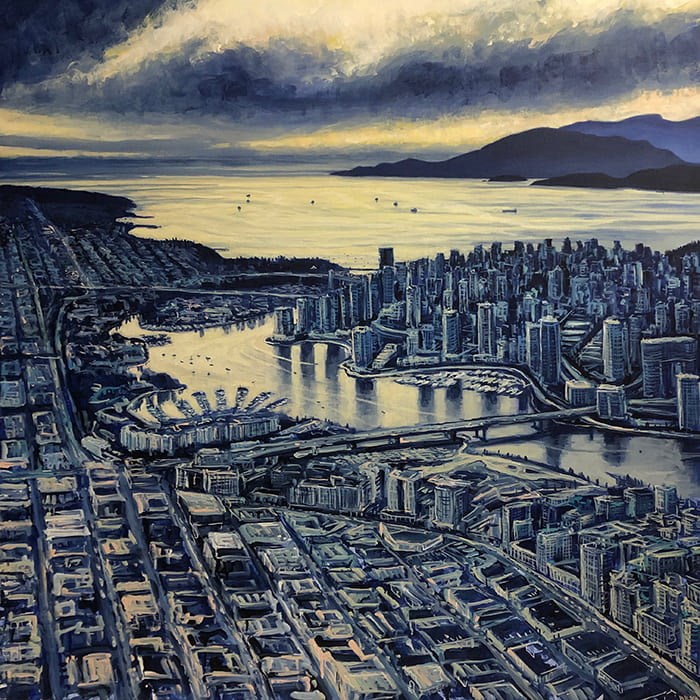 A painting by Vancouver Artist David Wilson titled ‘The Other Side’ in his latest exhibition, ‘Everywhere from Here.’ Photo: David Wilson

“I don’t know that you can actually see The Lions from each location, but in essence they fall under the view of those peaks."

As an urban painter, especially of Vancouver, Wilson said he’d seen great changes occur throughout the city over the years.

“Even though viewers may see a familiar and even comforting landscape, my work is largely about change and decay," he said.

"All my subjects are transitory, shifting from one state into another, both physically and within our memories. 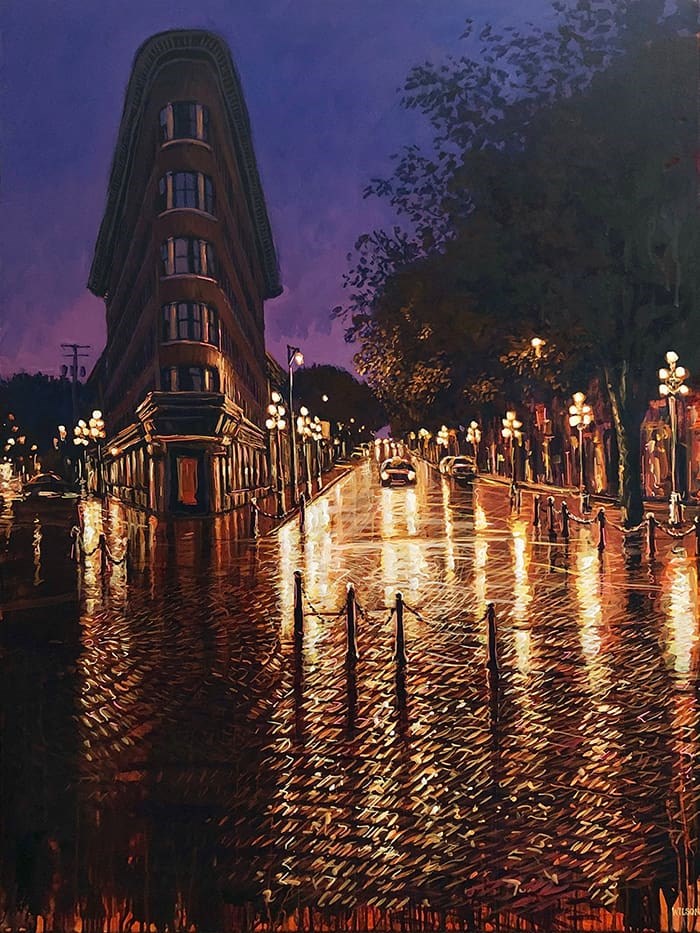 “Some of what I once painted no longer exists, has been reconfigured or is now blocked from view by another newer and larger building. Often it’s so subtle I don’t even recognize it until I sit down to paint and realize that what was once familiar has a new structure to include, or something that was once familiar is now missing.

Wilson said The Lions, on the other hand, formed millions of years ago and the two peaks had since kept watch over what is now Metro Vancouver.

“Their gaze never shifts,” he said. 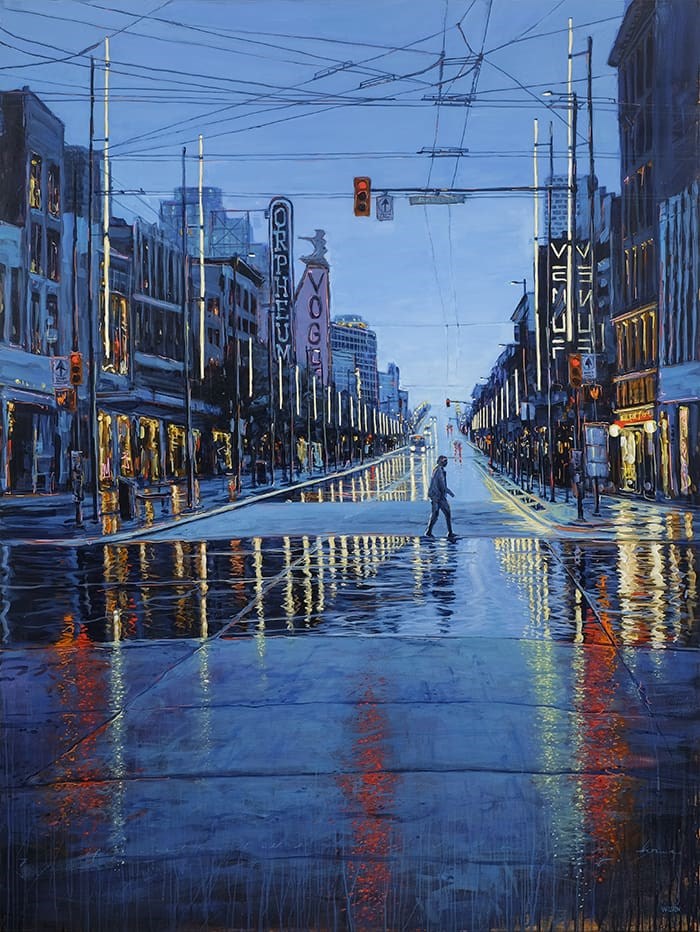 A painting by Vancouver Artist David Wilson titled ‘All I want’ in his latest exhibition, ‘Everywhere from Here.’ Photo: David Wilson

Further to his views of an ever-changing city, Wilson said watching the seasons shift on the mountains acted as a “reminder of our brevity, that life is short.”

"Life is indeed fleeting, ever changing and something that I want to make the very most of,” he said.

A painting by Vancouver Artist David Wilson titled ‘Almost There’ in his latest exhibition, ‘Everywhere from Here.’ Photo: David Wilson