Sára Molčan, known for her exploration of how social media penetrates daily existence, is set to launch her latest thought provoking art series.

The one-day exhibit, LOVE/MADNESS, examines the relationship between social media, love, identity, trauma and our constant want for attention. 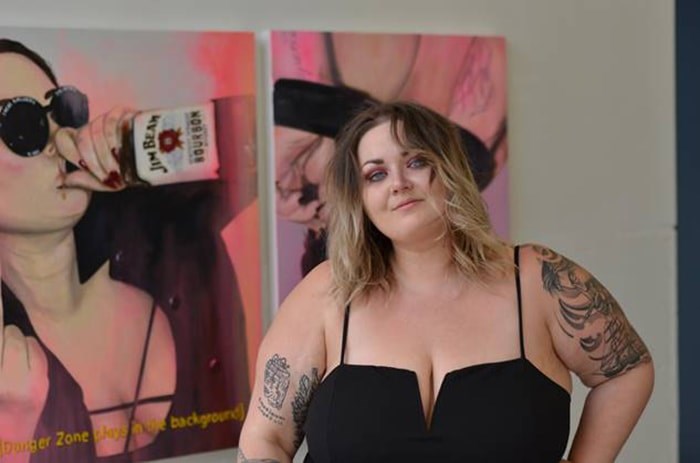 Molčan captures the universal desire to be liked through large-scale oil paintings and ads an extra layer of excitement with augmented reality. Viewers will be able to pan their phone over certain artworks to unlock animations and pop-ups, which further push the story behind her work.

“The show touches on our want to exist as much as wanting to be seen by someone,” Molčan told Vancouver Is Awesome.

Using herself as her muse, the artwork confronts how people curate and edit their lives on social media to appeal to audiences.

“With the 16 paintings that I’m debuting there are a few stories. It’s almost like an ensemble movie where I’m the only visible cast member. As much as I am my own muse, my life is my muse and it involves so many other people and it involves society in general. So it’s me, but it is also everyone.”

She takes experiences from the digital world and recreates them in analogue format – including Snapchat snaps, Instagram stories, selfies, texting, and sexting.

“My work is quite photo realistic now,” Molčan said. “I take text messages and paint them – they are not real conversations but they are meant to be universal.

“The most common feedback I get is: ‘ I feel like you stole something out of my phone.’

“It’s proof that it’s universal how relationships have shifted into this format where we rely on technology to communicate so much that it becomes a universal experience.”

Molčan has gone through somewhat of a personal journey through her art, sharing more about herself and her personal struggles with each exhibition.

In her earlier work, she expressed her emotions through distorted images.

“I would paint the figure and then I would cover up the face. A lot of that had to do with not really understanding or being comfortable with who I am,” Molčan explained.

“Instead of ever painting myself or anything that represented me, I tried to channel my emotions through paint in a different way. But it really wasn’t as fulfilling as telling my own story.”

In her 2018 exhibition, Casually Indifferent, Molčan explored how trauma changes the way a person interacts with other people and the way people present themselves to the world through social media.

“For me, I came out of a very abusive relationship that I was in for nine years,” Molčan said.

“So it was a culmination of taking a closer look at how I interact with people and why, but also, it was addressing the combination of wanting everything to appear like it is perfect, while in fact it is not.” 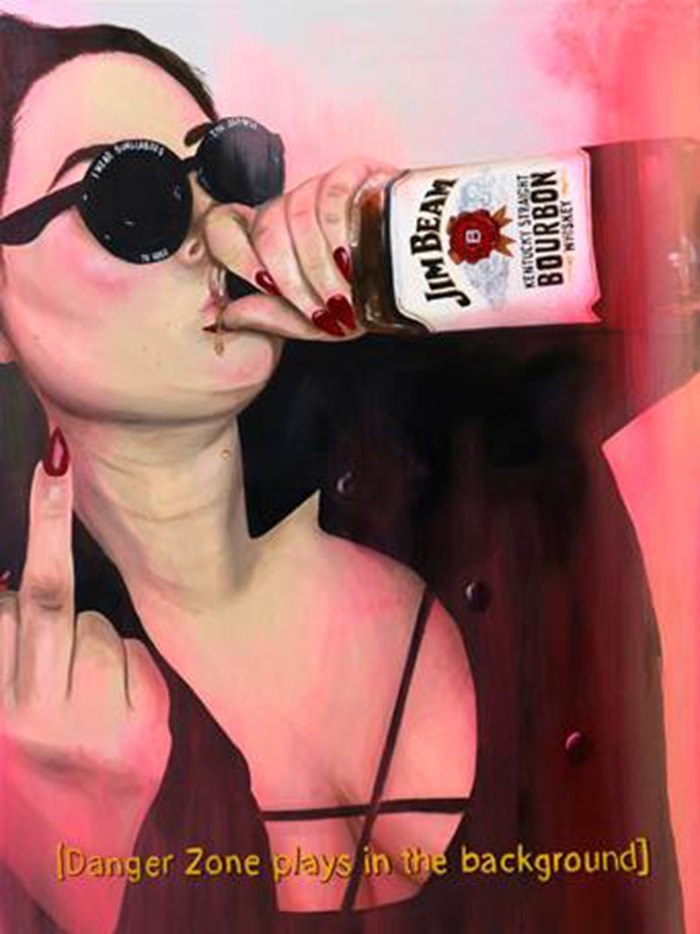 Her latest work continues her exploration of relationships and delves into some of the implications involved when relationships are predominantly digital.

Molčan hopes LOVE/MADNESS will inspire personal reflection among viewers and evoke feelings through its relatable content.

Viewers are encouraged to download the phone app EyeJack – which will allow them to activate the hidden animations and pop ups within some of the artworks.

People are also welcome to take photographs and share Molčan’s work via social media to continue her cycle of “removing something from the digital world and then putting it back.”

When it comes to social media and self-portrayal, Molčan said, like many others, she’s still figuring it out.

“Every art series that comes, I’m thinking about social media because it is so ingrained in who we are now,” she said.

“Through this series it became really clear to me that I am just pixels – I only exist as much as I am willing to put out.

“Everything is a statement.”

LOVE/MADNESS features at The Arts Factory on Aug 23rd, 2019.