Vancouver based band "We Are the City" made the longest film ever.

That’s the banner for the project known as “24/7” created by Vancouver-based band We Are the City. More baffling than the concept of a 360-hour movie however, is how it came to be. 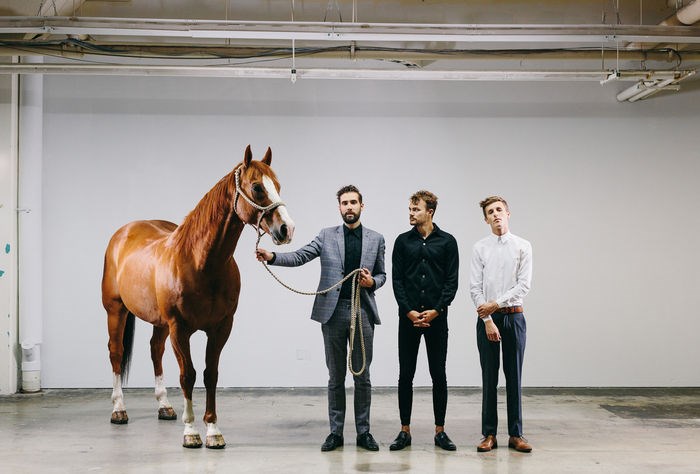 We Are the City is a progressive rock band that was formed in 2008. The current band members are Cayne McKenzie who helms the keyboard and vocals, drummer Andy Huculiak, and guitarist David Menzel.

I recently got to talk with David to discuss their upcoming show at the Imperial this Friday (March 11) and find out more about the undertaking of this bizarre project. This will be the band’s first headlining show in Vancouver in over 2 years.

The band recently released “Above Club” which you can find on their bandcamp account. To promote the album, the band live streamed and recorded their creation and recording of the album from a secret location somewhere in Serbia.

After the stream had ended, the band compiled all the footage and decided to release the final product as a film.

But here’s the thing: it was all an act.

Not only was the band not in Serbia, the album “Above Club” had already been recorded months earlier, which the band had kept secret. The reason the band chose to include Serbia in their fiction was because they figured that it would be a pretty good place to supposedly record an album in secret.

It would seem Canada is too.

“The mythology behind the project was that we were in Serbia, recording this record, and you could watch us record it.” Says David about the film. For 15 days We Are the City recorded themselves creating an album that had already been created; a performance art piece that required some serious determination.

Now obviously the term "movie" can be interpreted a number of ways but what sets "24/7" apart from, say, CCTV footage, is the fact that not only did the band go through and edit the whole thing, but other actors were involved and they also composed a score for the film.

“We made it for hard-core fans.” said David. Currently, you can pre-order a copy of the film on their website. The film is being shipped physically on custom hard drives due to the movie’s length, a whopping 250 gb.

Clearly this movie isn’t for everyone, working through a 360-hour movie is an intense feat that would deserve as much praise as the creation of the film itself. That said, if you are a fan of We Are the City, this will be something too interesting not to check out. The band is currently in talks with Guinness World Records to claim an official title for the longest film.

If you’d like to see in person what it is that We Are the City does without sitting through a movie as long as time itself, they are playing a show this Friday (March 11) at The Imperial.

Check out the band:

All photos by Kirsten Huculiak