For some of Vancouver's homeless, getting a job is easier said than done

So often people on the streets are labelled lazy, but really it is the exact opposite. Imagine being so focused day to day on mere survival and not having all the tools at hand we take for granted when it comes to job-hunting.
0
Nov 7, 2018 10:56 AM By: Rachel Way

Robert: A little kindness can go a long way 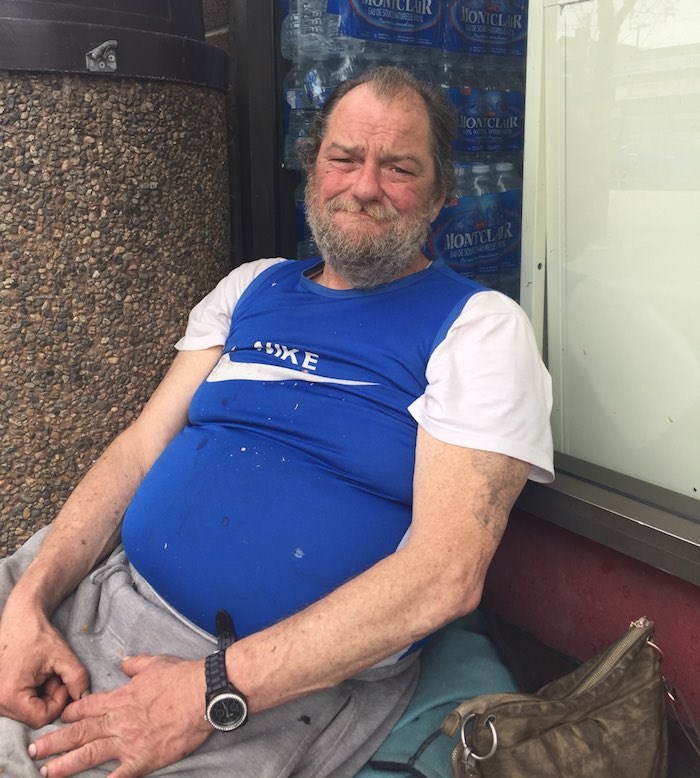 As I walked into Subway and stood in the never-ending line up that is the lunch time rush, I was humbled to see a man walk in with another who seemed to be a little hard on his luck. It was easy to see that the first man was treating the other to a lunch.

The first man went into the washroom and the other explained to me that he was being treated to lunch, and that this made his day even better, as the sun and the amount of bottles he had collected put him into a good mood.

When the other man came back I began talking to him and told him how kind I thought it was of him to do this. He said that it really wasn’t that big of a deal and that he was happy to do what he could to help. I realized that the man was right in buying him a sandwich but wrong in saying that it wasn’t a big deal, because from the other’s eyes it really was. That small act of kindness was an event that made a big impact on his life--and on mine.

So often we label people who led revolutions, saved entire groups of people, or did some major act that received worldwide attention as heroes, but small acts of kindness, like the one I saw in Subway, are still valuable, meaningful acts. It will never make it to the news that this sandwich was purchased, you won’t read it in headlines or hear about it on the radio, but it is still valuable because it had an impact on someone’s life. No act of kindness is too small, no act of kindness means nothing or goes unnoticed.

We can all be a hero, we can all make someone smile, buy them a coffee, or make a day.

In my usual fashion, after speaking with this man I soon learned his name was Robert. I told Robert about my project and he began to share with me his interesting and inspiring story.

He shared with me stories of hardship and struggle yet extreme optimism and strength. Robert explained that he grew up on a farm with his sisters, but before he was able to graduate high school he had to drop out to help out on the farm when times got hard. With no income and no education Robert was forced into a life on the streets, to a life of collecting cans and searching for a safe place to sleep. Robert said that although life can be hard at times, he still continues to be overwhelmed by acts of kindness like the one he had experienced that day. From people buying him some food, to giving some cash or handing over their bottles and cans, Robert continues to be humbled by the kindness of strangers.

Robert's life on the streets was one of community. He explained to me that through his journey he has met many friends in similar situations. They all look out for one another and stick together, like a family. Robert's optimism and ability to see the good even in the face of adversity was incredibly inspiring to me and reminded me to always live with gratitude.

Robert revealed, with no prompting whatsoever, that he wanted to get a job. He explained to me he would love to be employed, but he is spending all of his time on survival rather than trying to get a job. Robert's words really hit me. To think that he goes day by day just trying to get by, collecting enough cans to buy food and spending the day trying to find shelter, there really is no time to get a job.

I guess in a way I never realized just how difficult it really was to be homeless. So often people on the streets are labelled lazy, but really it is the exact opposite. Sometimes life has a way of treating us unfairly and I hope we can all pause and think, if I was in that situation what would I do? It is easy to say that I would get a job and clean myself up, but really, if you look at the day to day tasks of finding food, money, water and a safe place to sleep, it's a lot more difficult than that. Then on top of all of it, you'd have to find access to a computer, employment services, a shower, and clean clothes for the chance you might get a job. Some of these people don't even have a birth certificate or any form of ID.

I challenge us all to reflect and try to walk a mile in their shoes. Practice a little empathy and realize that we really don't know the half of what these people face every day. I hope we can all learn from Robert's story that a little empathy and a little act of kindness can go a long way.