Thank you Sunny and Stormy for being such an inspiration and being open to sharing your stories of strength in the face of hardship to teach us all a little something about courage.
0
Nov 21, 2018 11:34 AM By: Rachel Way

Sunny and Stormy: Two young people who embody the definition of strength 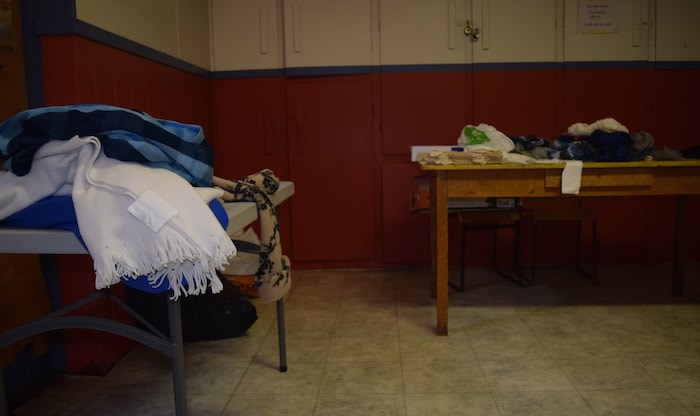 Volunteering at the soup kitchen last Thursday, I came across two people my age whose stories intrigued me and bravery left me stunned...

After getting off for summer break, I decided to go volunteer at the soup kitchen. With it being the Thursday before pay week it was very busy and we were left on our toes serving the many people that walked through the door. After the rush settled, I had a moment to look around the room. I noticed in the back corner there were two people who seemed to be about my age.

I wandered over to the back of the room and asked if I could join them. We sat and chatted for a while and I then told them about my project. They were keen to talk with me but explained that they didn't want their picture taken or their real names to be attached to the article. So their names have been changed in order to protect their privacy.

I was immediately inspired by their courage and perseverance. As I began speaking with my new friends, Sunny and Stormy, they began to share with me stories of overcoming tremendous hardship and remarkable perseverance.

Sunny shared how he had been homeless for seven months. With a bag and bike in hand he ventured around the Lower Mainland looking for a safe place to stay and for his next meal, which is where he found the Holy Trinity Soup Kitchen. Sunny has now beat his homelessness but grew to enjoy the community and atmosphere which eventually became a part of his routine. He explained to me that he now has a place to live and is supported by a team called the ACT team which is a great resource for him assisting with his medications and assuring he takes them regularly. When Sunny met Stormy, a young, brave girl, he introduced her to the Holy Trinity community which she has been a part of ever since.

When I first met Stormy she struck me as a kind, pretty girl but I soon got to know her for the courageous young woman she was. Stormy had a sort of tentative presence to her when discussing her childhood; she described it as traumatic and chaotic to a point where she found herself unable to leave the house alone. Daycare would have to walk her across the street to school because she was so anxious. Her many friends were often her escape where she would go to get away from her home life for sleepovers and play dates.

At the age of 14, while most of us would be checking Snapchat and rushed from soccer to dance practice, Stormy ran away from home, couch surfed with friends for two years and was in two emergency group homes. Battling mental health issues and coping with a debilitating back injury from her traumatic childhood left her unable to go to school for several months.

Despite her childhood, in the face of all struggle, Stormy continued on and braved each and every day. Today she is now working towards graduating and is in a foster care home that helps her to get ready to age out of the foster care system. The home helps her to prepare for the next stages of her life and to be independent, and it's a home she is incredibly thankful for. She explained to me that with having a mental illness it was hard to make meals for herself every day so the Soup Kitchen has become a friendly community and a little extra help to get her through her day.

As I was speaking with Sunny and Stormy we began discussing things we often take for granted they both shared with me how their experiences of being homeless have put things into perspective for them and reminded them to be grateful for everything in their lives.

"When you're younger and get a pack of socks you don't appreciate it much, now it's like 'wow thank you for the socks,'" said Sunny.

​Their wisdom resonated with me and reminded me not only to be grateful for small things like the pair of socks your aunt gives you for Christmas but also to realize just how far a pair of socks--something simple like that--goes for someone who is in need. So often in life we take the little things for granted and don't appreciate them for what they really are.

I am always impressed when I meet someone while doing my project but Sunny and Stormy left me a little more stunned and inspired than I usually am. Perhaps it is because they are my age and it was easy for me to relate and connect with them, but they also had a certain element of courage to them that I really admired. Not only did I admire their incredible fearlessness to share but also their perseverance to brave each and every day no matter what got in their way.

That Thursday morning I met two young people who embody the definition of strength. I hope that we can all take something away from their stories to remember that we can overcome any struggle and are stronger than we realize.

Thank you Sunny and Stormy for being such an inspiration and being open to sharing your stories of strength in the face of hardship to teach us all a little something about courage.