VANCOUVER DAZE showcases and highlights the lifestyle and cultural scene of our beautiful city, uncovering the misadventures and shenanigans beyond social functions and local shindigs.
Rick Chung Jun 13, 2013 10:44 AM

We fiercely promote the diversity, food, culture, entertainment, and community Vancouver has to offer, along with the creative minds behind them.

Burp. That was the sound of VCBW's week of beer celebrations. With brews and ales from all over North America, including Victoria's Phillips Brewing (above) and their tasty Blue Buck Ale. 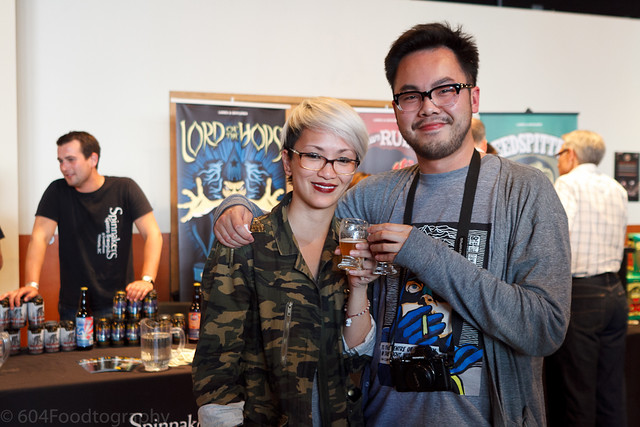 I hit up the opening night gala (not sure about the "gala" part) with Sandra (above) and my Batman/Joy Division mashup t-shirt at Yaletown's Roundhouse for a night of many beers.

After a week of diverse festivities all over the city, celebrating craft beer culture, VCBW closed things off with a the two-day weekend closing beer festival and garden at the River Rock Casino in Richmond.

Portland's Hopworks Urban Brewery had one of the more inventive, visually interesting set ups with this bicycle table top bar.

I, of course, had to have a mini mug of my favourite local beer on tap from Mount Pleasant, R&B Brewing's delicious Raven Cream Ale.

The week and its many nights of beer swivelling and drinking made the closing festival a sunny tent-filled brew fest. Cheers!