24 awesome Vancouver food events to check out this October

If you like to make food and drink the focal point of fun, we’ve got 24 (and counting!) delicious food events happening in and around Vancouver this October.
0
Sep 28, 2018 1:47 PM By: Lindsay William-Ross

There’s always something to do in Vancouver...but first we eat!

If you like to make food and drink the focal point of fun, we’ve got 24 (and counting!) delicious food events happening in and around Vancouver this October.

Check back during the month to see what events we've added to the delicious line-up.

Wünderbar: An Oktobeerfest Pop-Up at Bells and Whistles 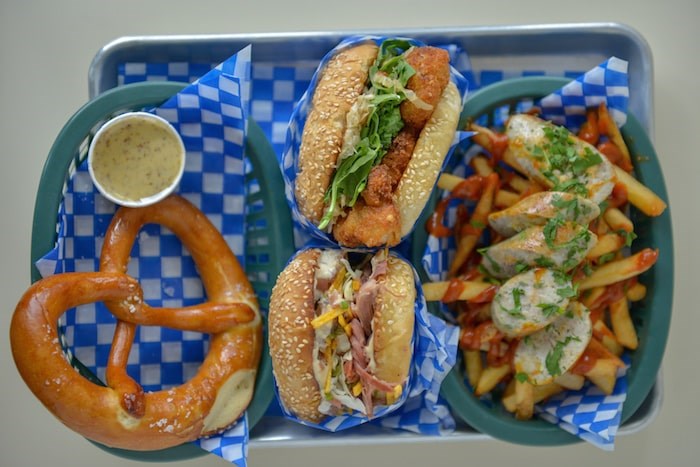 Fraser Street’s Bells and Whistles began ushering in 17 days of celebrations in late September, and have transformed into a Bavarian-inspired beer hall to host Wünderbar: An Oktobeerfest Pop-Up until Sunday, October 7. You’ll find German-style beers from the bar, and grub on the menu like warm pretzels, schnitzel, currywurst, strudel and more.

Midway games, vendor booths, live entertainment, and an insane amount of food will once again draw crowds at the Richmond Night Market. The market consistently offers an impressive quantity of options for shopping and eating–they have over 100 food stalls and 200 vendors. 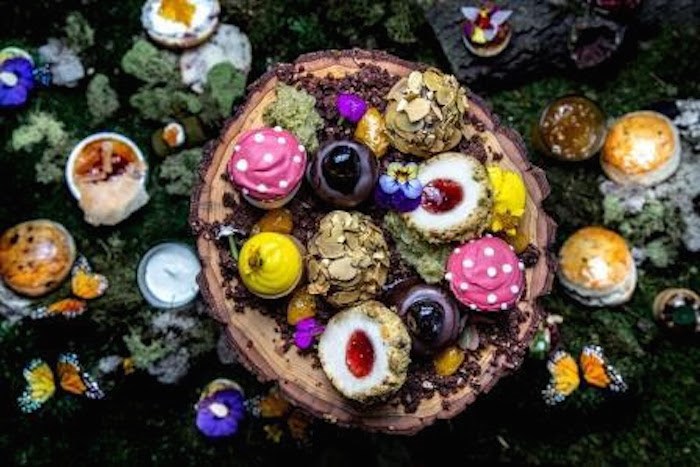 The Fairmont Hotel Vancouver has launched an Enchanted Forest tea. Tuck into the Private Dining Room of Notch8 Restaurant & Bar and enjoy an escape–and some beautiful eats–right from the pages of a charming folktale.

In celebration of Tojo’s 30th anniversary, Chef Tojo is offering “Anniversary Sushi” on his menu showcasing ingredients from British Columbia, including smoked sablefish, herring roe on kelp, and Chef Tojo’s own pickled ginger. The sushi is served battera-style, which is pressed sushi traditionally from Osaka and temari style, traditionally from Kyoto. 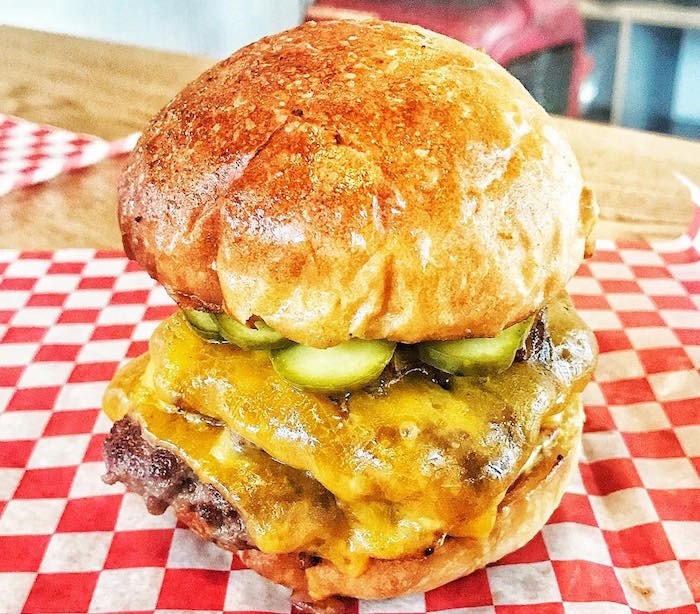 It's impossible to keep this a secret: The DownLow Chicken Shack will morph into a burger joint Monday nights, starting October 1. The menu currently consists of four core burgers, with weekly burger specials.

Brunch destination Café Medina will light up the night and raise funds for a worthy cause when it hosts the latest chapter of its ‘Medina After Dark’ dinner series. One hundred per cent of the proceeds from each $75 ticket to the event — which will see two of Medina’s chefs collaborate on a six-course ‘elements’-themed dinner — will be donated directly to the Vancouver-based Crisis Intervention and Suicide Prevention Centre of BC, which provides emotional and mental health support services for youth, adults and seniors in distress across the province.
When: Thursday, October 4 at 7 pm
Where: Cafe Medina - 780 Richards Street, Vancouver
Cost: $75

Tuc Craft Kitchen will dig deep into its culinary catalogue and bring back a number of past comfort-food favourites to celebrate its fifth anniversary this October. While a number of Tuc’s most popular menu items will remain on the new fall menu, Tuc is also reviving several ‘greatest-hits’ dishes from years past, including Hanger Steak à la Bourguignon, Snapper Meunière, Chicken Confit and Pork Two Ways--all available with optional wine pairings.

Oktoberfest 2018 at the Vancouver Alpen Club 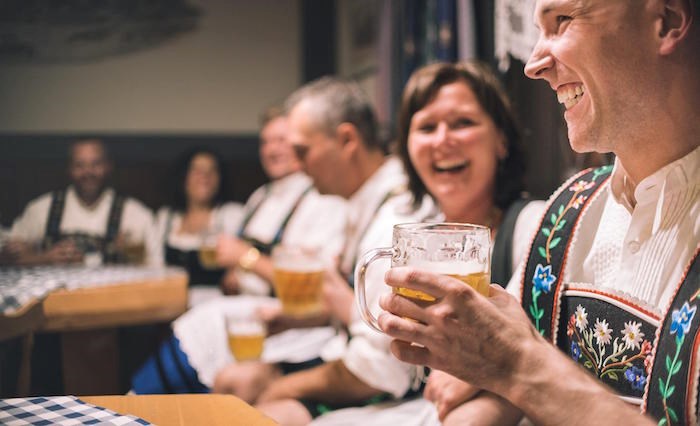 This is the granddaddy of all Vancouver Oktoberfests that you can’t leave off the list. Held at the historic Alpen Club, they’ve got three October weekends of beer, food, music, and fun. Dress up, dance, and raise a few glasses in the German tradition. Regular tickets $35 (plus taxes) include admission to the Oktoberfest, while VIP tickets $80 (plus taxes) include admission and access to a designated area that provides a delicious German buffet and a server who takes care of your drinks all night long (drinks not included in the prices).

Syrian food is a new arrival on the food scene in Vancouver and the West in general though and Tayybeh was the first to introduce Syrian food to Vancouver through our famous pop-up dinner series. They are now offering interactive cooking classes where you can learn more about the food and culture of Syria and meet their spectacular women chefs. The class will entail learning how to prepare 3-4 items (appetizer, salad, main).

Hit the road for this revamped October beer fest in Squamish. It's an Oktoberfest event with everything from pretzels to an oompah band, along with Bavarian games, schnitzel, and all the trimmings. 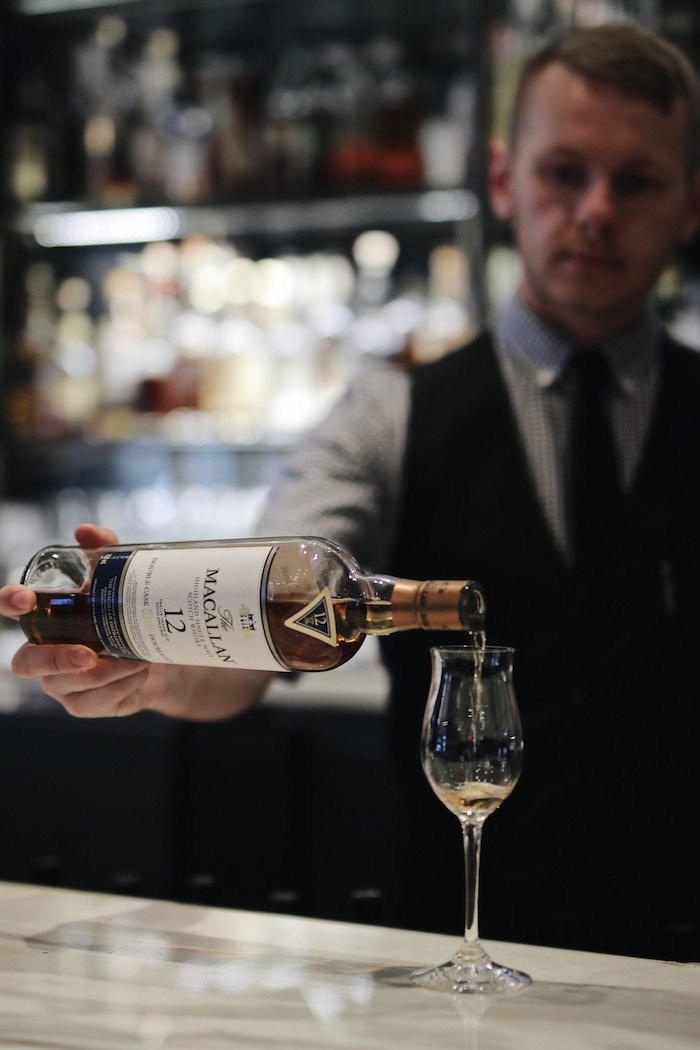 Whisky lovers can take part in an ultra-exclusive showcase for single malts and journey through the Scottish highlands when the celebrated distillery takes centre stage during a whisky pairing dinner at Boulevard Kitchen & Oyster Bar. The dinner pairs a custom menu created by Executive Chef Roger Ma with seven varieties of The Macallan’s world-renowned whiskies.

Cost: $149 per person plus tax and gratuity

This brand-new "dine out"-style fest will offer fixed family-style menus, encouraging you to get out and enjoy meals with friends and family. That means pricing for groups of 2, 4, 6 and 8. Participating restaurants include Chinese, Indian, Japanese, Korean, Malaysian, Taiwanese, Thai, and Vietnamese establishments.

Oktoberfest Pub Nights on the Fraser

Embark on an Oktoberfest booze cruise on the mighty Fraser. Pub Nights on the Fraser goes German-style for their paddlewheeler tour. German-themed food and drink will be available for purchase on board, plus music and lots of fun.

Cost: Tickets are limited and may be purchased online at origoclub.ca for $250 per person all inclusive.

Experience the best of the Okanagan fall harvest right here in Vancouver with an exclusive locally inspired five-course dinner paired with wines directly from Haywire Winery including their Narrative and Freeform wines. Hosted by a member of the winery team you will learn about their vineyard, production and the magic that brings these wines to life. 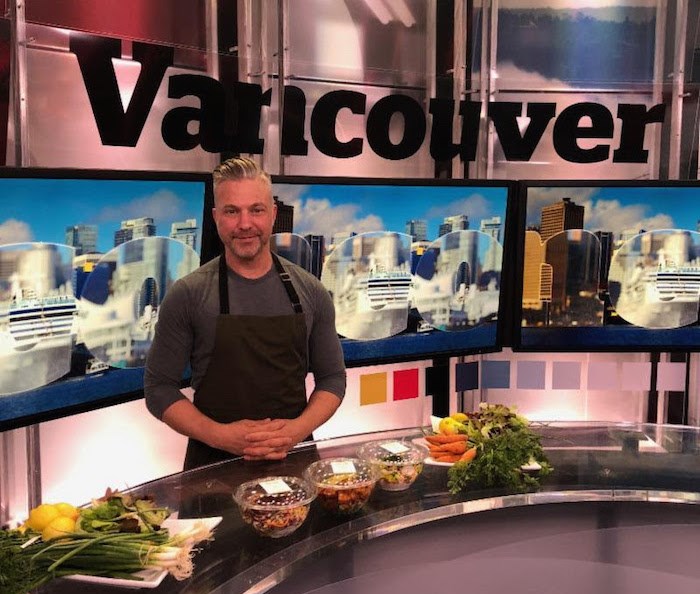 Toast to the Coast

Celebrate ocean wonders at the Toast to the Coast fundraising event in support of Ocean Wise® and Vancouver Aquarium®, presented by CIBC. This anticipated annual event connects food and drink connoisseurs with ocean conservationists for a lively cocktail reception in honour of our ocean. Joined by some of B.C.’s finest culinary creators, guests will sip and savour their way through the evening, from reception to silent auction to after party.

Vancouver's North Shore Craft Beer Week is packed with beer-rific events perfect for hop heads and the brew curious. The week is filled with a variety of programming for beer lovers, ranging from Happy Hours to games nights, tours and pairing dinners, and including live music, talks, breakfasts, special cask pours, and more. The full schedule is available online.

Chefs in the Hood

Top culinary talents from across the city will come together to represent their neighbourhoods during a collaborative dining event this month. The fall instalment of Chefs in the Hood will feature an eight-course reception style dinner prepared by chefs from Vancouver’s diverse ‘hoods, including Felix Zhou (Heritage Asian Eatery), Alessandro Vianello  (Wildebeest), Brian Luptak (The Acorn) and Warren Chow (Juniper).

Cost: Tickets are available for $75 via Eventbrite

Ever tried grocery shopping in a Chinese supermarket only to be overwhelmed by the hustling and the bustling? Curious about the different types of sauces and ingredients? Worry no more and come out to a grocery tour with Registered Dietitian Renee Chan. Navigate through Crystal Mall's own Wet Market and experience a taste of Asia.

Every fall, el Santo hosts a fundraising event where guests are treated to live music and entertainment, a multi-course dinner with drink pairings, exciting guest speakers, and both silent and live auctions. All proceeds from the annual event go directly to the Canucks Autism Network.

An evening of competition style BBQ brought to you by Hog Shack's award winning BBQ pitmaster John Lim Hing. They are going to throw down a meatfest featuring smoked brisket, pork ribs, pulled pork, smoked chicken and boatload of southern sides. This year they will be featuring wagyu brisket and a full roasted pig. Plus a tap takeover from Boombox.