Those looking to scratch that six-string itch would do well to catch this weekend’s Vancouver International Guitar Festival, which returns this weekend for its third iteration in the city.
Jun 28, 2019 1:31 PM By: John Kurucz

If nothing else, guitar players are a resilient bunch.

Through thick and thin — wood or otherwise — you will always see a Jimmy Page or Bonnie Raitt in waiting, plying their craft on the top deck of a B.C. ferry or at Third Beach.

Those looking to scratch that six-string itch would do well to catch this weekend’s Vancouver International Guitar Festival, which returns this weekend for its third iteration in the city. 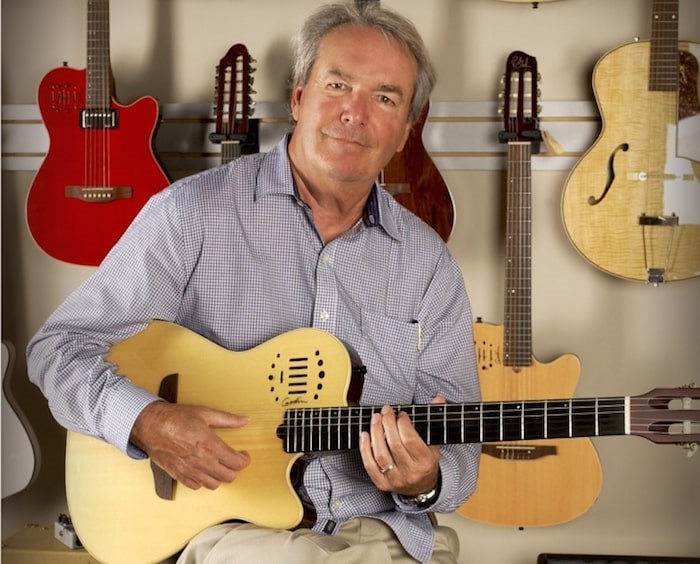 Between performances, demos and masterclasses, there will be scores of opportunities to learn from the best musicians and luthiers from across the globe.

Bearing that in mind, and for the sake of time, here are five things to check out June 29 and 30 at the Creekside Community Centre in Olympic Village.

They hide in a shop for hours on end, willingly cover themselves in mountains dust and operate under little contact with the outside world.  But boy oh boy, do they make a pretty penny once that dust settles. Vancouver luthiers Meredith Coloma and Nicole Alosinac head up a list of about a dozen builders who’ll demonstrate the mechanics behind setting up a guitar, building a guitar, tuning guitar and everything else of short of setting a guitar on fire. Sorry Jimi. Workshops run hourly on both days starting at 10:30 a.m.

Believe it or not, there was a time when music wasn’t made on a computer at all. Instruments were used at all times and — gasp! — those same instruments were played entirely by human beings. Those days of yore required woodshedding and lots of it. For proof of this, nine masterclasses will be offered across the spectrum of ability. Vancouver’s Dave Martone will shred more notes per second than a woodpecker, while fellow Vancouverite Don Alder will transform his guitar into a hybrid of harmony and percussion. Fingerstyle, flamenco, rockabilly and alternate tunings will also be covered in each hour-long class.

Few venues offer a creative reprieve from the everyday like a guitar festival. Yes, there will be hollow bodies and every manner of other standard six stringers. But this is where offerings are limited only by the purchaser’s imagination — and wallet. The roster of exhibitors is decidedly Canadian — largely because we rule at building wooden instruments — but there’s international flare as well courtesy Spohn Guitars (Germany), Perinetti Guitars (Chile), Oxwood Guitars (U.S.) and scores of others.

As was the case in the two previous iterations, the festival will again celebrate the rock stars of wood. Former longtime Vancouverite and industry pioneer Jean Larrivée got the royal treatment in 2017, while the red carpet was rolled out for Michael Dunn last year. Robert Godin gets this spotlight this year, and for good reason: he’s been in the guitar game for four-plus decades and his instruments sound like heaven on earth. Godin’s masterclass “Robert Godin — The Foundation of Great Acoustic Sound and Playability” runs from 2:15 to 3:15 p.m. on June 29.

Maybe you don’t have thousands of dollars in disposable income lying around. The $4 million required to buy a guitar used by Pink Floyd legend David Gilmour escapes you. If simply standing around watching someone play is your fancy, you can do just that. For free, no less. Twenty-minute sessions will roll out all weekend long, with the featured musicians giving it a go on the exhibitors’ products. The axemen and axewomen get after it starting at 10:30 a.m. on June 29 and at 11 a.m. on June 30.