Vancouver Mural Festival returns bigger and brighter than ever

Arguably one of the more colourful events in the city, Vancouver Mural Festival returns this week for its fourth year of wall-to-wall paint and parties.
Jessica Kerr Aug 1, 2019 1:52 PM

Arguably one of the more colourful events in the city, Vancouver Mural Festival returns this week for its fourth year of wall-to-wall paint and parties. 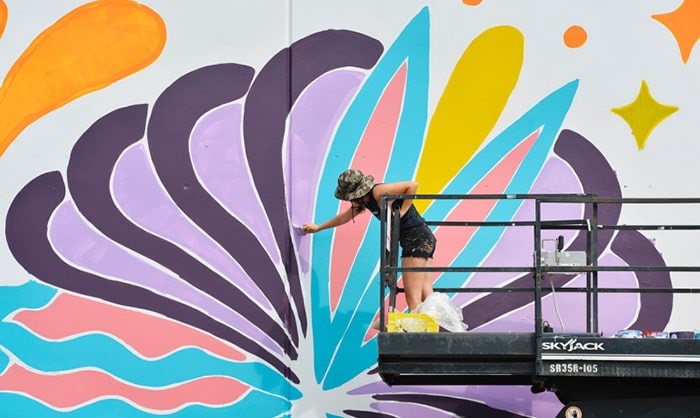 This year’s program includes 10 days of events, starting Thursday with the opening of an art exhibit featuring 90-plus original works from mural fest alumni and culminating on Aug. 10 with the massive Mount Pleasant Street Party and concert at Jonathan Rogers Park.

“There’s so much, and we really want to try to have stuff that’s interesting to everyone,” said the festival’s executive director David Vertesi.

Twenty-five new murals are currently in the works and will be completed in time for the Aug. 10 street party. This year’s lineup of artists includes world-renowned muralists and street artists, such as Australia’s Fintan Magee, ONEQ from Japan, Germany’s SatOne and Medianeras, who hails from Argentina, as well as local talents KC Hall and Pablo Zamudio. 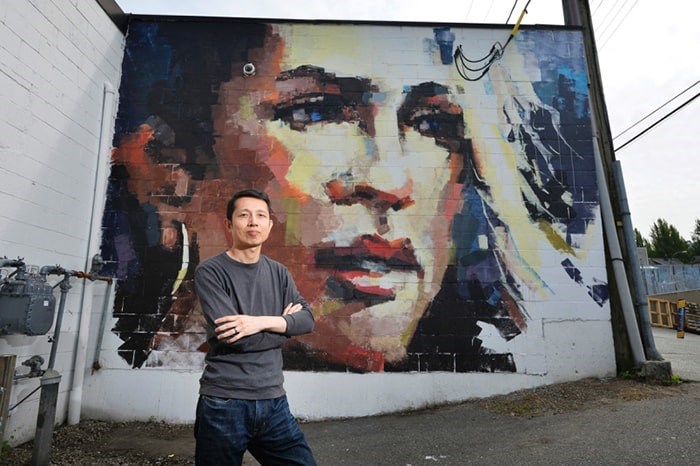 The festival has partnered with Burrard Arts Foundation to bring Shepard Fairey’s exhibit, Facing the Giant: 3 Decades of Dissent, to Vancouver as part of this year’s Mural Festival. Fairey is an American contemporary street artist, graphic designer, activist, illustrator and founder of Obey Clothing, who’s arguably best known for his iconic “Hope” poster of Barack Obama.

The exhibit celebrates the 30th anniversary of Obey and “represents a dialogue between the 19-year-old punk beginnings of Shepard Fairey and his current life as a 49-year-old artist, activist, punk, father, and husband who’s journeyed through trials both metaphorically and literally.” 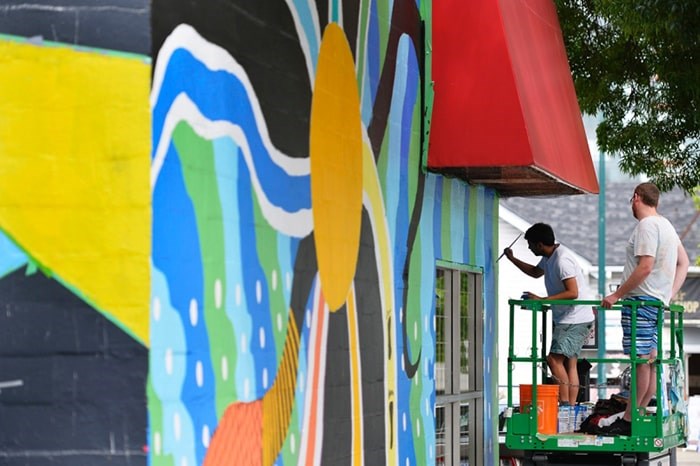 To celebrate Pride, Vancouver Mural Festival is hosting a 12-hour Pride Special indoor/outdoor event in the lane between Seventh and Eighth avenues between Main Street and Ontario. Starting at 2 p.m. on Aug. 4 and running through to 2 a.m. on Aug. 5, the Pride party includes an all-ages patio party, including an afternoon drag show by Bye Felicia, before shifting into an evening of dancing with Club NA in a neighbouring warehouse space.

The piece de resistance of the festival is the Mount Pleasant Street Party on Saturday, Aug. 10 from noon to 7 p.m. Fourteen-plus blocks are closed to traffic on and around Main Street for the day to play host to live art, street dance battles, graffiti jams, four beer gardens and two music stages, as well as the 25 new murals. This year’s edition includes a new family activity zone and a pop-up roller rink. 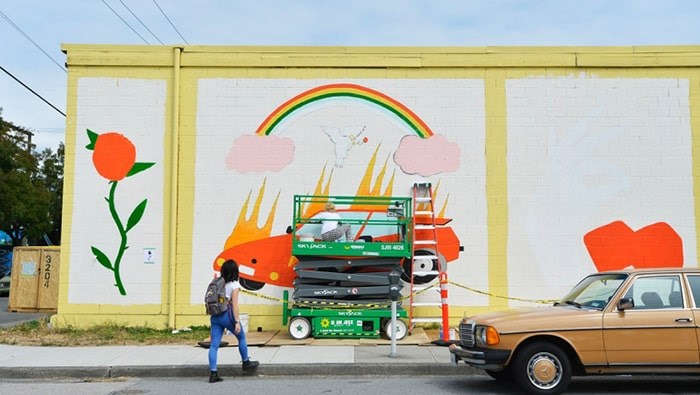 The festival’s Park Show at Jonathan Rogers Park returns after its debut in 2018. Produced by Live Nation and Blueprint Live, the all-ages show serves as a grand finale for the festival. This year’s lineup includes New York singer-songwriter LP, electronic instrumentalists badbadnotgood, Canadian Indigenous artist iskwē with Vancouver’s MY!GAY!HUSBAND DJ-ing throughout the show.

It is the only ticketed event of the festival. Tickets cost $40 (kids 12 and under are free) and are available online at Live Nation, Ticket Web, Red Cat Records (both locations) and Little Sisters Book Store (1238 Davie St.).