The spur-of-the-moment idea came to her when she came across the noise-making pipes and toys while out for a run
Jun 18, 2021 12:32 PM By: Cameron Thomson 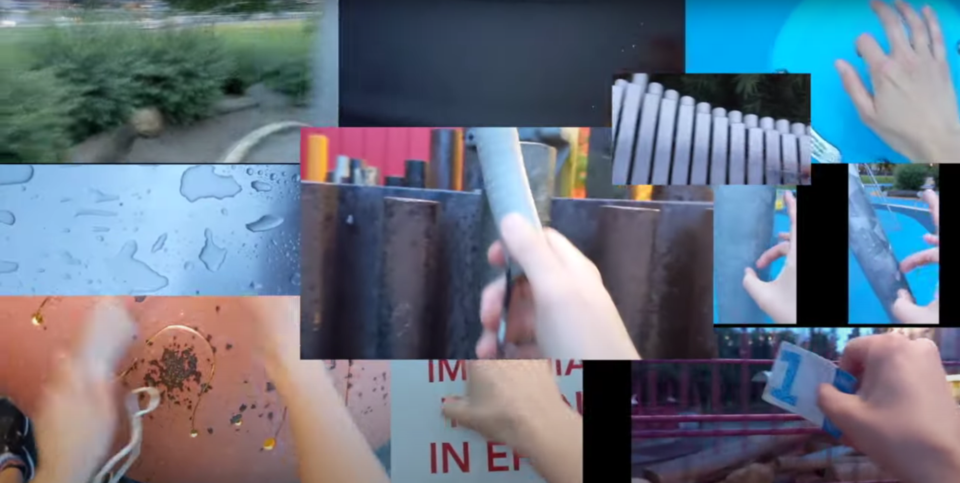 While out on a run near Science World a Vancouver musician stopped by Creekside Park to take some recordings of herself playing the playground’s instruments.

While out for a jog around Vancouver a local musician had a flash of inspiration that resulted in the creation of a percussive work of art.

Jessica Faulds has played music most of her life as a drummer in punk and indie bands. When the coronavirus (COVID-19) pandemic hit though, her interest in sampling, recording and working with synths became deeper. In messages to Vancouver Is Awesome Faulds described herself as not a traditional beatmaker, saying she is starting to get really into throwing things together and seeing what comes out.

There is perhaps no better example of this creativity than when Faulds was out for a run near Science World earlier this week. Her run brought her next to the Creekside Park playground and upon seeing the public-use instruments Faulds had an idea.

“I was thinking I could just take one-shot recordings of each piece, then take them home and assemble them into some kind of drum loop a note at a time,” Faulds said. “As I was running around banging on things, I realized I could just put a metronome in my earbuds and play the pieces ‘live’ in time, then just layer them on top of one another when I got home.”

Having not prepared to make a recording of any sort, Faulds wound up holding her phone in her mouth as she used both hands to play the instruments. As she tapped and hit various pieces of the playground she discovered unique sounds could be harvested from most parts of the playground. As the beat progresses Faulds added the sounds of a passing SkyTrain into the mix for a true Vancouver feel.

Soon after Faulds uploaded a video that showed the beat coming together with one instrument at a time.

“I was surprised to find no one had done it before. It almost felt as if Science World had put those things there for this exact purpose,” Faulds said.

However, Faulds does have a suggestion for Science World that may make the instruments in the park more accessible and played more often.

“They have some little mallets attached to some of their ‘instruments’ with strings, and I'd love it if those were longer. I had to choose what I played based on how far the string could reach,” she said.

As for possible encores, Faulds says she has been thinking about making similar videos but she would like to keep the spontaneity of the project at the same time.

Faulds’ running route takes her by the Georgia Viaduct skate park so she says there may be a skateboard beat made in the future.