Due to its new online format, the festival is able to give first showings of more films than ever before
Jan 20, 2021 1:51 PM By: Cameron Thomson 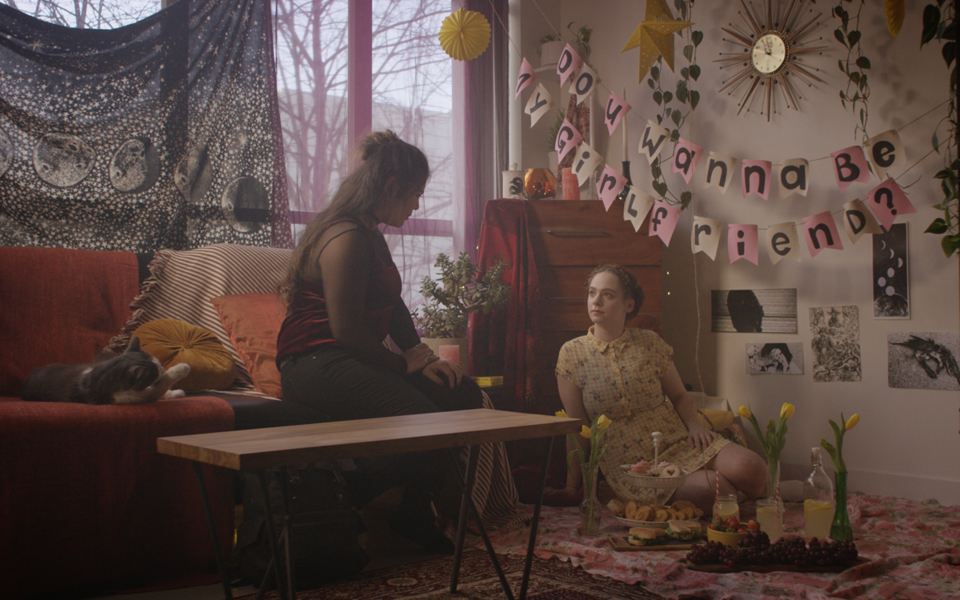 Everything's Great! is one of the 61 films premiering this weekend during the Vancouver Short Film Festival.Linnea Ritland

The Vancouver Short Film Festival is back this year in a new format which allows film enthusiasts to watch the works of more local filmmakers than ever before.

Before the coronavirus (COVID-19) pandemic, VSFF would show its roster of films at the Vancouver International Film Centre’s Vancity Theatre. With the theatre closed due to COVID-19 restrictions, the festival has moved entirely online, which one VSFF program coordinator says could make the films accessible to more people.

Sasha Duncan is the program coordinator in charge of showing this year’s 61 short films. Duncan says in non-COVID years, film enthusiasts would chat with others about the festival’s content while grabbing a bite to eat at nearby restaurants. Sometimes this would result in people getting so engrossed in their conversations that they would miss a show time, a problem completely eliminated by the new online format.

The festival takes place from January 22 through 24 with the first film premiering on Friday at 3 p.m. After their first streaming, the films will remain on the website for a week and can be watched at any point.

Unlike larger film festivals there is no mandated theme the films must adhere to but Duncan says a number of the films deal with themes around what the future will look like, identity, the reclamation of identity and decolonization.

The films could come as a welcome respite from the inundation of COVID-19 news as most of the films were shot before the pandemic hit. One film, Speak Up! directed by Denzel Brooks, does address themes born out of the Black Lives Matter movement and the murder of George Floyd last summer.

To those who might never have watched a short film let alone a short film festival before, Duncan says if you like movies at all you’ll enjoy short films too.

“It's sort of fun because you get to see all these different stories and ways of telling stories in the space of time you would be in a feature film for," Duncan said.

Another reason behind their appeal according to Duncan is the sheer amount of them. Out of 61 widely varying films there is something for everyone.

The films are presented in blocks of six to eight, all arranged to be cinematically kindred to the one before. One block makes for about an hour's worth of content and can be sold separately for $7. A festival pass costs $40 and will give access to all six blocks of the festival

There is also an ‘after dark’ double block which features the horror, sci-fi and all around weird films of the festival.

These are just some of the films that will be shown at the festival this year.

Director: Sarah Genge
Over 300 letters were sent to the residents of Vancouver Specials. 10 people responded. Do they share anything but the frames of their homes?

Director: Martyna Czaplak
An elderly Chinese woman and a group of millennial roomies make for one unlikely friendship.

What About Our Future?

Directors: Jaime Leigh Gianopoulos, Cláudio Cruz
In 2019, the “Sustainabiliteens” from Vancouver mobilized more than 150,000 people to march against climate catastrophe. The film gives insights into the teenagers’ everyday life which is determined not only by school, friends and families, but also by the climate justice and activism. Taking things into their own hands gives them strength: “We are unstoppable, another world is possible.”

Director: Hayley Gray
Hayashi Studio follows the diverse lives that came to a small town on Vancouver Island in the 1900's and Senjiro Hayashi, the Japanese photographer who took their photos. Hayashi used his lens to document every race, class and gender. During internment many of his photos disappear, some hidden in family attics, others used to make a greenhouse. Almost a century later the photos were found and exhibited, showcasing a piece of Pacific Northwest History rarely seen, that of the diverse and racialized.