"Finally after 2 years, I am reunited with our leading man!"

The Vancouver Convention Centre played host to a cast of superheroes this week, albeit of the motion picture variety, of course.

Now in its eighth season, The Flash is about a superhero who assumes his awesome powers after being struck by lightning. IMDb.com explains how the protagonist "Barry Allen wakes up from his coma to discover he's been given the power of super speed, becoming the next Flash, fighting crime in Central City."

On Monday (Aug 30), the popular CW show was filmed in Downtown Vancouver in front of curious onlookers and delighted fans alike. In fact, some locals were able to meet some of the stars.

Patricio Esca shared a selfie on Twitter they snapped with actor Grant Gustin, who plays the lead role (Barry Allen) in the show. 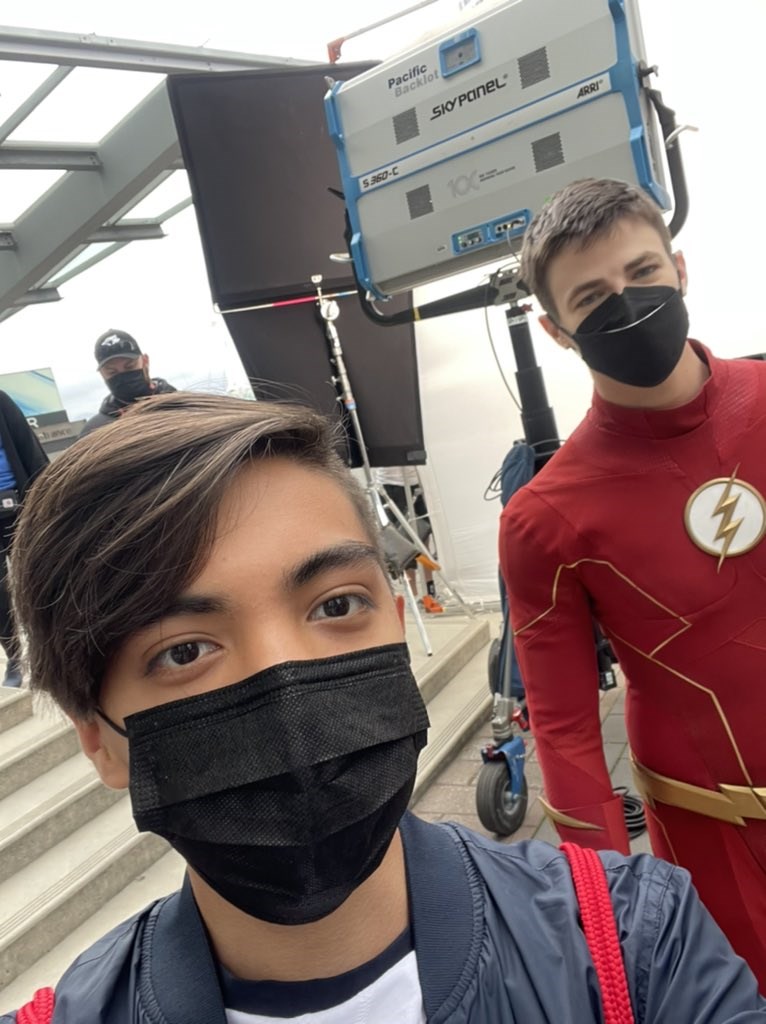 Another local also shared an image with the friendly actor. They excitedly captioned that "Finally after 2 years, I am reunited with our leading man!"

The Flash filming in Vancouver

A New Westminster resident who frequently shares videos and photos from Metro Vancouver film sets shared a video of the actors sporting full "super" attire and fist-bumping each other. He also mentioned that one of the actors was "surprised that the suit still fits."

He also shared a video of the director going over a scene with a couple of actors.

Another local shared images of the actors on set, too.