CBC Radio 3 personality, front man for the legendary (semi-officially-retired) Smugglers , goaltender of the Flying Vees Hockey Club , this one-man-encyclopedia of Canadian music is one of those folks who feels passionately about the fact that this c

CBC Radio 3 personality, front man for the legendary (semi-officially-retired) Smugglers, goaltender of the Flying Vees Hockey Club, this one-man-encyclopedia of Canadian music is one of those folks who feels passionately about the fact that this city of ours is a truly awesome place to be, and he's excited to tell you about it.

I am proud to present you with V.I.A.'s latest Most Awesome, Mister Grant Lawrence! 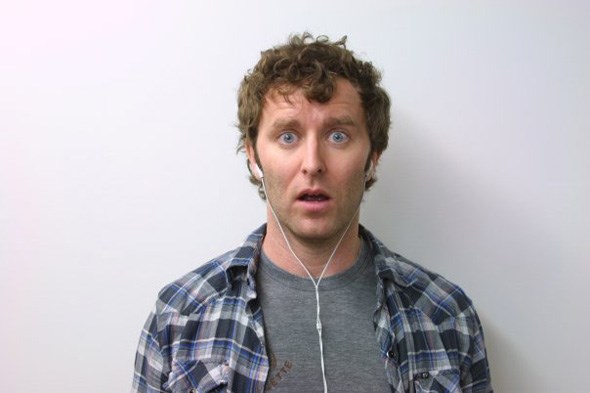 My fondest memory of Vancouver would be a day I spent in Stanley Park with my Dad, back when I was around 8 or 9 years old. I think my Dad had been out of town on business a lot that year or something, and I remember that this particular day was special because he spent the entire day with me, just me, not my sister or my mom, just me. We went to Stanley Park, near Brockton Point, and explored that section of the forest. My Dad told me stories of the First Nations tribes that lived in that area, and even told me that the little single-file trails through the forest were originally formed by deer, then used by the natives. It filled my head with vivid and exciting imagery. I believed every word, and whether my Dad's stories were factual or not didn't matter then and it doesn't matter now. On the car ride on the way home I told my Dad it had been the best day of my life.

What makes this city so awesome?

To me it's the environment. The air, the views, the mountains, the greenery, the scenery, the multiculturalism. Downtown surrounded by water on three sides, people that actually live in the downtown core... and Stanley Park. I love Stanley Park. I am lucky enough to live directly beside the park now, and I often thank Vancouver's early city planners for having the foresight to section off such a massive and invaluable section of the city for enjoyment for all time. So many other harbour cities gave up their entire waterfront to industry, any city in the east being a prime example. So many, like Toronto, are desperately trying to reshape their waterfront after years of industrial abuse. NYC doesn't even bother. For Vancouver to have Stanley Park and a plethora of downtown beaches is incredible. If you ever want to know what makes Vancouver awesome, go to Third Beach on a sunny day, avoid tripping over a hipster, lie on the sand and look up at the emerald green tree leaves against a brilliant blue sky. Serenity. And swimming in Vancouver's oceans is the fountain of youth (just not in False Creek!)

Nardwuar The Human Serviette. He's the real deal! He passionately knows more about Vancouver than anyone I know and he's a music journalist! He's been a mentor and a friend, and he's a great Vancouverite. 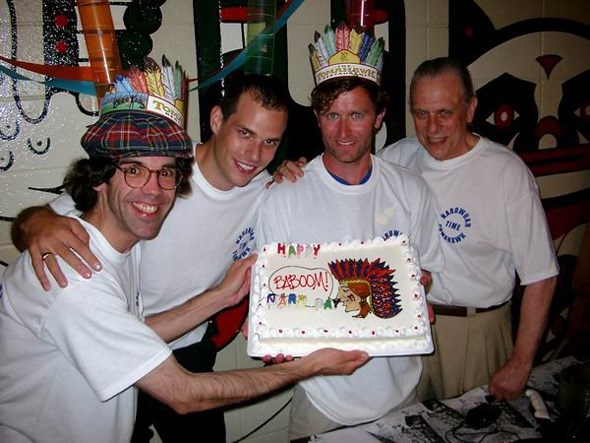 "NARDWUAR DAY" AT THE TOMAHAWK

Favourite new band out of Vancouver?

My favourite new-ish Vancouver bands are Ladyhawk, Said The Whale, Bend Sinister, the Awkward Stage, and this really great new singer named Hannah Georgas. Don't know much about her yet, but her song "The Beat Stuff" is in rotation on CBC Radio 3 and it's awesome!

Favourite Vancouver band of all time?

I love the Evaporators (Nardwuar's band) and the Pointed Sticks, but my favourite all-time would have to be the New Pornographers. No Vancouver band has ever put out THAT many incredible, classic pop songs on so many records that I have totally loved. I respect bands like Slow, and DOA, and Black Mountain, and Loverboy, and 54-40, and cub, but come on... Carl "AC" Newman is Vancouver's own songwriting diamond.

When's the next Smugglers album coming out?

Alas, the last Smugglers album came out in 2004 (already five years ago!!). It was called "Mutiny In Stereo" and came out to little fanfare because we never toured it, even though we worked our asses off to get it out. The Smugglers semi-offically retired in and around 2005, but never really broke up, because we're all friends. We did everything we wanted to do in rock 'n' roll and we're really happy with what we achieved.

How are the renovations of the CBC building downtown going to affect you? Are you stoked?

The renovations at the CBC SUCK. It's driving us all bonkers, but we're trying to cope. I'm probably one of the squeakiest wheels. Four years of renovations and we still can't open a window! Seriously! 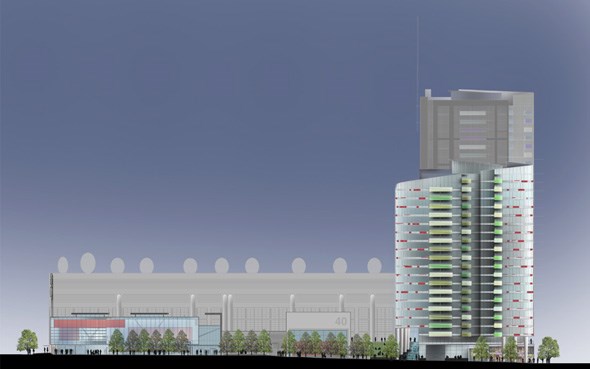 ARTIST RENDERING OF THE NEW CBC VANCOUVER... UPON COMPLETION

What's the most awesome restaurant in Vancouver?

For vintage kitsch value it's the Tomahawk BBQ in North Vancouver, but you must go with Nardwuar. For personal romance, it's the Fish House in Stanley Park, for pretending you're a character from Madmen, it's the new Loden Hotel restaurant in Coal Harbour, for French food that's actually good, it's les Faux Bourgeois on Kingsway.

What's the most awesome restaurant within a 5 block radius of the CBC?

Are the Canucks going to make it to the playoffs?

Yes. They have all the intangibles to make it. Great goalie, solid D led by Mitchell and Ohlund, forwards that CAN score, and pretty good team toughness. They'll make it! 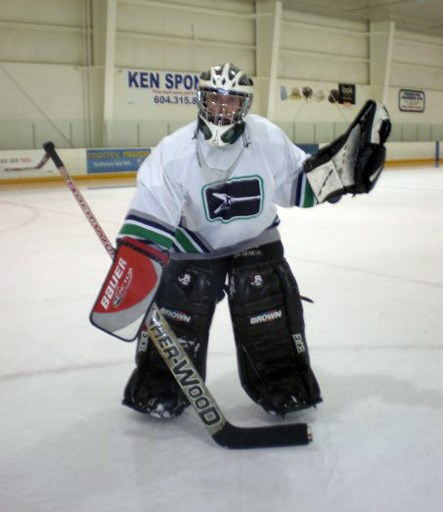 Here are some of the best live shows to see in Metro Vancouver this holiday season
Dec 2, 2021 3:34 PM
Comments