Watch this awesome pixel art SkyTrain video made by a tourist 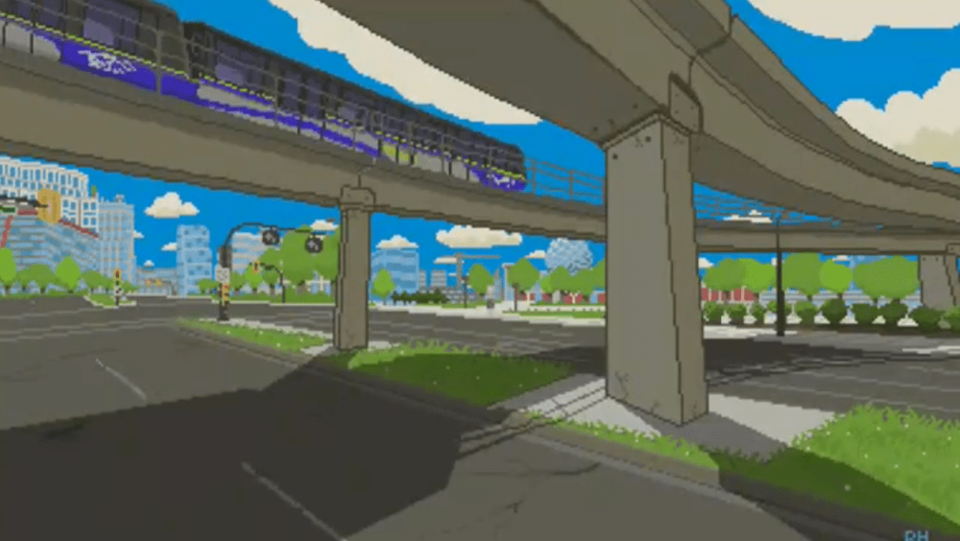 This pixel artist out of Bellingham shares a video they created of the SkyTrain. Photo: my_art_bytes / Instagram

A pixel artist out of Bellingham has shared a video they created of the SkyTrain and Vancouverites are loving it.

Shown from the perspective under the Main Street SkyTrain Station, the video shows the trains moving back and forth. Science World can also be spotted in the distance, as well as some buildings, vegetation and an intersection.

Posted onto Vancouver Reddit on Dec. 12, ryano357 remarks how, "I visited Vancouver this summer, up from Washington, and I made some pixel art of the Skytrain!" It has been upvoted a whopping 2737 times and has 107 comments.

A number of people remarked that they loved seeing the artistic rendering of the transit system, and a couple wished it was a video game. However, one cheeky commenter quipped, "Blue sky, lol."

The poster also shared the video to their Instagram account, captioning, "Public transit is beautiful, still waiting on a super train from Vancouver to Portland. I guess Vancouver's Sky train will do for now."

Public transit is beautiful, still waiting on a super train from Vancouver to Portland. I guess Vancouver's Sky train will do for now. . . . #8bitart #pixelart #art #videogames #vancouver #skytrain

A highlight of Expo '86, Vancouver's SkyTrain opened on Dec. 11, 1985, offering free service for the first eight days. As such, the transportation system turned 34 on Wednesday.