Remember this big bulldozer installation that appeared next to the Olympic Village back in 2010? A public art project made out of recycled materials from the construction of the adjacent condos, it was meant to decompose over time and simply turn to
0
Jun 9, 2015 2:12 PM By: Bob Kronbauer

Remember this big bulldozer installation that appeared next to the Olympic Village back in 2010? A public art project made out of recycled materials from the construction of the adjacent condos, it was meant to decompose over time and simply turn to soil and become a part of the landscape. HERE is the official documentation on the idea behind it. 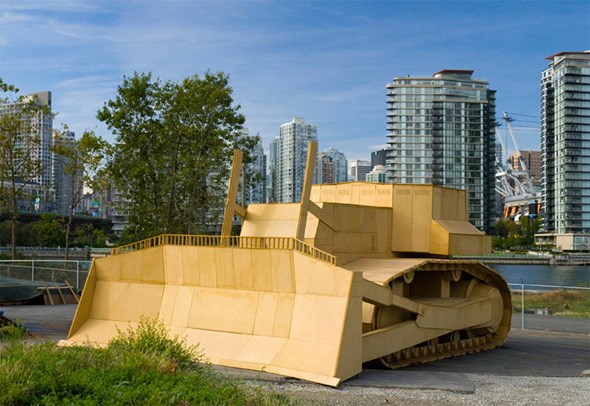 A few years back, gardener Eklas Miller was given blessing by the artists to plant a garden on top of where the bulldozer was, as it had begun to sprout a bunch of weeds and was nearly decomposed. Since 2013 she's not only spent a ton of time on the upkeep of it but a lot of money as well. I see her out there every day when I'm walking my dog, and she is a true fixture of the neighbourhood that everybody loves talking to. She donates much of the produce she grows to folks in need.

Below is a photo of Eklas in her garden a couple days ago. Underneath her is what remains of the art installation. 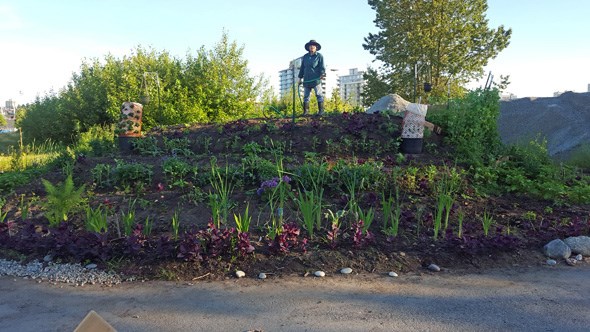 And below is an "Urban Heroes" video all about her garden project.

Now, a few days ago a sign appeared in Eklas's garden saying that the City was going to come in and... well... bulldoze it on June 15th, and that she should make sure to make sure her possessions (that would be hoses, garden tools, etc) were out of there. She reached out the the community for help, and the community listened. Click below to watch a 2 minute piece that Global did on what's happening. 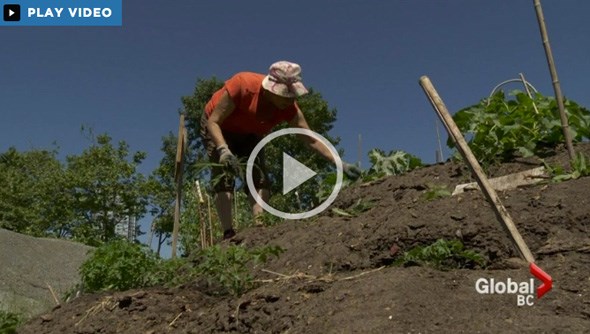 We called the person at the City who's responsible for Eklas's file a few days ago but haven't yet heard back from them. From the looks of the Global piece there's likely going to be a happy ending here but we'll let you know if Eklas needs more support to keep her plot!