5 things you didn’t know about the Woodward's Building

Each week we'll uncover some unusual and (hopefully) interesting facts about the city. This week we take on Gastown's historic Woodward's Building. 1.
Dec 19, 2017 2:19 PM By: V.I.A.

Each week we'll uncover some unusual and (hopefully) interesting facts about the city. This week we take on Gastown's historic Woodward's Building.

1. The original building was constructed for the Woodward's Department Store 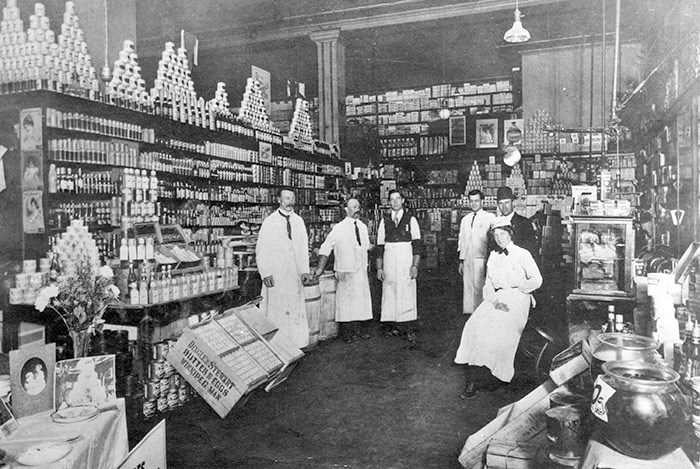 The first Woodward's store opened at the corner of present-day Main and Georgia Streets in 1892. At the time, Cordova, between Abbott and Carrall was a retail shopping destination for most of the city. Looking to expand, Charles Woodward opened a new four-storey location at the corner of Hastings and Abbott in 1903.

2. The store was famous for its annual Christmas displays 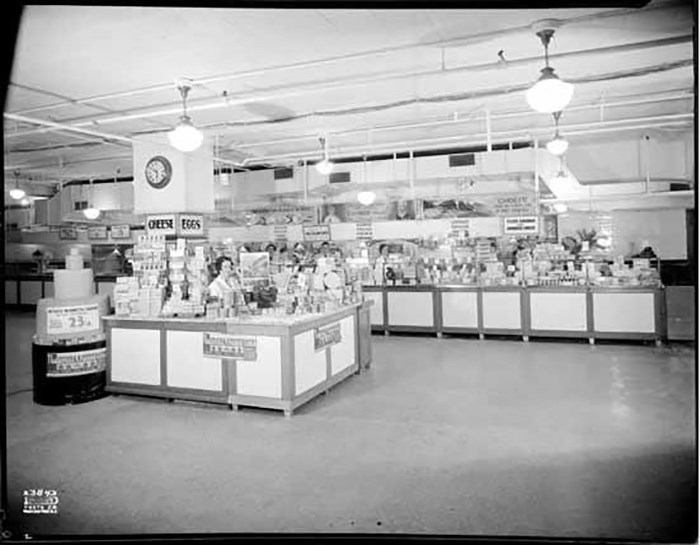 The department store was also known for its basement level Food Floor, and the distinct "W" that adorned the top of the building. Speaking of which...

3. The "W" was affixed to a 25-metre replica of the Eiffel Tower 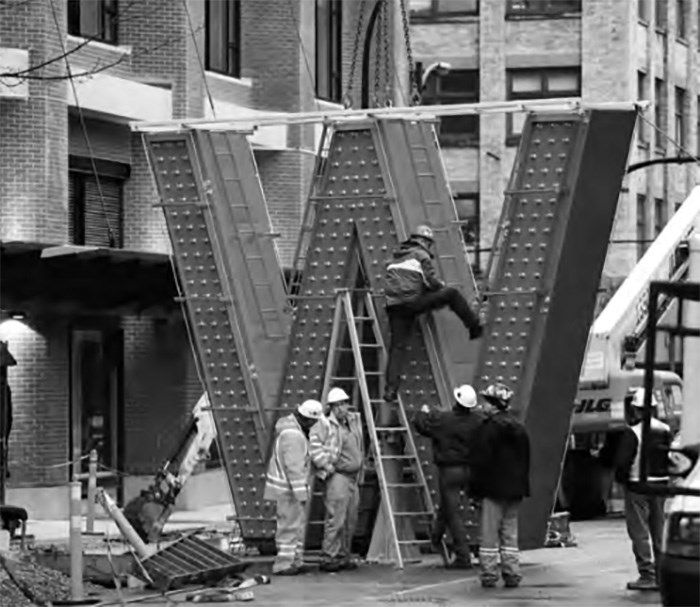 The iconic Woodward's "W" was installed on top of a pint-size replica of the Eiffel Tower in 1944. The installation replaced a pre-war searchlight, which was shut down at the beginning of WWII over concerns of it being a target for aerial attacks.

The original "W" is now on display just outside the Woodward's atrium. The new rooftop "W" is replica of the original, with the addition of energy efficient LED lights.

4. The original 1903 building is still in use today 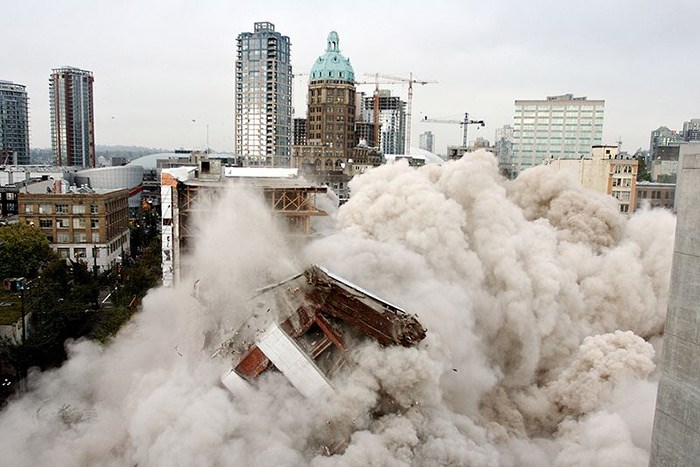 The final collapse of the Woodward’s building on September 30, 2006, taken from across Cordova Street facing south. The original 1903 section can be seen standing behind the cloud at Abbott and Hastings. Photo: Tannoy/Wikipedia

Woodward's was demolished in 2006 as part of the city's efforts to redevelop the surrounding area. The original 1903-1908 portions of the building were preserved and now house community spaces and nonprofit offices.

5. The atrium mural commemorates the Battle of Maple Tree Square 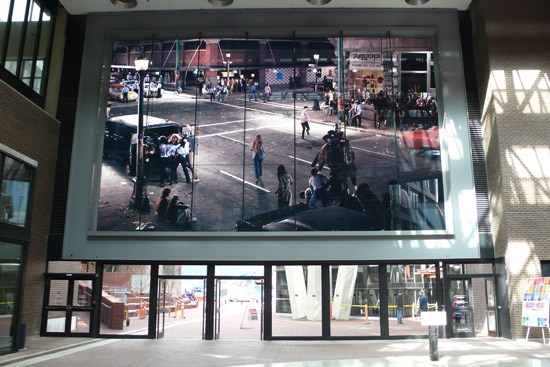