This series had its genesis when I began photographing Vancouver area location shoots in the summer of 2010 to get over a long post-Olympics funk.
Susan Gittins Sep 13, 2012 1:55 PM

How much does the CBC love Arctic Air? Heaps. At the CBC Upfronts in May, host George Stroumboulopoulos introduced the cast of Arctic Air first in the Prime Time segment, ahead of the Dragon's Den Dragons. And for good reason. The Vancouver-and-Yellowknife-shot adventure series, starring Adam Beach and Pascale Hutton, averaged just under a million viewers in its first season, making it the most-watched debut season for a CBC drama series in fifteen years.

Arctic Air, which returns for a second season in early 2013, is just one of CBC's Canadian dramas to look forward to this fall and winter. Long-running 1890s Toronto detective series Murdoch Mysteries, starring Yannick Bisson, relocates to the CBC next Monday, September 17th, airing a repeat of its fifth season before unveiling a new sixth season on the public broadcaster (Bisson joked at the upfront that leaving City-TV for CBC was like the girlfriend who got dumped but married a surgeon). And the rollicking father-and-son private detective series Republic of Doyle, set in picturesque St. John's, Newfoundland, returns for a fourth season in the new year. It not only stars Newfoundland native Allan Hawco, it is produced and often written by this impressive multi-tasker. Also coming this winter on CBC is a new, present-day Toronto detective series Cracked, starring David Sutcliffe (Rory Gilmore's Dad) as the police detective and Stefanie von Pfetten as the psychiatrist, who work together in a Psych Crimes Unit. 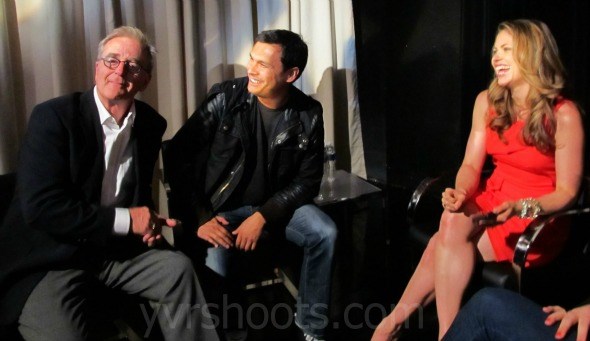 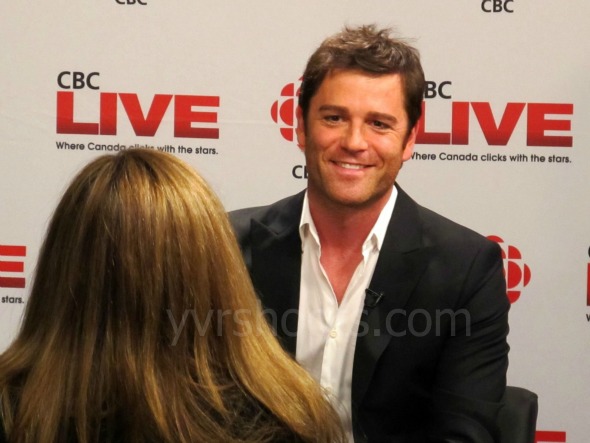 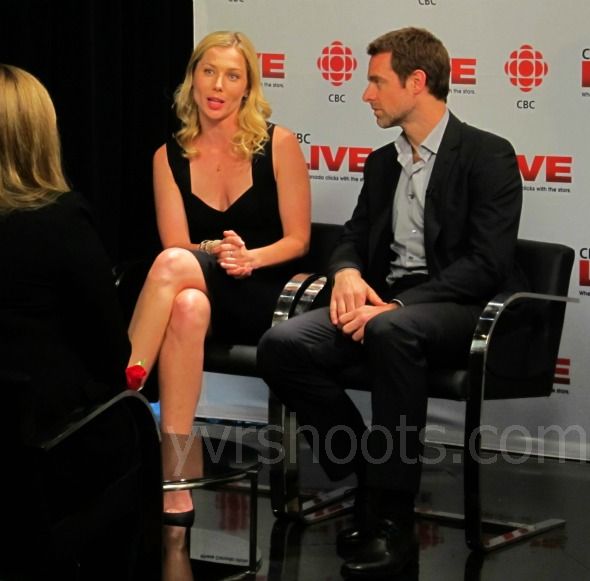 Rejuvenated consumer advocacy show Marketplace gets the honour of kicking off CBC's made-by-Canadians-for-Canadians dramas,  comedies, unscripted and current affairs 2012-13 lineup tomorrow night, September 14th. Co-hosted by Vancouver's Erica Johnson and Toronto's Tom Harrington, Marketplace doubles its episodes to 24 in its 40th season, a tribute to its audience skyrocketing to more than a million viewers in 2011-12. Johnson tweeted about flying to Toronto two weekends ago to start work on the show. On Sunday night, CBC premieres its new reality series Over the Rainbow with a two-hour episode about the search for an actress to play Dorothy and a dog to play Toto in a new Mirvish staging of The Wizard of Oz. (Over the Rainbow replaces on-hiatus Battle of the Blades whose high production costs made it a logical place to save money after the Harper government axed 10% of the CBC's billion-dollar annual funding. Repeats of popular programs like Dragon's Den will fill  holes in the schedule from other cancellations).

Tuesday marks the start of  a 10th season of The Rick Mercer Report and a 22nd season of This Hour Has 22 Minutes, both proof that Canadians do funny extremely well. 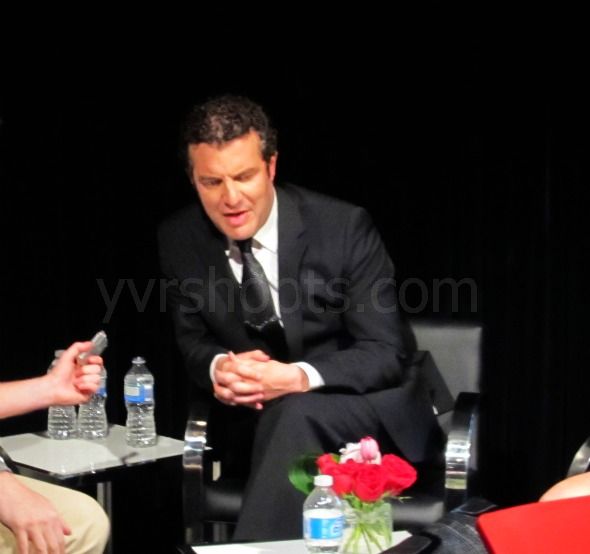 Returning next Wednesday, September 19th, is Canada's #1 unscripted series Dragon's Den with a new Dragon in the Den: personal finance guru David Chilton (on the right below), author of The Wealthy Barber, the country's all-time bestselling book. 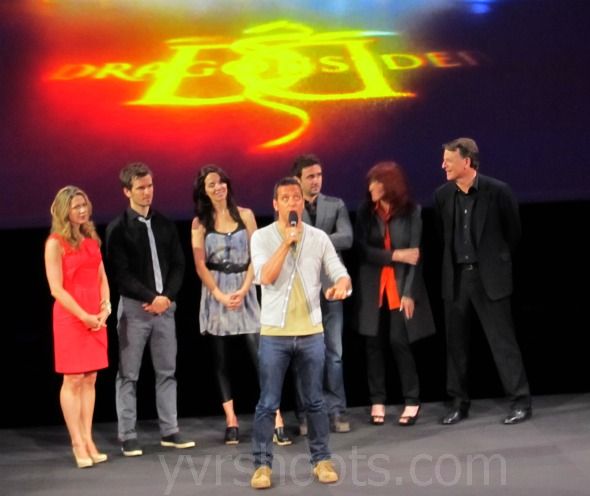 But Saturday staple Hockey Night in Canada, may be a no-show this fall because of the NHL lockout. And that will mean the CBC not only postponing a 60th Anniversary party for its biggest and most popular show but also the loss of a huge chunk of advertising revenue needed to counter budget cuts. Hopefully hockey will be back before the winter season and the return of Arctic Air. This classic adventure series about a maverick northern airline started filming its second season in Vancouver in mid-July on its permanent sets in Aldergrove and at other locations like local airports. Then cast and crew spent ten days in Yellowknife filming scenes, including a big forest fire. But as the days grow shorter and temperatures drop up north, Arctic Air must find more B.C. alternatives to Yellowknife like Clinton in Cariboo Country, where much of the season one finale was shot. 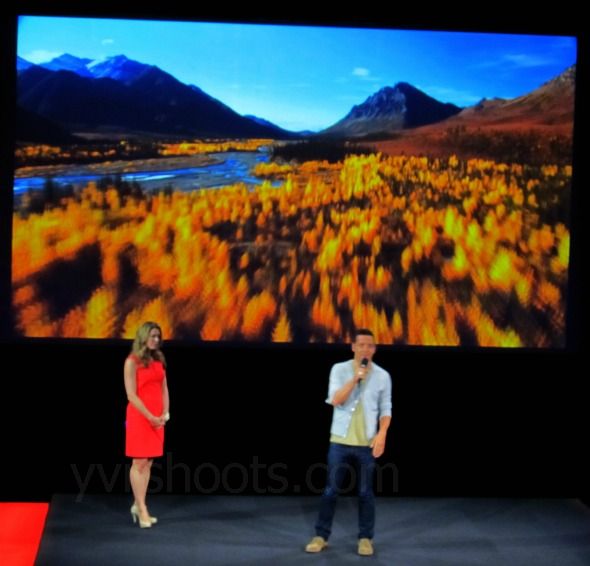 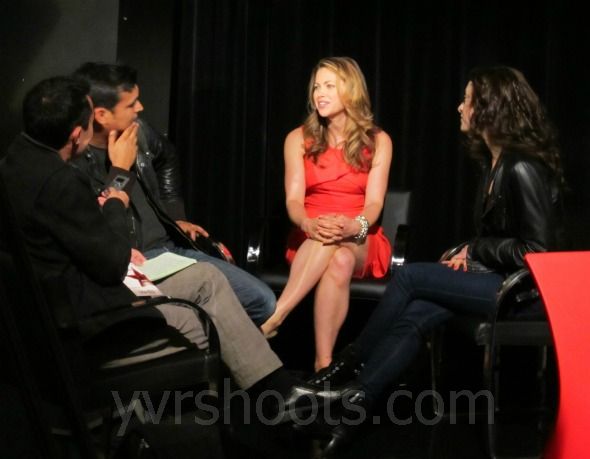 That season finale left the airline's co-founder Mel Ivarson in jeapardy. Will the notorious curmdugeon live or die? I asked the cast if Kevin McNulty's absence at the upfront meant Mr. Crankypants didn't survive the finale. "This is the Adam Beach Show," quipped Beach, intimating McNulty had gotten too big for his boots. But Beach was joking. Only the writers know what will happen in season two's thirteen episodes.

When The Province's Glen Schaefer visited the set not too long ago, there were no reveals about Mel's fate in his report. Schaefer did get to see one of my favourite characters, Aleks Paunovic's prospector Jim McAlister, in a boxing ring set up inside a Langley airport hangar. Paunovic, know as "The Griz" , even tweeted a photo of himself rehearsing the fight.

Arctic Air must feel like it's levelled off after a somewhat turbulent takeoff through uncertainty. When I asked  leads Adam Beach and Pascale Hutton what they enjoyed most about the first season, their answer was quick -- CBC's support.