In the third year of this series, expect me to photograph and write about more of the film and TV productions which showcase our city and sometimes put a celebrity actor or two in the frame.
Susan Gittins Jan 8, 2013 3:04 PM
New crime drama Cracked premieres tonight at 9 p.m. on CBC, starring David Sutcliffe (Rory Gilmore's Dad) as a Toronto police officer and Vancouver actress Stefanie von Pfetten as a Toronto psychiatrist, who work together in a new Psych Crimes Investigative Unit. Unfortunately, I turned down an opportunity to interview them when they were in Vancouver last May for a media preview of CBC's 2012-13 season but did photograph the new crime-fighting duo on stage with host Geroge Stroumboulopoulos. 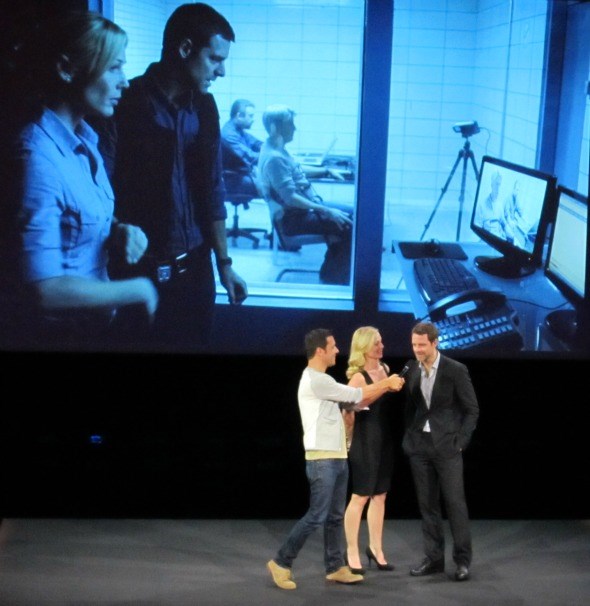 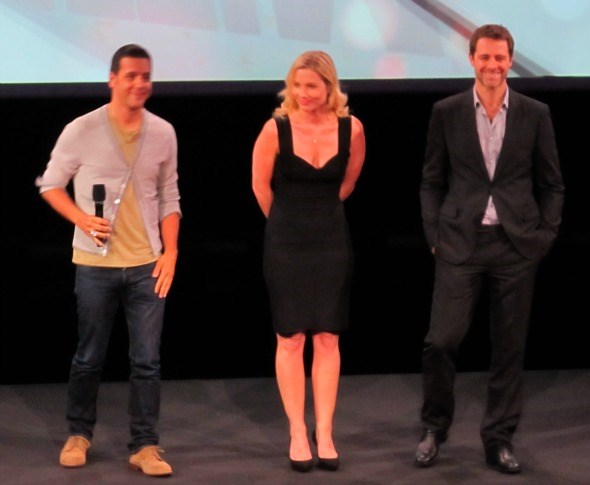 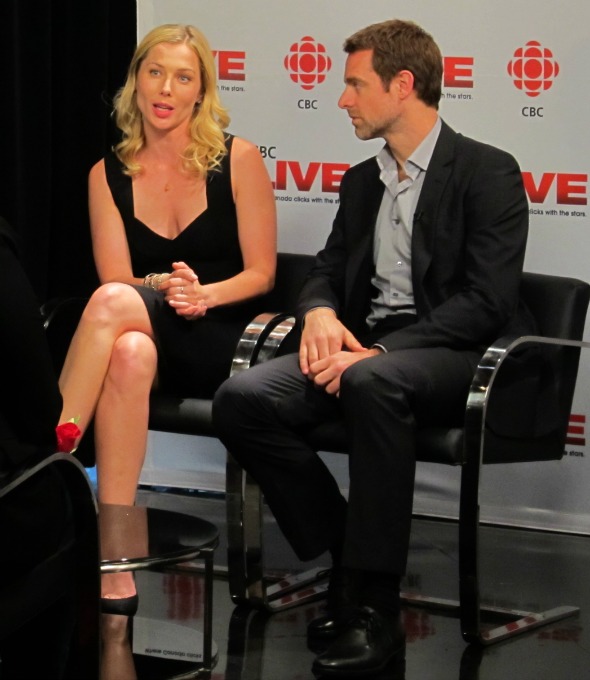 In the Cracked premiere tonight, former tactical unit officer Aidan Black (David Sutcliffe) is cracking up from post-traumatic stress disorder when he's assigned to work with forensic psychiatrist Dr. Daniella Ridley (Stefanie von Pfetten) in a new Psych Crimes Investigative Unit. Their first case involves a murder where the victim has been impaled by a light bulb in the chest.

Toronto police officer-turned-screenwriter Calum de Hartog conceived of a Psych Crimes Investiagative Unit  from his own experience of police working with mental health professionals in real-life Toronto crisis interventions teams. And then he took creative licence to put a fictional police officer suffering from mental illness into a fictional unit investigating crimes involving mental illness.  David Sutcliffe told the CBC that he hopes his traumatized detective will help audiences see that being cracked is part of being human

Follow Susan on Twitter at Twitter.com/SusanGittins, check out her daily blog yvrshoots.com, watch her photo stream on her Flickr for updates and watch V.I.A. for more from her YVRShoots series!