This new series had its genesis when I began photographing Vancouver area location shoots last summer to get over a long post-Olympics funk.
Susan Gittins Mar 31, 2011 3:21 PM

Did you spot a dozen or so vampires entering the blood-red interior of Barcelona night club on Granville Street this past Tuesday night? Maybe it’s not that surprising to see vampires on the streets of Vancouver with two big features – The Twilight Saga: Breaking Dawn and Underworld 4 – filming here but the vampires at Barcelona this week belonged to TV series Psych and are featured in the third episode of the sixth season, the aptly-titled “This Episode Sucks”.

Psych star James Roday teased fans late last year with the prospect of a vampire-themed episode for the long-running and popular USA Networks detective series, promising that the show would do something different than the "spoofs on spoofs on spoofs" already out there. I don't know if he planned to direct the episode back then but he is directing it now and getting ribbed for it by his co-stars. 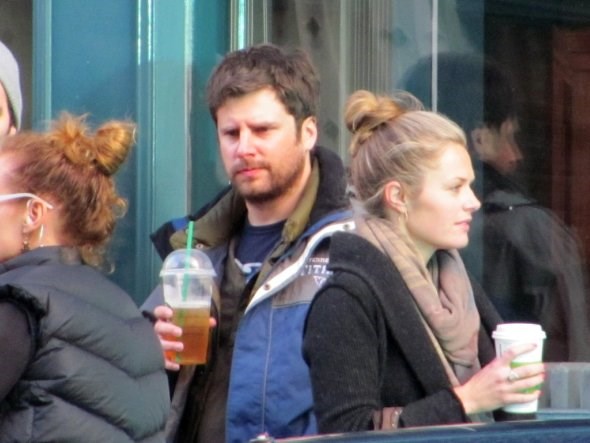 Psych is the story of Shawn Spencer, played by James Roday, who cons the Santa Barbara police department into believing he`s a psychic but really uses his superior observational skills to solve crimes.  He partners up with his best friend Burton "Gus" Guster, played by Dulé Hill (The West Wing) as police consultants. Lots of jokes and pranks later, the American comedy-drama is filming its sixth season.

A vampire episode is not that much of a departure for a dramedy like Psych, which paid tribute to cult noir series Twin Peaks last fall in an episode where the detectives investigated a murder of a high school student  in fictional Dual Spires, with Twin Peak cast Sheryl Lee, Sherilyn Fenn, Ray Wise and Dana Ashbrook all guest starring.

For the first filmed episode of the sixth season, Psych producers searched for an actress already known for playing a vampire in a film or TV series. Then in a role reversal, they cast Kristy Swanson, who staked many a vampire in the movie Buffy the Vampire Slayer, as their lead suspect in a vampire-style killing. Vampire-related actor Corey Feldman from Lost Boys is on board too in one of the guest star roles, either as a vampire club bartender or as an offbeat rocker. The other vampire-related guest actor  is not yet known. 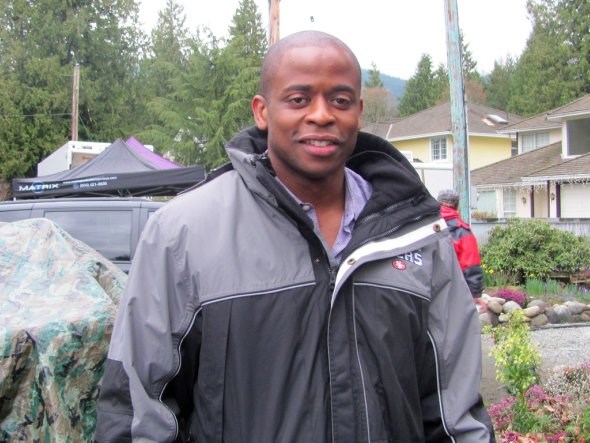 Late last week, Dulé Hill tweeted a  photo of  a Psych family reunion, along with special guest star Kristy Swanson as Marlowe Viccellio. She reportedly meets and charms Timothy Ormundson's head detective Carlton `Lassie`Lassiter (a longtime skeptic of psychic and other supernatural abilities) in a bar. It`s love for Lassiter until Viccellio disappears and becomes his chief suspect in a bizarre vampire murder. 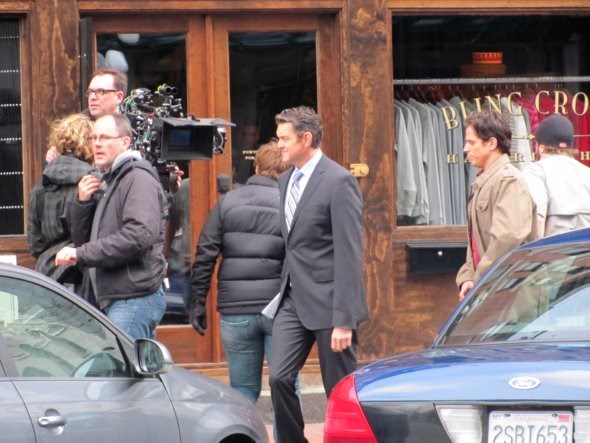 I first caught up with Psych at the Columbia Hotel in Gastown last Friday on their first day of filming season six, watching several extras dressed for a night out emerging from the hotel bar, along with Timothy Omundson.  Psych then moved down a few blocks to a storefront transformed into Bling Crosby habadashery. There I saw actor-turned-director James Roday in action with his co-stars  Omundson and the junior detective Juliet O"Hara played by Maggie Lawson. That evening,  Psych set up on top of the Bay parkade to film the vampire-style death, with a stunt jump or fall from the roof to the street but I couldn't stick around to see it.

Psych returned to the top of the Bay parkade this past Tuesday for the daytime discovery of the murder.  Dulé Hill tweeted early on: "I should get off Twitter, get out of my trailer & start this day. Or, I could have the director wait, that would be fun! :) #TheDirectorIsRoday".  Hill is also part of the campaign to get his co-star on Twitter: #GetRodayonTwitter. Later he tweeted a photo of himself (in his San Francisco 49ers jacket) with Roday on set. You can see the classical facade of  The Bay department store in the background.

While eating an early lunch in The Seymour Room at The Bay, I tried to spot James Roday and Dulé Hill on the top of the parkade through dirty windows but  to no avail. I did see the crime scene with Santa Barbara police cruisers and the detectives played by Ormundson and  Lawson turning over the blood-drained corpse. Psych wrapped at that location not long after, moving on to the 1100 block on Seymour Street and then the big night shoot inside the Barcelona club with vampires. A friend photographed Corey Feldman arriving for his scenes inside the club.

Yesterday word came of Dulé Hill on location at  a house in Capilano Heights section of North Vancouver. He graciously allowed me to take his photo before heading into the ranch house for his scenes.  He told me vampires had been on set earlier but I didn`t ask whether he was talking about vampires guest stars or extras.

Today Dulé  Hill tweeted about getting in a car with Corbin Berenson, who plays psychic Shawn`s tightly-wound former police sergeant fatther, but not Kristy Swanson. So if you stumble upon a Psych location shoot over the next several days, keep your eyes peeled for the vampire slayer but be careful -- this time she might be the one who drains your blood.