This series had its genesis when I began photographing Vancouver area location shoots in the summer of 2010 to get over a post-Olympics funk.
Susan Gittins Apr 20, 2012 2:26 PM

Tonight's Fringe -- called Letters of Transit -- promises to be epic, apparently set in the year 2036 in a world ruled by the Observers, with big scenes of background performers dressed in their grey suits and fedoras filmed at the Olympic Village and on a concourse in B.C. Place stadium. Can you remember any TV production ever renting out even part of new B.C. Place for filming?

This is huge. Why is John Noble's Walter Bishop in the future with Lost's Desmond, aka Henry Ian Cusick? Vancouver's own Fringe star Joshua Jackson has said this is where "the door to [Fringe's] fifth season is opened" and plays into the decision to film two season four endings, one that would be used if Fringe is renewed (presumably related to the future Observer world) and the other if the show is cancelled. 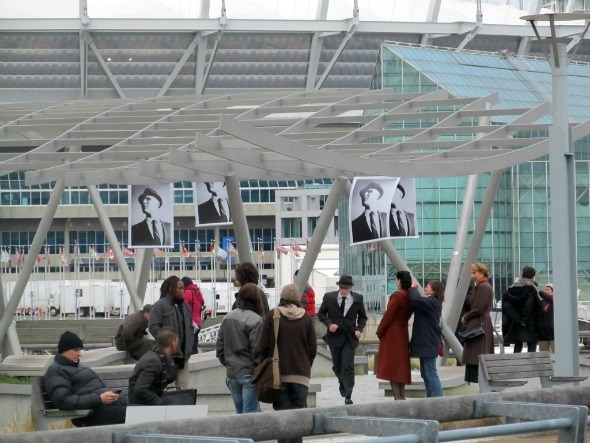 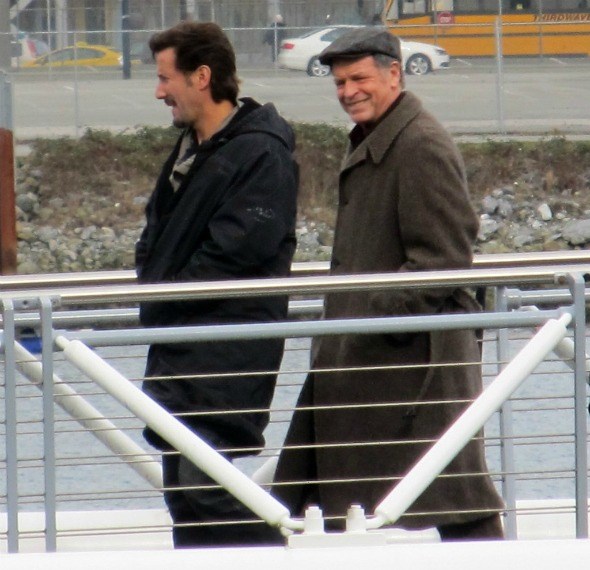 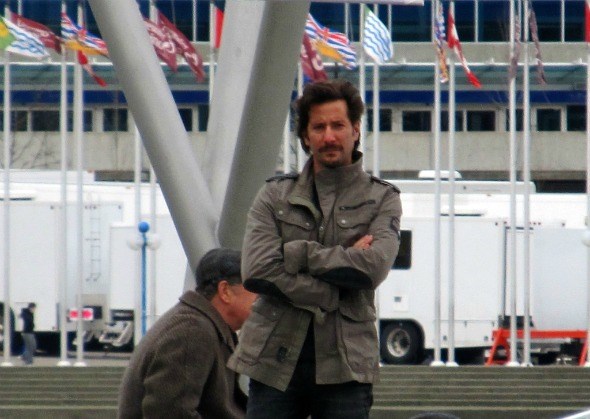 .Joshua Jackson will be live-tweeting tonight with his handle @VanCityJax using the Fringenuity hashtag #FighttheFuture, along with Fringe showrunners Joel Wyman, @jwfringe, and Jeff Pinker, @jpfringe.

The Fringe Campaign, launched by Fringe fans at Fringenuity and adopted by Fringies the world over, is now backed by Fringe producers and the American broadcaster FOX. If you're watching Fringe live tonight in the U.S., check out the lower right hand corner of the screen and you'll see #FighttheFuture instead of #Fringe. Unique hashtags for the eleven Fringe episodes of 2012 have all trended on Twitter worldwide, in the U.S. and in Vancouver.

FOX adopted the Fringenuity hashtags starting with the show's Spring premiere five weeks ago. Audience isn't just about Nielsen ratings anymore. Fringe has proved itself a social media success with a big presence on Twitter, Tumblr and Facebook. I've participated in all eleven Twitter campaigns to date by live-tweeting during the west coast broadcast but not in the GetGlue campaign, where fans check in to Fringe and the show's sponsors -- Nissan Leaf and Sprint -- live during commercials. The ongoing campaign helps decision-makers see how much reach the unmeasured Fringe fandom has during discussions between broadcaster FOX and production company Warner Bros TV about whether or not to renew the cult show for a fifth and final season. Please join in with live-tweeting during tonight's episode using the unique hashtag #FighttheFuture only not #Fringe (because of the way the Twitter algorithym determines trending topics) no sooner than one hour before the east coast broadcast.

The Spring premiere, A Short Story About Love, had the apt Fringeunity hashtag #whereyoubelong. It couldn't have been more fitting since episode fifteen is the one where Joshua Jackson's Peter Bishop discovers he's been home all along and that Anna Torv's Olivia Dunham in this timeline is his Olivia, ending with a rapturous kiss for POlivia shippers, filmed near the Gassy Jack statue in Gastown one bitterly cold night. 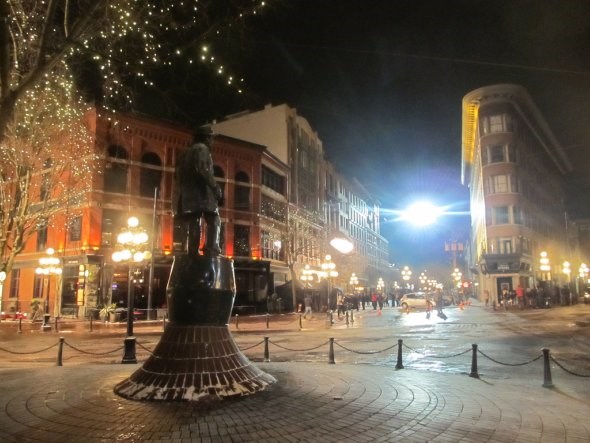 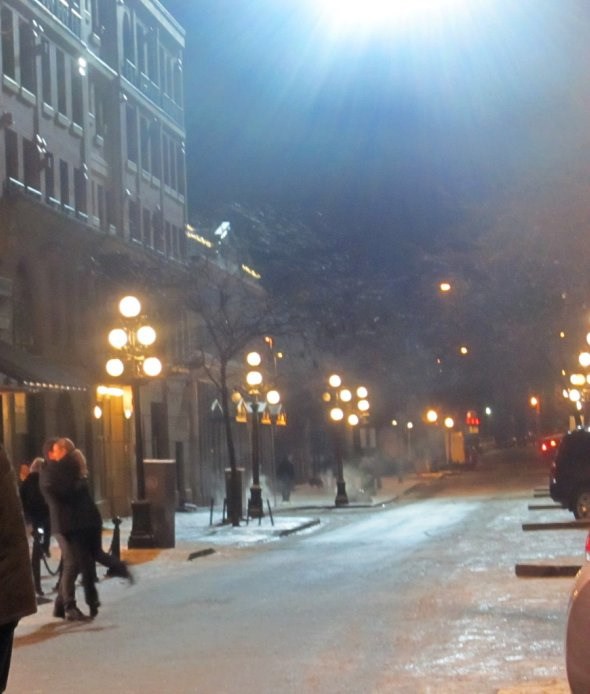 On March 30th,  episode sixteen Nothing is as it Seems, featured flying "wereupines" and another apt Fringenuity hashtag, #ChangeYourWorld.

A week later, Seth Gabel played double duty as our Lincoln Lee crossed over to the alt-universe to team up with his doppleganger alt-Lincoln Lee and the Olivia Dunham doppleganger Fauxlivia to investigate a vigilante shapeshifter with connections to the apparent Big Bad of this season, Jared Harris's David Robert Jones. That Friday's Fringenuity hashtag #faceyourself had unintended resonance when Captain Lee was shot in the scene below filmed in Victory Square, featuring Anna Torv's Fauxlivia with a big gun. 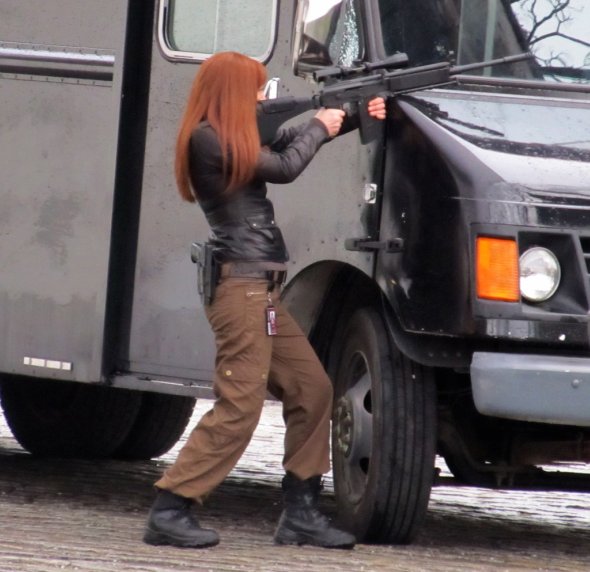 In last Friday's episode eighteen, The Consultant, John Noble's Walter Bishop crossed over to the alt-universe to help with a case of synced deaths, which turned out to be David Robert Jones experimenting with syncing the two parallel universes with the goal of collapsing them both. The Fringeunity hashtag was #AcrosstheUniverse. I didn't photograph any of the alt-universe scenes, but did photograph the Fringe family --  Olivia Dunham, Peter Bishop and Walter Bishop -- filming at CBC Vancouver, as well as Peter Bishop and Olivia Dunham from above on the Burrard Bridge walking to a synced crime scene. 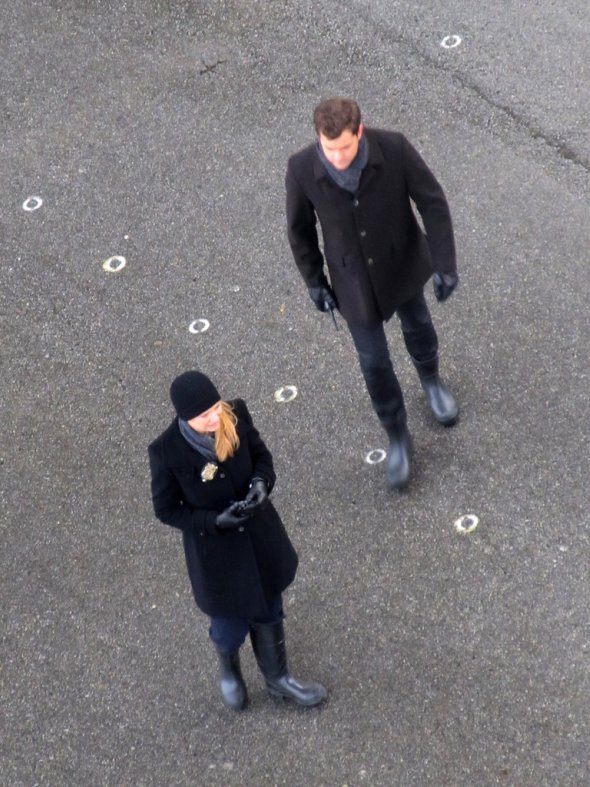 And that brings us to tonight's pivotal episode nineteen, Letters of Transit, where the Fringe team apparently takes on the Observers in a war that will change everything. There has been much discussion about Georgina Haig, shown below with Blair Brown's Nina Sharp in a silver wig and a wheelchair. Haig is listed as Agent Etta, but could she POlivia's daughter as well? Her striking resemblance to Anna Torv can't be an accident -- not much is with brilliant showrunners like this. We will have to watch to see if there's an explanation. 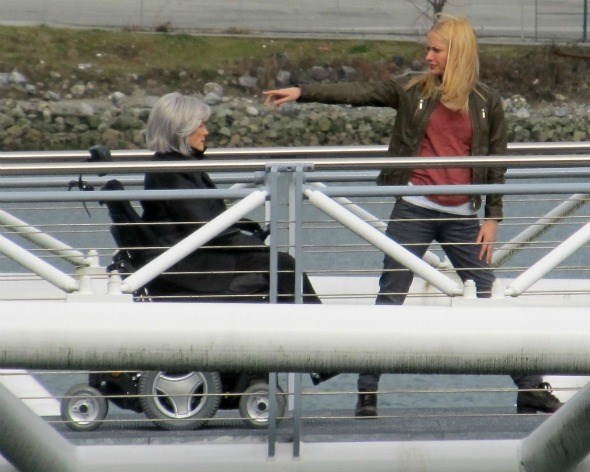 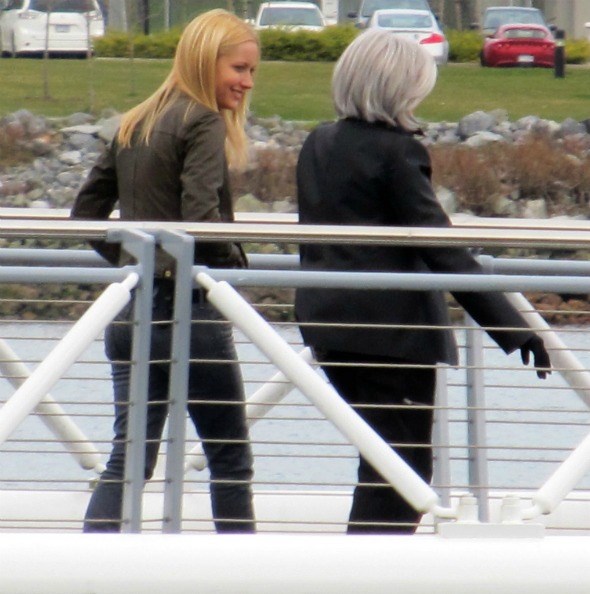 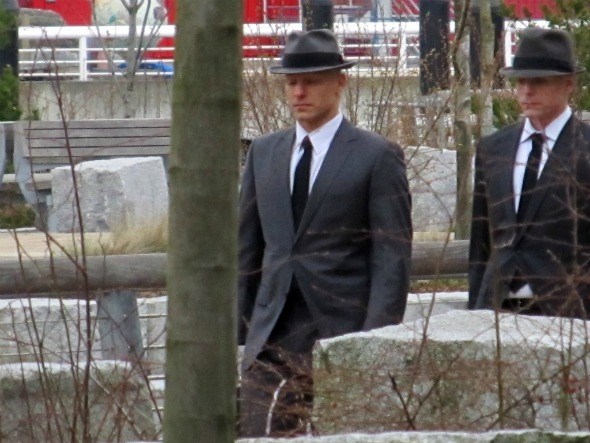 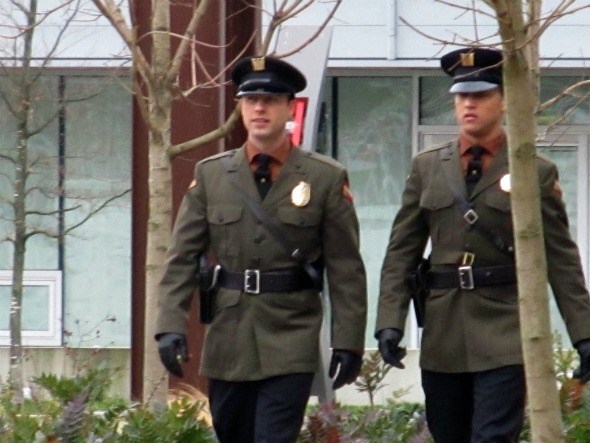 So that leaves us with only three epsiodes of Fringe left this season, including the two-part season finale appropriately called Endgame (retitled Brave New World after the renewal). Let's hope that tonight's episode leads to the ending that takes us forward into more Fringe.

Fringe airs at 9 p.m. Fridays on City-TV in Canada and FOX in the U.S.

UPDATE: Fringe showrunners Jeff Pinker and Joel Wyman refuted the talk that two season finale endings were filmed. The one we watched on May 11th was it. Luckily for us, Fringe was renewed so it leads us into the fifth and final season in the fall