For their 10th anniversary, this Richmond French bakery will put squid ink fondue on the menu

Known for their croissants and macarons, this patisserie will soon be dipping into specialty fondues and more on their new menu.
Feb 18, 2020 11:23 AM By: Valerie Leung 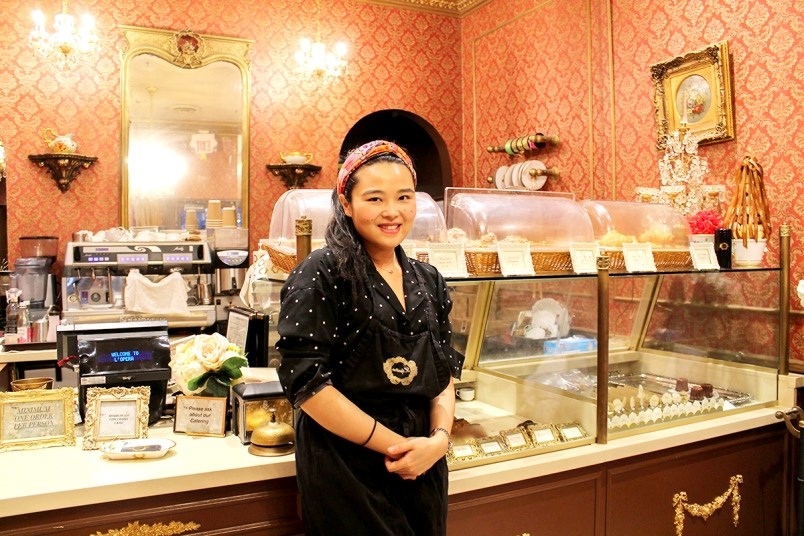 Janice Marta, co-owner and manager of L'Opera Patisserie, is excited about celebrating 10 years in business. Photo by Valerie Leung/Richmond News

Hidden away in a small nook of Richmond, a French patisserie celebrates their 10th year anniversary with a new menu.

L’Opera Patisserie, a small family-run patisserie, on Minoru Boulevard close to Westminster highway, will be introducing its new fondue menu this spring.

Janice Marta, co-owner and manager of the patisserie, said she is excited to introduce the menu after having waited for a year.

“We are going to introduce a squid ink fondue and a truffle fondue,” said Marta, adding that she hasn’t seen anything like it in Richmond yet.

The complete menu is still under construction, but she anticipates the white-wine cheese sauce with shrimp, lobster and scallops with the option to add truffles will be popular.

“The tier will come out with things to dip like roasted potatoes, house-made baguettes, some mini croissants, seafood and meat,” explained Marta.

For the time being, she said, L’Opera’s most popular items are their macarons, afternoon tea and new croissant flavours – salted duck egg yolk, dirty matcha and masago – which were released last October.

“The patisserie has grown since 2010 and looking back, it was nothing short of a miracle that we are still here,” said Marta.

Marta, who was a UBC student at the time, baked as a hobby for friends and relatives.

She told the Richmond News that she was “so desperate” to recreate the croissant she had on a trip to France that she consistently baked the French pastry 35 times before coming close to the results she wanted.

“I was giving them out to relatives at the time and word got out,” said Marta, adding that others started placing orders.

“It got so popular that at one point I had 300 croissant orders in a day and it was crazy!”

Her grandfather suggested she should open a small shop with the help of her relatives who owned the property space.

“Opening (L’Opera) was challenging because I’ve never worked in the food industry before,” said Marta, adding that she had no business background either.

“My mother was here day in and day out from the beginning and it was just me and her … until six months in business just took off. I’m not sure who spread the word, but it was like a chain reaction.”

L’Opera has been a steep learning curve, she said, but because of family and customer support these past years, she is thankful.

New spot for pizza, beer, and cocktails opening next week at boutique Vancouver hotel
Sep 18, 2020 10:39 AM