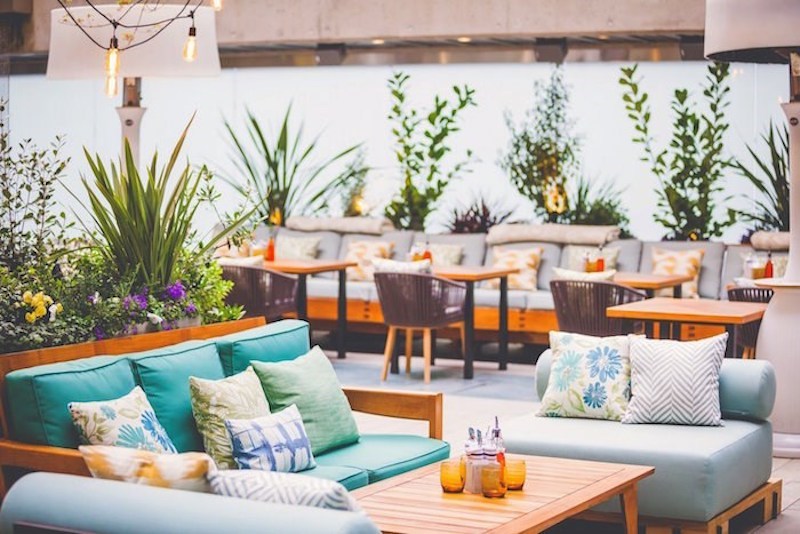 Reflections, the rooftop patio at the Rosewood Georgia, which the hotel calls its 'garden terrace,' will re-open this May after being closed more than a year.Rosewood Hotel Georgia/Facebook

The rooms have sat empty at downtown Vancouver's award-winning Rosewood Hotel Georgia for over a year, but that's all coming to an end soon. The hotel announced this week it will re-open to overnight guests starting May 1, and some of its most beloved amenities will also re-emerge from pandemic closure.

While many of Vancouver's hotels were up and running as of last summer for business travellers and staycationers, the historic Hotel Georgia remained shuttered - although restaurant tenants Hawksworth and Bel Café have been welcoming guests for the duration.

In addition to re-opening for hotel stays, the hotel says the doors will re-open at its Sense, A Rosewood Spa, the 1927 Lobby Lounge, and - perhaps the most exciting of all - its rooftop patio restaurant, Reflections, A Garden Terrace.

The Garden Terrace, which is tucked on the hotel property on a fourth-level rooftop, is one of the city's favourite and most exclusive summer hangouts. Featuring a menu of share-plates and light bites as well as fresh cocktails, Reflections is a big draw each year, though the venue took a pause in 2020.

Being closed for a year didn't stop Rosewood Hotel Georgia from gaining more global recognition as a favoured travel destination. Earlier this year, The U.S. News & World Report included the Vancouver hotel in a ranking of the top 10 hotels in Canada, placing the posh stay second overall on the list.