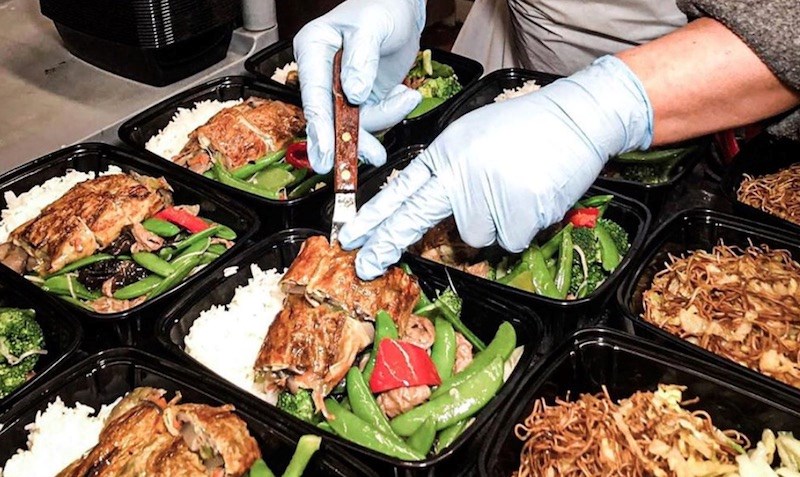 This has been a challenging year - to say the least - for the Chinese Restaurant Awards in Vancouver.

It's the 12th year for the awards, which recognize the best in an array of categories of Metro Vancouver's abundant Chinese restaurants, from both the diner and the critics' perspectives. Just a few weeks ago, as Chinese restaurants were suffering from huge downturns in business due to rumours of COVID-19 infections, the Diners' Choice voting phase opened up for this year's awards.

But as we now know, March didn't give us many opportunities to dine out. By the middle of the month, restaurants across Metro Vancouver were ordered to close to dine-in customers, with some opting to stay open to provide take-out and delivery options.

In a powerful show of support and solidarity, the Chinese Restaurant Awards have co-created a campaign called Chopsticks to Vancouver Health Care Heroes (#Chopstickstoheroes). With 30 participating restaurants, the campaign will provide 100 meals per day for a 15-day period to frontline health care workers at Vancouver General Hospital.

The campaign started on Monday, April 6.

“Through our twelve years of experience in collaboration and operation, Chinese Restaurant Awards has established an inseparable relationship with local Chinese and Taiwanese restaurants. We are honoured to be the supporting organization of the #ChopstickstoHeroes Campaign, by connecting the generosity of Asian restaurants with the bravery of frontline health care workers,” said Rae Kung, Managing Director of Chinese Restaurant Awards.

Most of the restaurants donating delicious meals to VGH workers are those that have been nominated in the Chinese Restaurant Awards' Diners' Choice categories. Some, like Fortune Terrace Chinese Cuisine, New Fishport Seafood Bistro and Peninsula Seafood Restaurant, had closed their doors, but opted to get back into the kitchen to take part in #ChopstickstoHeroes.

After the inital round, the plan is to continue with donations of meals to more Metro Vancouver facilities, including Mount Saint Joseph Hospital, UBC Hospital Purdy Pavilion long term care, and Royal Columbian Hospital, as well as both Richmond Hospital and Burnaby Hospital - the latter two for which they are awaiting protocols for food donations.

Additionally, the public is able to pledge their support by donating to the GoFundMe crowdfunding campaign launched alongside #Chopsticksforheroes. It takes $5 to fund a single meal, and 100% of donations are used for the restaurants to make the meals for the campaign.

Anyone can help by sharing the story of the #chopstickstoheroes campaign to get the word out, by ordering take-out or delivery from the participating restaurants who are offering those options right now, and of course dining at these restaurants as soon as they have re-opened and distancing measures are no longer in place.