This is a serious game-changer in the fast food nation: A&W Canada has announced they will be offering an innovative plant-based burger to their menu, and it will be available at every location from coast to coast.

This is a serious game-changer in the fast food nation: A&W Canada has announced they will be offering an innovative plant-based burger to their menu, and it will be available at every location from coast to coast.

The Beyond Meat burger, packed with plant-derived protein from pulses like peas and mung beans, will be an option at all of A&W's over 925 locations Canada-wide starting July 9, 2018. 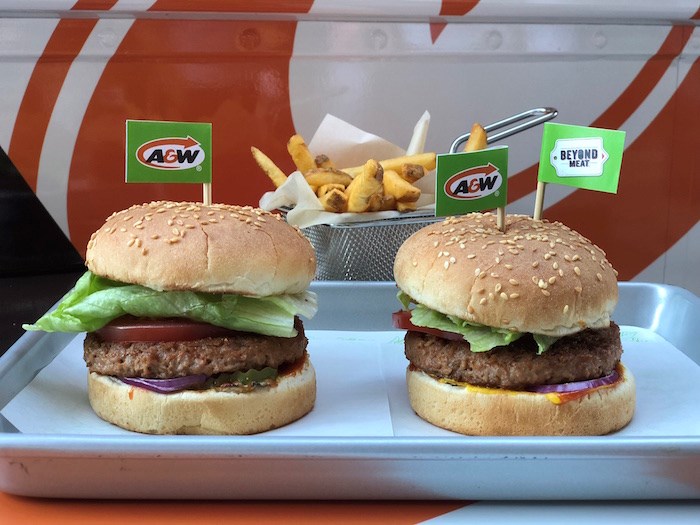 Developed in Los Angeles and available to home consumers in a frozen ready-to-cook format, the Beyond Meat burger includes beets in its ingredient list to help mimic the colour of meat, however it does not "bleed"--a claim to fame held by other items on the market.

Vegans, vegetarians, and flexitarians who are looking to get more plant-based foods into their diets have been hungry for choices in the fast food sector. Served on a bun with plant-based accompaniments like ketchup, mustard, lettuce, and tomato, the Beyond burger at A&W Canada is poised to give the industry a real shake up.

It's also satisfying a missing niche for many vegans. Vancouver food writer Erin Ireland was among those invited to taste-drive this revolutionary new menu item at an A&W Canada event Thursday in Toronto.

"I really couldn’t believe how good it is," Ireland tells Vancouver Is Awesome. 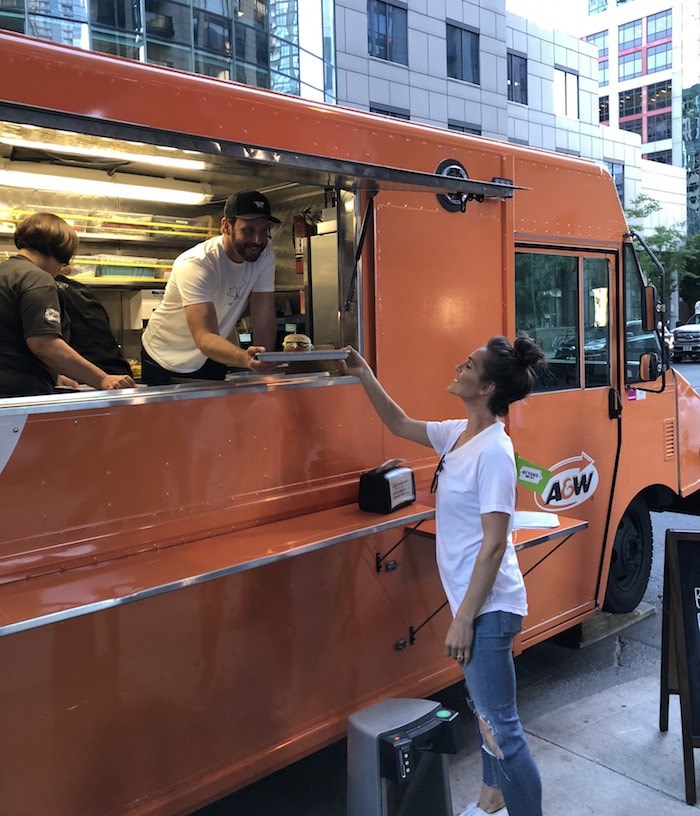 Vancouver’s Ireland checks out the Beyond Meat burger at an A&W event in Toronto on June 22, 2018 (Photo courtesy Erin Ireland)

"I haven’t had a 'fast food' burger in ages and what I remember of them is that they’re flimsy and pancake thin. Not the case here!" Ireland adds, noting how A&W's Beyond hits all those classic burger notes.

"And the A&W beyond meat patty really does taste like meat...enough to cause some vegans to check the ingredients I bet," the passionate plant-based influencer adds.

Also present at the event were vegan cookbook author and TV personality Lauren Toyota, and Beyond Meat's CEO Ethan Brown, whose mantra is "You don’t need animals to make meat."

It's a definite "amen!" to that from Ireland, who says she's thrilled that A&W will be able to reach so many customers around the country who may not otherwise have plant-based options, particularly in smaller communities.

"I’m always sharing plant-based dining options on my feed and a recurring comment I get from people living outside of Vancouver is that they wish they had more options where they live," attests Ireland.

Canadian consumers in search of a fast food revolution are certainly set to find one going on at A&W--they are the first national burger chain in the country to put this kind of burger on their regular menu, and are Beyond Meat's largest restaurant partner.

The North Vancouver-based fast food chain is making big strides in sustainability of late, having recently announced that they would ditch plastic straws at all of their locations by the end of the year.

A Metallica-inspired whiskey is now available in Vancouver
Dec 8, 2021 9:42 AM