The hand sanitizer is being distributed to health care workers and first responders
0
Mar 21, 2020 7:00 AM By: Andrew Duffy 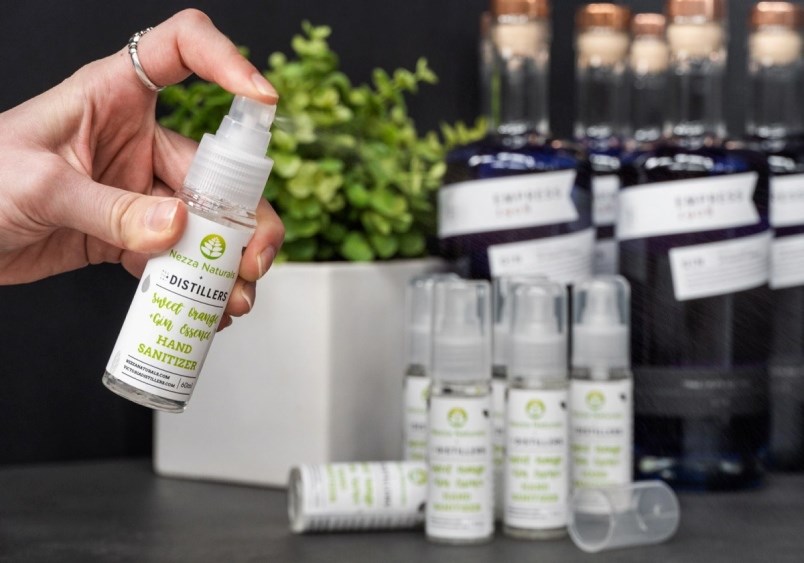 The lack of hand sanitizer on store shelves, in hospitals and for first responders during the COVID-19 outbreak has spurred a pair of distillers on Vancouver Island to start producing it.

Victoria Distillers and Courtenay’s Wayward Distillery have both been producing hand sanitizer this week, handing it out at no cost to first responders and community organizations that need it.

David Brimacombe, chief executive at Wayward, said he and most of his team are ex-military and community-minded, and saw the shortages affecting people on the front lines.

“We rely on this community [of health workers] to keep us alive and so it seems fitting to pay the favour back,” he said. “This is me keeping my team together and doing something positive for the community and filling a need.”

That was the same driving force behind Victoria Distillers’ partnership with Victoria’s Nezza Naturals to produce hand sanitizer, which they have been distributing to first responders, clinics and hospitals.

Peter Hunt, president of the Sidney-based distillery, said he saw the panic-buying start and supplies starting to dwindle. “My wife is in the public service and we have family working for the B.C. Ambulance Service and they were having trouble finding sanitizer products.

“It’s one thing for general consumers to have trouble getting it, but when your first responders are also lacking, it felt important to supply them to make sure our most vulnerable are protected.”

Hunt said they partnered with Nezza, which makes a variety of natural skin-care products, and, using a supply of plastic bottles they were discontinuing, they got to work.

The distiller brings 90%-proof waste alcohol — the result of distilling its Empress Gin — and adds vegetable glycerin so it stays on a surface long enough to kill a virus, as well as orange-blossom extract for an additional scent to a liquid that already boasts the botanicals from the gin.

The end result is poured into 60-millilitre spray bottles and handed out to places such as Royal Jubilee Hospital and Victoria General Hospital.

Hunt said every few minutes, he gets a new email request for the products. “We now have a massive list of people that want product,” he said, noting they have the capacity to produce a few hundred bottles per day.

The limiting factor is bottles, which they hope will be donated to keep the process going.

Brimacombe said they can make hundreds of litres of hand sanitizer a day, but have been held back by a lack of aloe vera gel, which they mix with their waste alcohol as a conditioning agent. Aloe vera gel has been scarce on store shelves since panic-buying started.

They have asked the community to donate it to the distillery. “For every [3.7 litres] of aloe vera we get, I can make 10 litres of sanitizer,” he said. “We can make hundreds of litres of this.”

At Wayward Distillery, Brimacombe said there is also no charge for the sanitizer.

“We’re one of the first distillers to open on the Island and a bit older than some of the other guys — we thought it was time to give back,” he said.

Wayward produces spray sanitizer for hard surfaces, and will fill spray bottles people bring to the distillery. As for hand sanitizer, they bottle it in 100-ml containers for organizations such as the RCMP and key community groups that deal with vulnerable people. They will also send out one-litre bottles to refill those containers.

For families with children with compromised immune systems and other vulnerable people, they offer a small bottle about the size of a hotel shampoo container.

Both distillers see the shift to hand sanitizer as temporary, as it’s costly and they expect big players such as Purell to eventually ramp up production.

“Big companies can’t turn production on overnight,” said Hunt. “To be able to do this at a local level, it fills the gap for now.”