"I love a good Nanaimo Bar. But 'Canadian Chocolate Bars' ??"

Butter tarts. Poutine. Nanaimo Bars. There are a few foods that are top of the list for being quintessentially Canadian treats.

Even the premier of British Columbia had to give the publication grief:

I love a good Nanaimo Bar. But "Canadian Chocolate Bars" ??

The video walks you through four takes on the classic Nanaimo-born dessert: Mocha, Gingersnap, Coconut, and, in perhaps the most egregious riff of all, Birthday Cake. Filmed in Buzzfeed Tasty's signature overhead camera with soothing music style, the video instantly sparked outrage coast to coast in Canada, with outcries of "blasphemy" and "heresy."

What? This is culinary misappropriation! A Nanaimo Bar is a Nanaimo Bar. We wouldn't call Poutine, chips and gravy (even though it is). Let's respect the Nanaimo Bar and the chocolatey goodness of it's birthplace.

That is a Nanaimo bar. This is a Canadian chocolate bar: pic.twitter.com/ttUVjb5LmZ

No. Just no. Quit it. Knock it off. These are an insult to everything that is a Nanaimo Bar. The people responsible should be schooled on actual Nanaimo Bars.

Hey, Buzz. Nanaimo is a city. You don't get to rename the Bar. Get it?

It’s almost like you’re only pretending to be Canadian. 🤦‍♂️

It’s a Nanaimo Bar. WTF is a Canadian Chocolate Bar?!

The backlash was so swift and pronounced, Buzzfeed Canada had to apologize: "Our friends in LA made this video and named it Canadian Chocolate Bars. I'm sorry to all the Canadians we've offended with this video. It was never our intention. - Sincerely, a real Canadian."

Of course, it's not surprising Buzzfeed Canada said sorry. They're Canadian, after all.

For a follow-up Twitter scandal, the replies to Horgan's Nanaimo Bar tweet aim squarely at two key issues: a possible provincial election coming up, and the safety of B.C. kids at school during the COVID-19 pandemic. Lots of British Columbians would rather Horgan stay out of the candy kitchen and focus on provincial politics - but some would bake him a tray of real Nanaimo Bars if he agrees to not call an election.

Now, back to the bars.

Nanaimo, as we know, is a city on B.C.'s Vancouver Island. The City of Nanaimo even has a page on its website dedicated to the treat. "This creamy, chocolatey treat's origin is elusive, shrouded in mystery, and claimed by many as their own. Of course, we know that Nanaimo Bars originated in Nanaimo, or they would be called New York Bars, or New Brunswick Bars," reads the intro, followed by an official recipe. 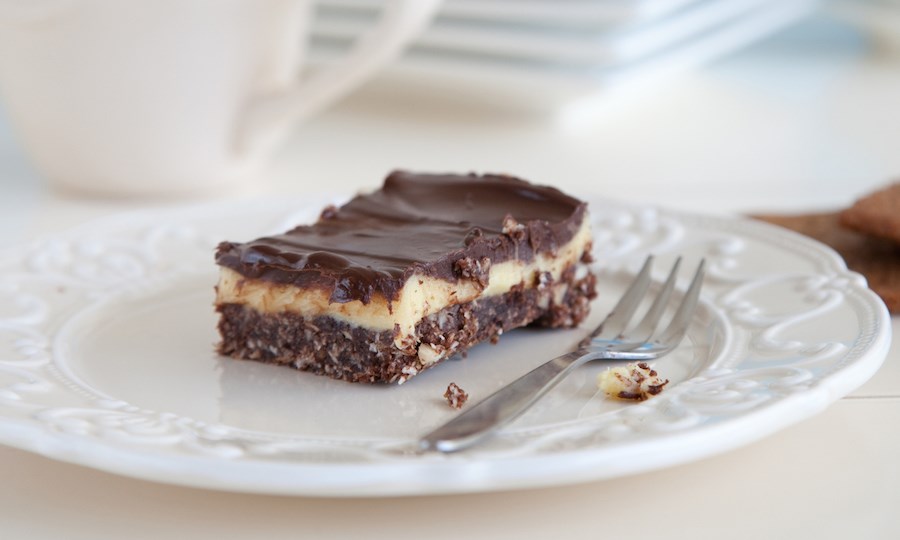 Last year, the Nanaimo Bar was among the Canadian treats honoured with its own postage stamp, as part of the "Sweet Canada" series.

“I couldn’t be prouder than to have the dessert recognized as one of Nanaimo’s many contributions to the world,” said Nanaimo Mayor Leonard Krog at the time.

The former MLA for Nanaimo credited the bar’s surge in popularity of late to its unparalleled taste.

“It’s popular because it’s really good,” he said, noting that Nanaimo bars were on the menu when then-U.S. president Barack Obama and his wife, Michelle, hosted Prime Minister Justin Trudeau and his wife, Sophie Grégoire-Trudeau, for a state dinner in 2016.

“It is a signature dessert for this country, up there with the famous butter tart and the other desserts,” Krog said. “I always say to everybody, whenever I’m at an event if there’s Nanaimo bar: ‘Be patriotic. Eat some Nanaimo bar.’ ”

And if you want a real Canadian chocolate bar, your best (and only. Fight me!) choice: Coffee Crisp.

With files from Lindsay Kines/Times Colonist