As an added bonus, each recipe in this beautiful new book comes with a wine pairing suggested by the vintners
Jul 31, 2020 12:41 PM By: Joanne Sasvari 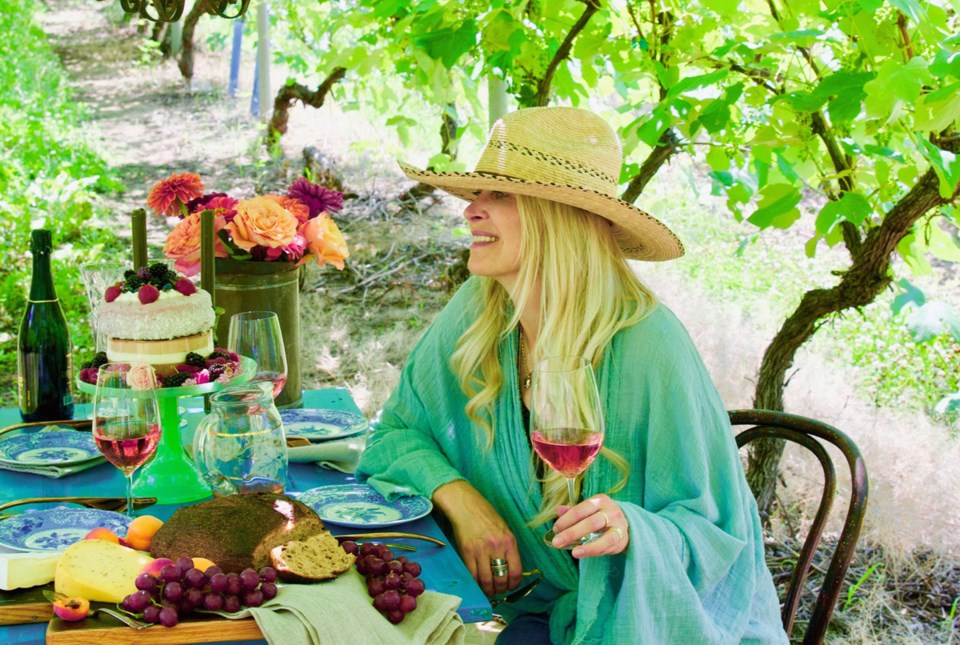 Author Jennifer Schell was delighted by the multicultural flavours of the recipes in her book. Photo courtesy Jennifer Schell
Born and raised on an apple orchard in East Kelowna, Jennifer Schell grew up alongside British Columbia’s wine industry, tasting her neighbours’ vintages and dining on the food they served at their tables. Now she’s gathered all those beloved family recipes in a new book that offers a taste of wine country, even for those who may not be able to experience it in person right now.

The BC Wine Lover’s Cookbook: Recipes and Stories from Wineries across British Columbia (Appetite by Random House) gathers family stories and recipes from 53 wineries from Vancouver Island to the Kootenays.

“I’m so thrilled with the book,” says Schell. “I realized, looking at the multicultural community, it’s so Canadian, it’s amazing. We put them all together and focused on their cultures, their family recipes, not chef recipes.”

Schell comes from a place of serious inside knowledge. She is also the author of the award-winning The Butcher, the Baker, the Wine and Cheese Maker series of books and is the former editor of Food & Wine Trails magazine, as well as co-owner of Schell Wines, co-founder of the Kelowna chapter of Soup Sisters and co-producer of the Garagiste North Wine Festival, which this year is scheduled for August 18. (Check garagistenorth.com to confirm it’s still going ahead.) Most recently, she’s launched the wine news site iNwine.

In her book, she includes everyone from the pioneers like Ann Sperling, a leader in the natural wine movement, to newcomers such as the Coulombe family, owners of vinAmité Cellars.

“Every time they shared a recipe—like Sev [winemaker Severine Pinte] at Le Vieux Pin and her scallop recipe—it reminded them of growing up,” Schell says. “And the recipes are all doable, because they are family recipes.”

Those recipes, like the people who created them, travelled from all over the world. B.C.’s wine industry is led by families from France, Spain, Holland, Israel, India, China and beyond. “They came for the farming industry, but now there are pilgrimages of people coming from all over the world to join this exciting industry,” Schell says. “It’s very multicultural and wonderful, with everyone sharing the same passion.”

As for her favourite recipes in the book, they include the one published here, the Peruvian-influenced cured salmon from Blue Grouse’s Paul Brunner.

She also loves the bright yellow upside-down grape leaf rice from Silkscarf Winery, and insists it’s not as daunting as it looks. “Silkscarf, who I adore, they’re from Israel and their daughter used to operate a luncheonette out of the winery with course after course of Ottolenghi-esque food,” Schell says. “I thought it wouldn’t work, but it was perfect.”

As an added bonus, each recipe comes with a wine pairing provided by the vintners themselves. After all, Schell says, “Who better to know how to pair the food with the wine than the people who make it?”

And on the other side of the border...

Even though we’re not crossing the border these days, you can still explore Washington State’s wineries—and taste the regional dishes that pair so well with them, thanks to Julien Perry’s new book, Washington Wine + Food: The Cookbook (Figure 1 Publishing). In this beautifully illustrated book, the author of Seattle Cooks rounds up 40 of the state’s top wineries and 80 recipes from Seattle’s greatest chefs to tell the flavourful story of this dynamic wine region.