Musicians like beer and brewers like music—it’s a fact. Here’s a look at some of the most interesting music and craft beer mash-ups out there.
Apr 11, 2019 1:43 PM By: Rob Mangelsdorf

Musicians like beer and brewers like music—it’s a fact. So it’s inevitable that the worlds of craft beer and music should collide. Usually it’s in the form of a one-off collab, sometimes the musicians themselves try their hands at brewing. And sometimes really weird shit happens, like beers that are blasted with music while they ferment in order to… change their molecular structure? We’re not really sure, but it’s a thing, apparently.

Here’s a look at some of the most interesting music and craft beer mash-ups out there. 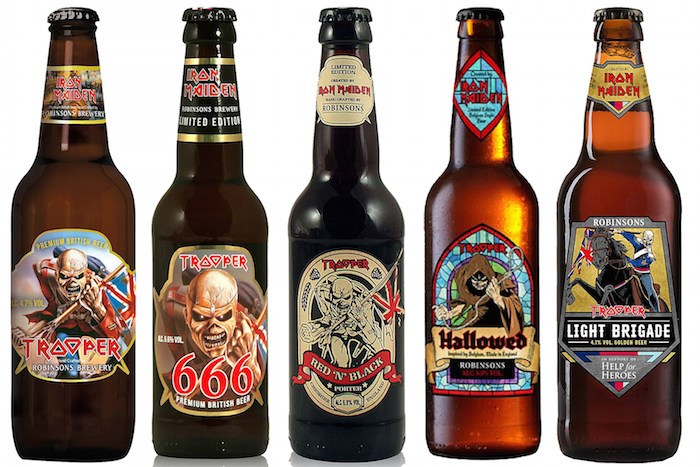 Probably the most well known beer on this list, Trooper is a traditional English ale developed by Iron Maiden frontman (and 747 enthusiast) Bruce Dickinson with the help of 180-year-old Robinsons Brewery. The beer has been a massive success since it was first launched in 2013 and can be found in bottles and cans all over the world. Much like the band, it shows no sign of stopping. 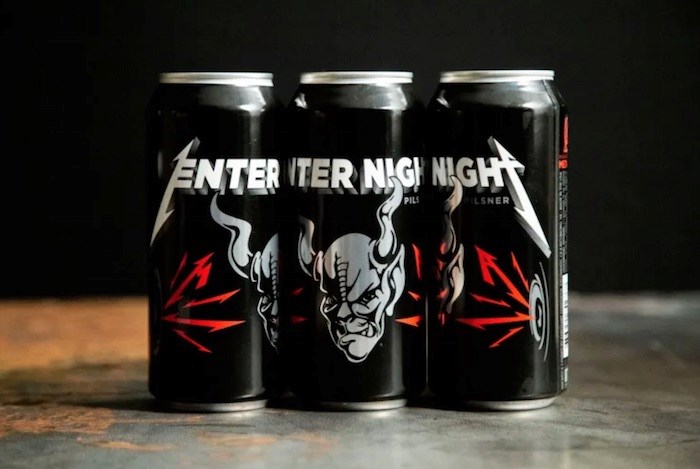 Hot on the heels of their 2015 collaboration with… ahem… Budweiser, Metallica decided to team up with Stone Brewing’s Arrogant Consortia to produce Enter Night Pilsner. I suppose it’s no surprise that the most boring band in metal came up with the most boring beer on this list. According to drummer Lars Ulrich, "Our view of the worlds that we each inhabit, of creativity and process, and sense of place in relation to our peers and ‘The Man’ are almost identical." Shut the fuck up, Lars. 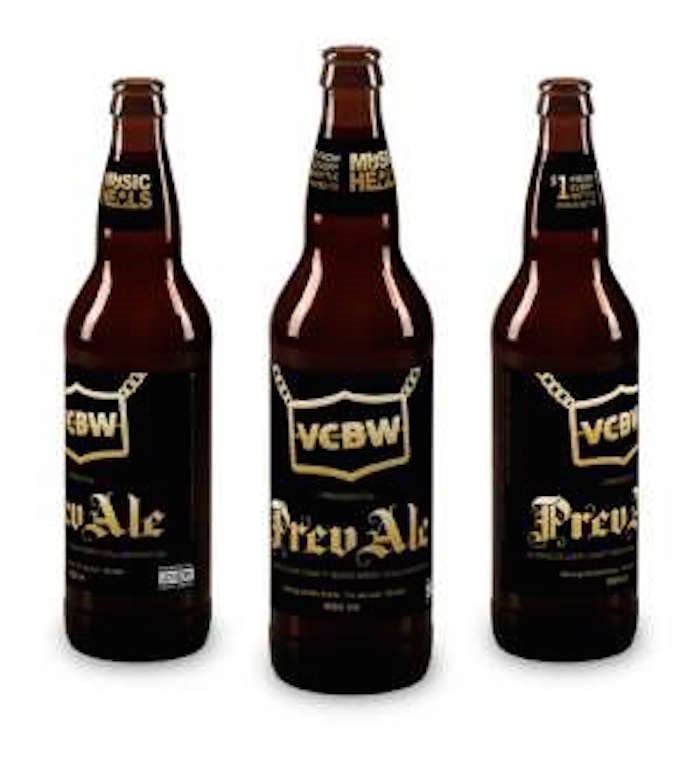 One half of four-time Juno award-winning Canadian rap group Swollen Members, Prevail teamed up with Vancouver Craft Beer Week and Phillips Brewing in 2014 to create Prev-Ale, a 7.0% ABV California common. The beer was a one-off to promote VCBW 2014 and sold out in a matter of days. 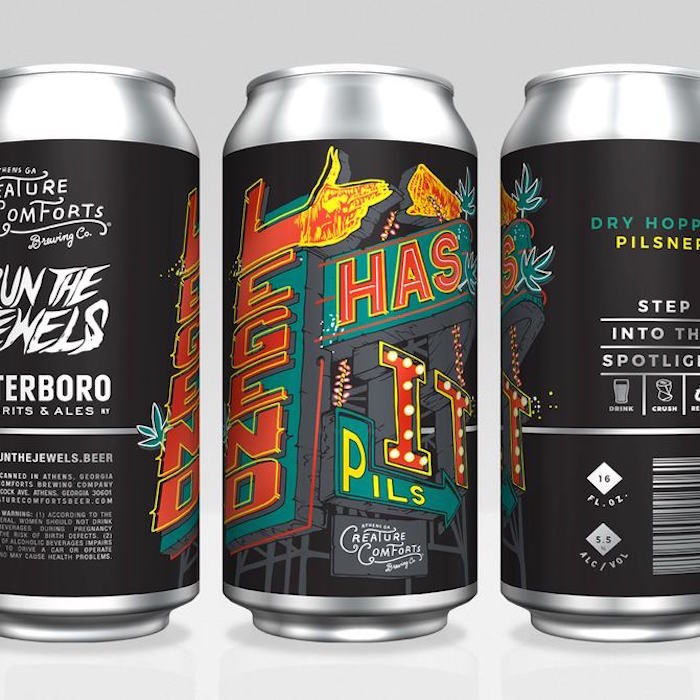 El-P and Killer Mike love them some craft beer, having released four different beers with breweries around the world so far. Their latest is the DOWN Double IPA, a collaboration with Berlin brewery BRLO that’s infused with CBD (a non CBD version is available stateside). Seriously, though, guys, maybe take a break from the cannabis beer and get to work on RTJ4, K? 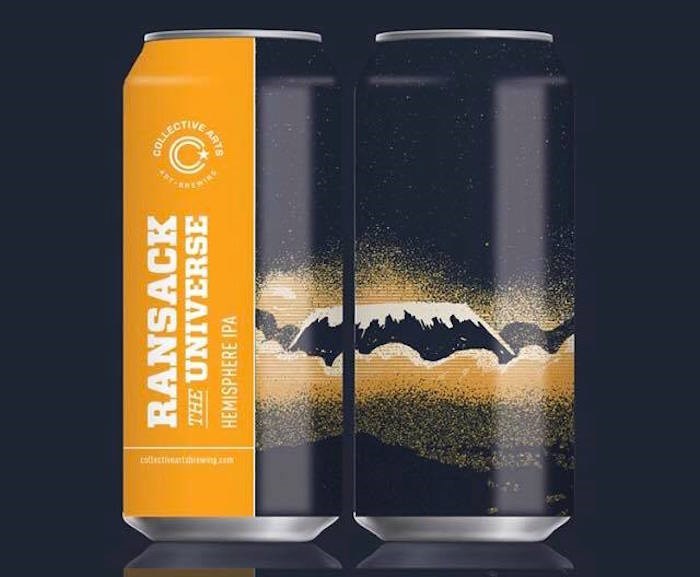 East Kootenay alternative folk rock band Shred Kelly was part of Hamilton-based Collective Arts Brewing’s Vancouver Artist Series last year, with their own limited edition can of Ransack the Universe IPA that featured their song “Archipelago” on the can’s artwork. 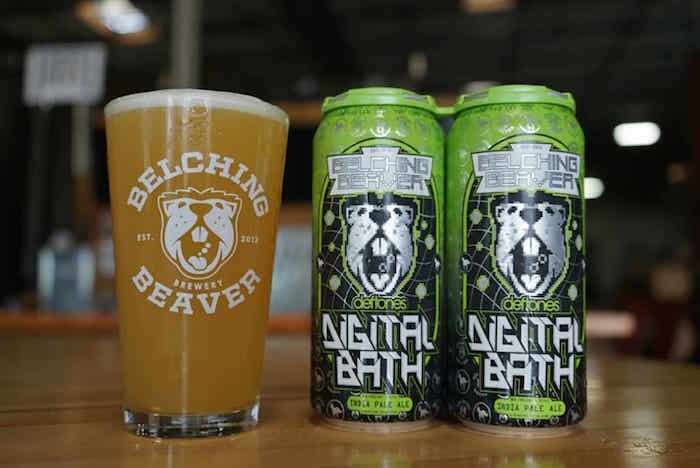 California nu-metal pioneers Deftones teamed up with San Diego’s Belching Beaver for a series of collaboration beers, beginning with Phantom Bride IPA in 2016, a West Coast style hop bomb loaded with Mosaic, Amarillo, Simcoe, and Citra hops, all handpicked by Deftones frontman, Chino Moreno. The latest in the series, Digital Bath, is a New England IPA. 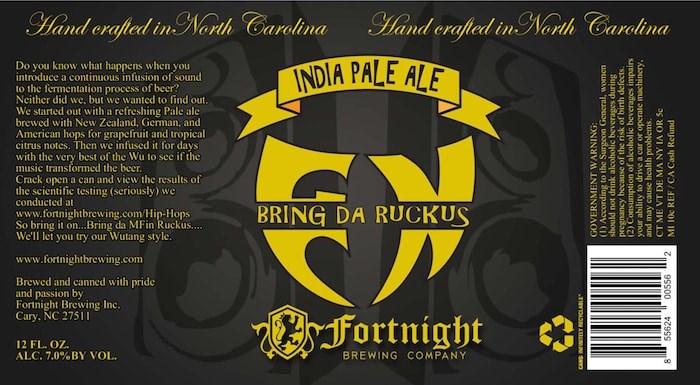 So what happens when you purposely stress yeast during fermentation by blasting them with Wu-Tang Clan’s seminal 1993 album Enter The Wu-Tang (36 Chambers) for 12 days straight? Probably nothing. But it’s great marketing. The end result is Bring The Ruckus IPA; its makers believe the heavy dose of Wu-Tang increased the microorganism’s metabolism, resulting in different flavour compounds. Personally, I’m a little disappointed no one has come up with Craft Rules Everything Around Me C.R.E.A.M. Ale yet. 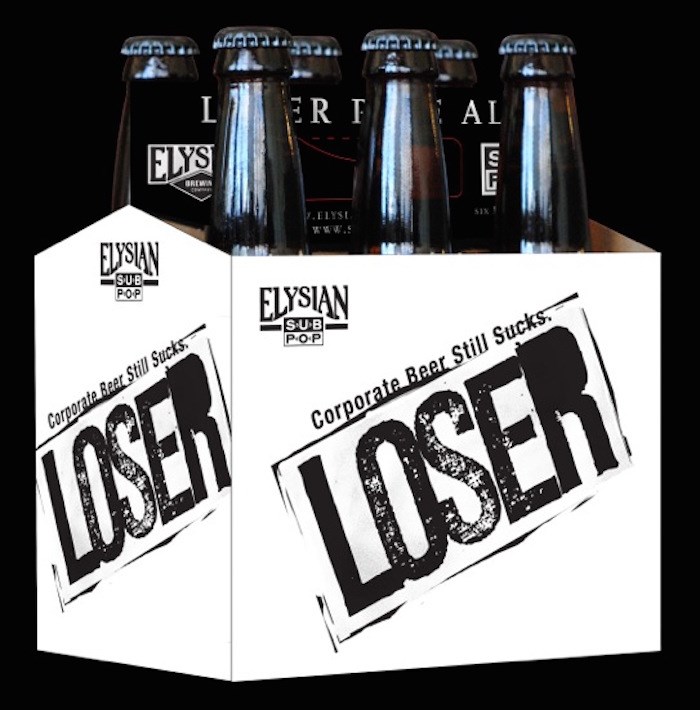 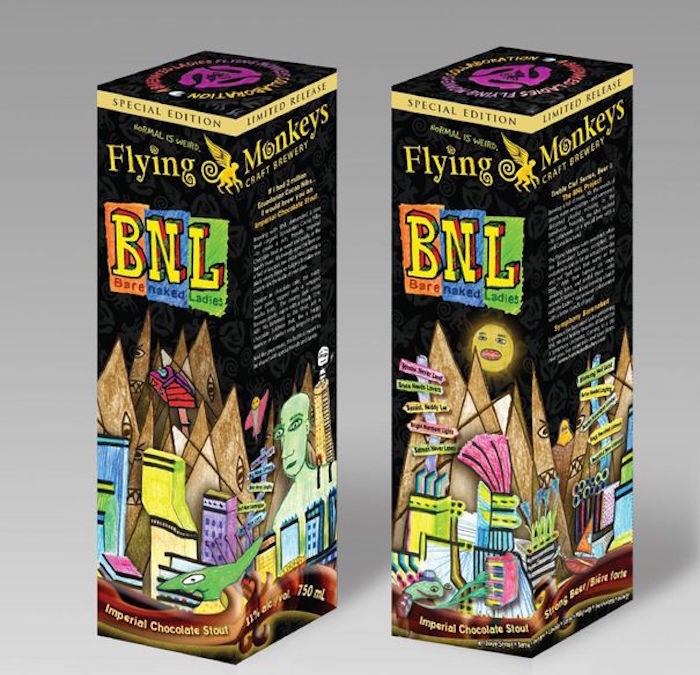 National musical embarrassment Barenaked Ladies teamed up with Barrie, Ontario’s Flying Monkeys Craft Brewery to create BNL Strong Beer. Developed and brewed with full participation of members of the band, with artwork designed by BNL keyboardist Kevin Hearn, the beer is described as “a fudge-y Imperial Chocolate stout with an 11% ABV that really lives up to its name.” I haven’t tried this beer, but if it’s anything like BNL’s music, it’s probably sickly sweet and generally awful. 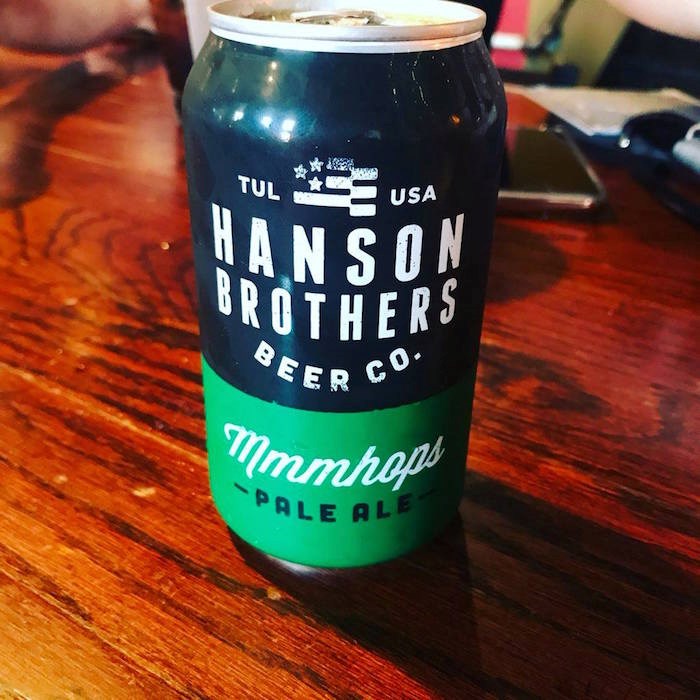 If you’re wondering what ever happened to Children of the Corn lookalikes/’90s bubblegum pop boy band Hanson, you are definitely alone. But as it turns out, the three brothers actually went and started their own craft brewery in their hometown of Tulsa, Oklahoma, with all that sweet “Mmmbop” money. They literally have a beer called Mmmhops Pale Ale. I shit you not. 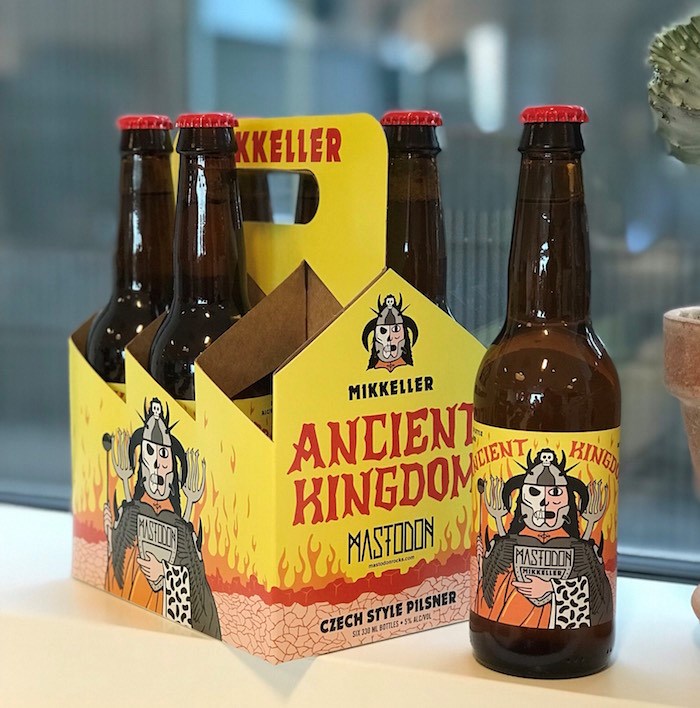 Prog metal juggernauts Mastodon teamed up with Danish brewery Mikkeller to release Ancient Kingdoms Czech-Style Pilsner a few months ago, the third beer the band’s done with the Scandinavian super brand. The bottle literally has a dude with half his face melted off, yet is still somehow adorable. Go figure.