8 vegan eats and treats to try in Vancouver right now

There's never been a better time to be vegan in Vancouver, thanks to a steadily increasing number of plant-based dishes, or entire restaurants, bringing the animal-free deliciousness.

Here are 8 vegan eats and treats in Vancouver you need to get in your belly right now.

Haven't hit up What's Up? Hot Dog! on their vegan wing night yet? Why not? Wing your way over for their savoury creations. These animal-free "wings" come in flavours like spicy peanut, BBQ, salt and pepper, lemon pepper, or just plain HOT. They come with vegan dips like wasabi mayo, dill ranch, Caesar, and Sriracha mayo, too, and are just $5 an order. 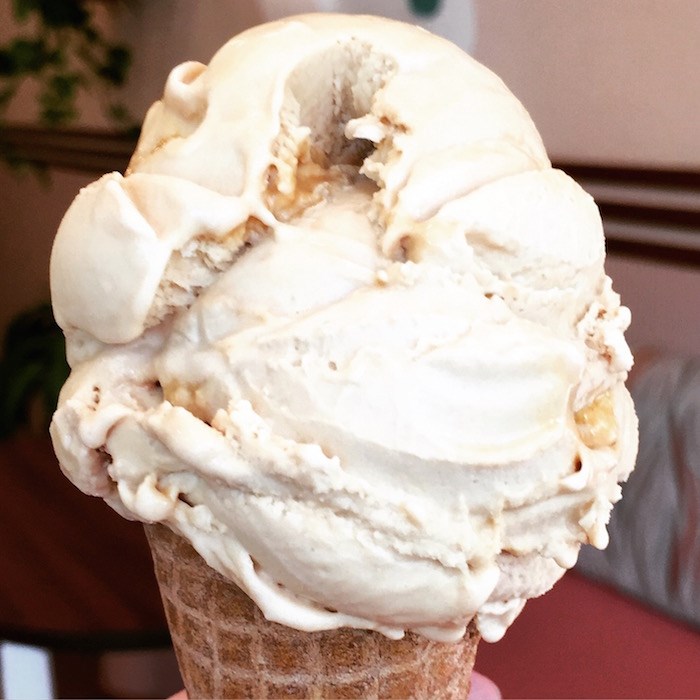 It doesn't matter that summer is just a memory right now. There's never a bad time for a cold, creamy cup or cone of dairy-free gelato. And at Chinatown's Umaluma they are seriously working some magic. Their flavours are stellar, and the gelato's texture is to die for. Get the Caramel Sea Foam.

Virtuous Pie has been satisfying plant-based eaters' pizza cravings for about a year now, and the Vancouver-born eatery has since expanded their menu and introduced a few new pies. Check out their Southern Belle, which hits all the right notes of salty and sweet; it's got San Marzano tomatoes, cashew mozzarella, BBQ shreds, pineapple, red Onion, corn, and cilantro.

4. Salads and bowls at Kokomo

Putting out their plant-based eats in an Instagram-friendly and pink-hued Chinatown space, Kokomo is where you can find vegan salads and bowls, and the only place in Canada you can get a swirled cup of an Aussie import dairy-free dessert called Cocowhip. Before you dive into dessert, savour dishes like their Coastal Macro salad or warm up with their Golden Laksa Noodles.

You can order with ease at Chickpea's first brick-and-mortar location, because everything on their menu is totally vegan. Of course, this presents a problem: Their food is so good it's hard to narrow it down. So don't. Grab some eating pals and look for the Hafla section on the menu. It's not a food, it's a thing--a way of eating family-style. You'll get a Middle Eastern feast that's 100% plant based.

Mexican food is having a serious moment right now, and that includes vegan options like Maizal's burrito bowls. They do have meat on the menu, but they have tacos and bowls that are adaptable for vegans.

7. The Main donut at Cartems

Cartems always has some tempting plant-based options in their glass cases, but right now they've got a set of specials, each created by and named for their three Vancouver locations. Chow down on The Main, which is a yeast doughnut with chai stuffing--and it's totally vegan.

The Juice Truck's Yaletown location has been swirling their new plant-based soft serve since August, and they've recently upped their own dairy-free game by adding a PB&J flavour. Go on, get swirly!