By now, most of us Vancouverites are aware that a plethora of amazing food trucks are scattered around downtown, feeding people on the go.
0
Jul 24, 2013 10:57 AM By: Tony Hajdu 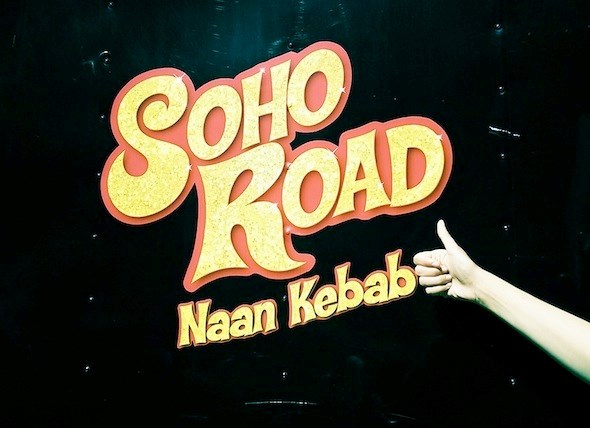 By now, most of us Vancouverites are aware that a plethora of amazing food trucks are scattered around downtown, feeding people on the go. It’s been great to see the hundreds upon hundreds of people coming to the Food Cart Fest every Sunday, and the vendors are so friendly, you might think they’re actually family. Even if you can’t make it out on Sundays (or maybe you’re pouting about having to pay a whole toonie to get in), just take a saunter downtown any day of the week, and you’re bound to find a truck that you might have wanted to try out at the FCF. 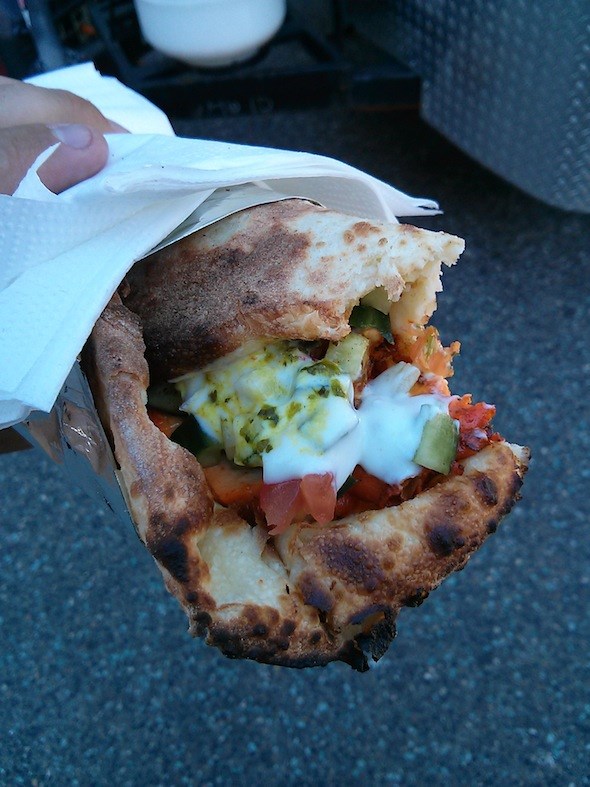 For this day, I decided to test out a food truck that was set up at a big street corner and that had a kind of food that I know well enough to be able to tell whether it’s good, great, or knee-wobblingly delicious. The food truck in question is Soho Road Naan Kebab, which was set up at Granville and Georgia, right outside the Granville Canada Line Station. If you’ve ever walked in this area on a hot weekend, you know that the crowds seem to thicken to a frenzied mayhem right around lunchtime. Fighting through the criss-crossing pedestrians felt a lot like Frogger, but it became much more urgent with a grumbling stomach aching for sustenance. When I got to the counter to order, I was recommended the Tandoori Chicken Naan, which sounded just right to me. The owner, Sarb Mund, was full of energy, excited that it was my first time trying out his food truck. His excitement was infectious and my legs started jiggle-jumpiing in anticipation. What I can say after eating this awesome naan is that it was neither good nor great. Yes, it fell under the knee-wobbling category. Just enough spiciness, perfectly cooked meat, and naan as good as (or better than) any that can be found in a restaurant. The price was decent, ringing in at $10. For lunch, there are cheaper options around, but they won’t fill you up with this much heavenly, wholesome tastiness. They also have a vegan option, the Tandoori Roti, for those who are so inclined. Worth every bite, plus it held me over till suppertime. A rare feat. 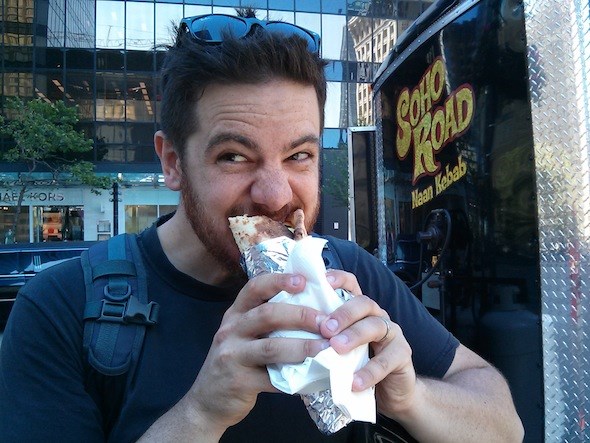 For another meal, we visited a popular fixture seen around Gastown the past two years, The Juice Truck. We ordered the strawberry coconut smoothie mostly thinking that it would be a nice drink to cool off from this heat (that we are NOT complaining about). Not only was it a welcome chilly libation, it was a sensory transport that brought me back to a 2011 Dominican Republic vacation, where coconuts are shaken from trees, broken open, then served warm to you at your reclining chair on the beach. Its pulp was refreshing, calming, and it tasted like real food, not like those sugary corn syrup-laden weirdo drinks you find at crummy fast-food places. Don’t balk at the $7 starting price! It’s absolutely worth it for so many reasons. It’s actually a huge cup of Healthy, large enough to be a standalone meal. These guys are committed to supporting local farms that grow organic produce, and they firmly believe that a delicious and nutritious juiced beverage is best made using a cold press. They’re absolutely right, by the way, and the process is proven to retain more nutrients. 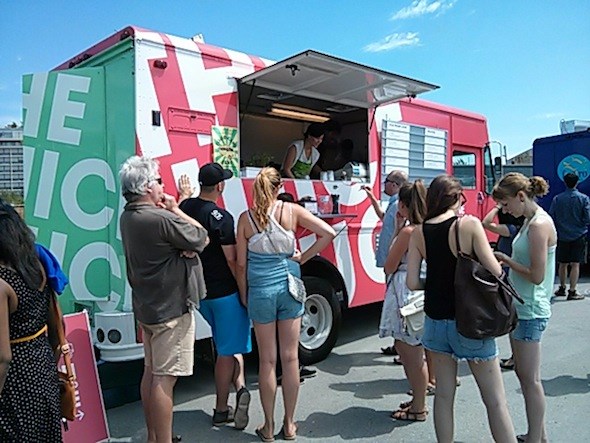 The great thing about each is they have small menus. I know, I know, people want variety - the prevailing thought is that customization is king when it comes to fast food for lunch. But a food truck is not the same as Subway, friends. There’s a certain amount of trust that you have to put into the people making your food. They’ve pared down the options because a) those options are the the most delicious and popular ones, b) they are great at making those few things, and c) they have to prioritize their available space in a mobile kitchen. I have tons of respect for what food trucks are doing in big cities these days, and you should too. Join me as we continue on this journey of epicurean hedonism on twitter at @tonyhajdu. See you on the streets! 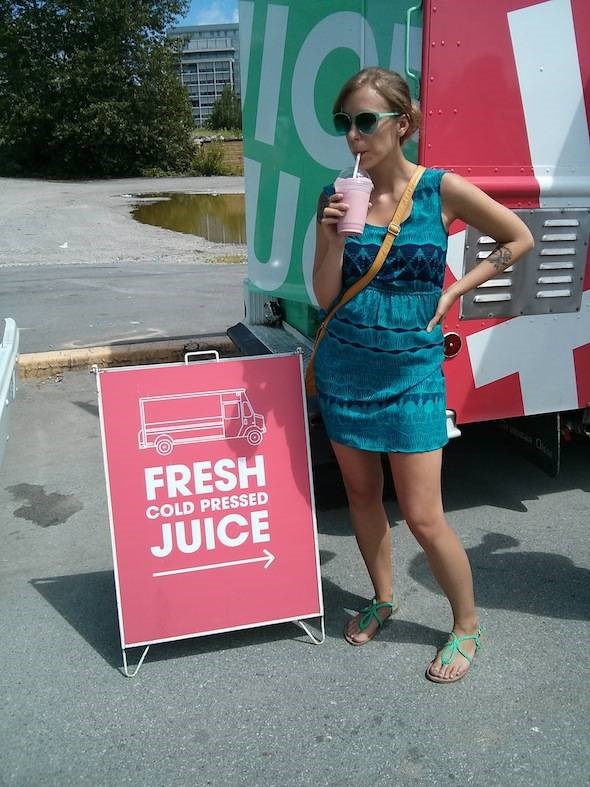