"I never thought we'd live in Tofino," says the chef who's now all about the bounty at his disposal in the exciting food-lover's paradise town.

Chef Terry Somerville calls the 12 years he spent working in Vancouver restaurants the most important years in his culinary career, but it's only now that he's running the show at Tofino's celebrated 1909 Kitchen that he's really found his voice as a chef.

Somerville and his partner, 1909 Kitchen Pastry Chef Kristine Morrow, made the move to the popular Vancouver Island surf town in the summer of 2020 and immediately jumped knee-deep into the action of peak season at the Tofino Resort + Marina, which houses the restaurant.

Having left B.C. three years prior to be closer to family in Ontario, when the opportunity came up to move into the restaurant's lead position Somerville hadn't even been working as a chef.

It was well-known Vancouver chef David Hawksworth who made the call to Somerville about the gig.

Soon after, Somerville and Morrow were driving cross-country - in the middle of the global pandemic - to set up new lives for themselves and their children, a six-year-old son with special needs and a preschool-age daughter.

"I never thought we'd live in Tofino," Somerville admits in a phone interview with V.I.A. But the job his former boss Hawksworth was talking about was too good an opportunity to turn down. 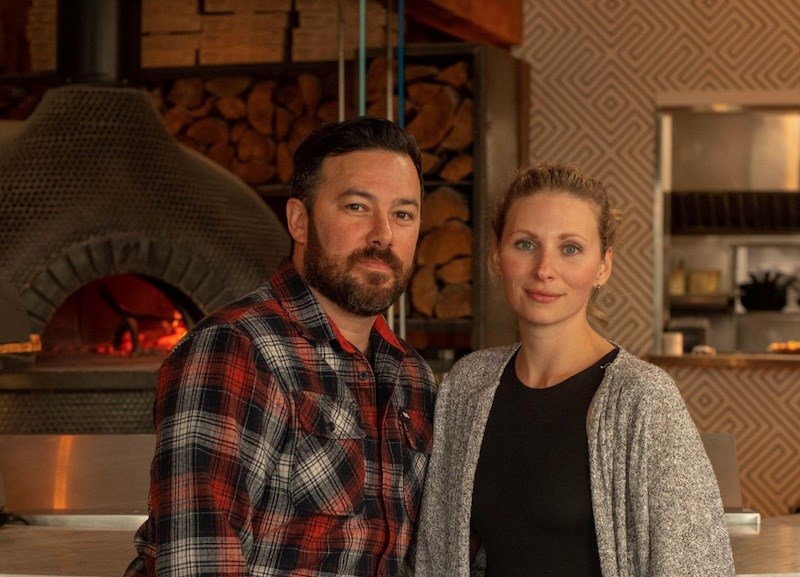 Joining the 1909 Kitchen crew mid-summer meant there wasn't much time to do anything besides work, but the new duties did kick off an ongoing education for Somerville on making the most of local resources.

Tofino's iconic waters - beloved by surfers and fisher-folk alike - and its majestic forests are treasure troves of local ingredients.

The thrills of foraging and free-diving

Initially with the help of the departing 1909 Kitchen Executive Chef, and Top Chef Canada winner, Paul Moran, and ongoing with the aid of other local foragers, Somerville says he's been immersed in learning about what grows in and around Tofino, particular several varieties of wild mushrooms. The chef adds that getting out and foraging in the thick bush and climbing over fallen logs is also good exercise, and often a lesson in what not to pick - like which mushrooms aren't safe to consume.

"It's so satisfying," describes Somerville, "you see that orange chanterelle out there, and fall into the rabbit hole, going and going," he says of his foraging excursions. Plus, picking chanterelles, or porcini and oyster mushrooms in the forest and using those finds to create delicious dishes leaves the chef with a sense of accomplishment - "knowing you did all that work for that food," he adds.

But it's not just in the forest where Somerville is seeking ingredients. He's been certified in free diving to go in search of "bottom dwellers" like sea urchin, ling cod, crab, and rockfish, as well as acorn barnacles - something Somerville says Tofino Resort & Marina president and partner (and former NHLer) Willie Mitchell is a big fan of.

Then there are the First Nations fisheries 1909 Kitchen works with to get an abundance of local seafood, and, for local produce, getting deliveries from the Tofino-Ucluelet Culinary Guild.

The uni might become a pasta course, or the rockfish roasted whole in 1909's wood fire oven - the oven that works at a steady clip turning out the pizzas the restaurant has become known for. The fresh salmon goes into the appetizer And the ingredients go into special foraging dinner events hosted at the restaurant, which, along with 1909's incredible "cook your catch" program for fishing folks, comprise some of the other offerings at the hotel's restaurant, on top of its breakfast, lunch, and dinner service.

Somerville's excitement about working with incredibly fresh local products is something he's also pleased to be passing on to his kitchen staff, who are accorded plenty of room to step up their technical skills, like fish butchery, and their creative juices, for coming up with exciting flavour combos to try.

"That's what I love about this job," the chef explains. "I want to make sure [the employees] aren't just 'workers.' I want them to feel welcome and important, and that they respect each other and the product."

As a result, Somerville and the revitalized 1909 Kitchen crew are able to create a welcoming atmosphere for guests, which means not only plenty of out-of-towners, but what the chef notes is an increasing number of locals.

Light and local are on the menu

Diners are now sitting down to a revamped menu by Somerville that was inspired by his desire to present food that is shareable and a little on the lighter side. "The style is how I like to eat," explains the chef.

"I want to get away from the whole 'have a starch, vegetable, and meat'" mandate that rules a lot of kitchens, be they home or restaurant, explains Somerville.

While Somerville has cited his years cooking professionally in Vancouver as key to his development as a chef, his love of food stretches back to his childhood. He credits his "superwoman" single mom who not only was a talented chef ("like a Martha Stewart," says the proud son) but also who taught Somerville how to cook out of necessity. In his multicultural family, Somerville was exposed to a number of foods from various cultures, including Sri Lankan, Filipino, and Indigenous, and says that led him to embrace using different spice blends in his cooking, which he still enjoys doing now at 1909 Kitchen. 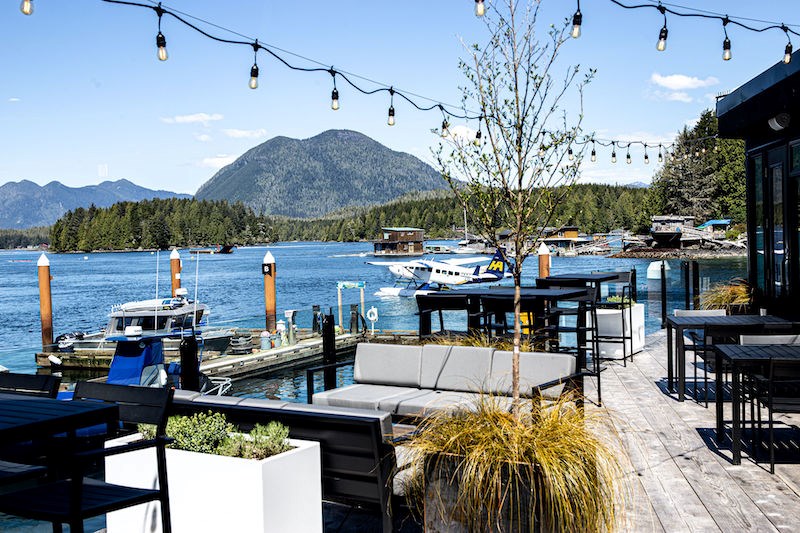 Already Somerville has boosted an Italian influence at the restaurant with the implementation of a handmade pasta and gnocchi program, you'll see global influence scattered on the menu. He calls the menu "World Coastal," noting it's more emblematic of where he is now as a chef.

In turn, he is upping the game at his restaurant in partnership with Morrow, who has managed to find time to also work to improve life in town - she's been actively vocal in the community raising awareness about Tofino's lack of daycare spaces for its many young families like theirs.

While they're "hunkering down" for what looks to be another "very, very busy summer," Somerville is invigorated about what's happening right now at the restaurant.

"We're in a good spot," says the chef, who's also looking forward to future collaborations with other talented chefs working around Tofino, too. "We're going to keep pushing to grow ourselves and keep trucking along. We're getting better every day."

1909 Kitchen is located at the Tofino Resort & Marina at 634 Campbell Street in Tofino, B.C.