An all-biscuit restaurant is opening soon in Vancouver

If you are among those who abide by the "biscuits are best" philosophy, you're going to want to check out Chewie's Biscuit Co. It's a new Vancouver spot where biscuits are the star.
0
Sep 18, 2018 12:50 PM By: Lindsay William-Ross

Raise your hand if your meal order has ever been swayed by the fact that the dish comes with or is is served on a biscuit. Hold on, I can't type with one hand...

If you are among those who abide by the "biscuits are best" philosophy, you're going to want to check out Chewie's Biscuit Co. It's a new Vancouver spot where biscuits are the star. 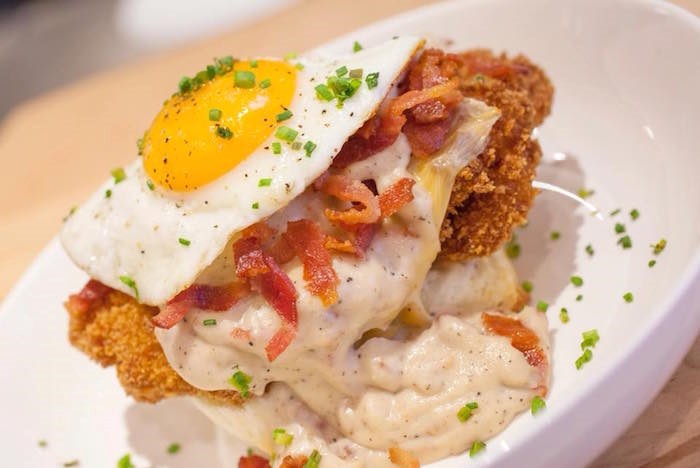 Chewie's is moving into 2822 West 4th Avenue in Kitsilano, in the spot vacated by Raviolino. They're putting the final touches on their reno of the space, and should be open soon.

On the menu: Biscuits, in all sorts of iterations and creations. They'll have things like The Moose, which is a biscuit sandwich made with chicken, fried egg, bacon, cheddar cheese, and sausage gravy. Or how about an Elvis-inspired biscuit loaded with peanut butter, bacon, and banana, or a French Toast biscuit breakfast sandwich.

They'll even have a "bonut"--a hot glazed biscuit-doughnut hybrid they're planning to serve with fried chicken--of course! Plus they'll have Agro Roasters coffee, and other eats, like cinnamon buns and sandwiches on fresh-baked potato buns. 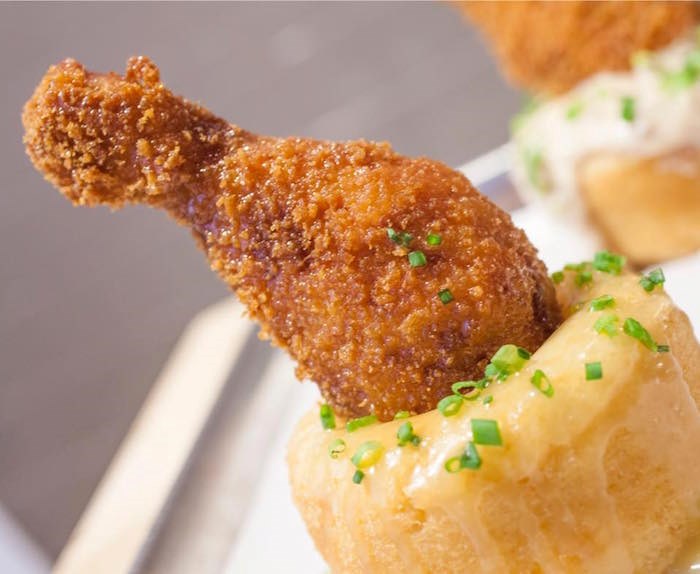 Chewie's Biscuit Co. has been teasing out their menu on social media, and if you think the name "Chewie" sounds familiar, well, you're right on: It's a venture from Richard Chew, the same guy whose name is on his previous project, Chewies Oyster Bar, which began in 2011 in Kits.

Follow @chewiesbiscuits to get the latest on their opening, which could be any day (or minute!) now, it seems.