The former Chill Winston spot in the heart of Gastown is set to become an outpost of the Local Public Eatery chain.

Considered one of the city's most prime patio spots in Vancouver's sunny season, the space occupied until recently by Chill Winston in the heart of Gastown is set to become an outpost of the Local Public Eatery chain. 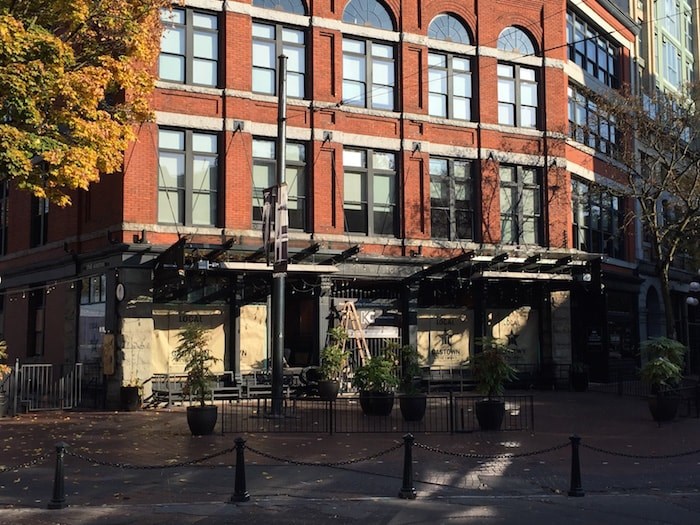 Local, which promises a "living room" vibe for sports-watching, eating, and drinking, operates one Vancouver location, in Kitsilano, along with outposts across Canada (Calgary, Toronto, Ottawa, Edmonton) and in Seattle, Washington. Their parent company is the Vancouver-based JOEY Restaurant Group.

Brody Jones, who operates the Kits Local, will helm the Gastown opening, and the restaurant is in its hiring stages.

Known for their quirky Caesars, beer selection, elevated pub grub, and drink specials, Local is a big draw for many.

Chill Winston shuttered at the end of September 2017 after an admirable 11-year run at 3 Alexander Street.