This is the fifth wine sub-appellation, or sub-geographic indicator, that the government has approved
Jul 10, 2020 3:05 PM By: Glen Korstrom 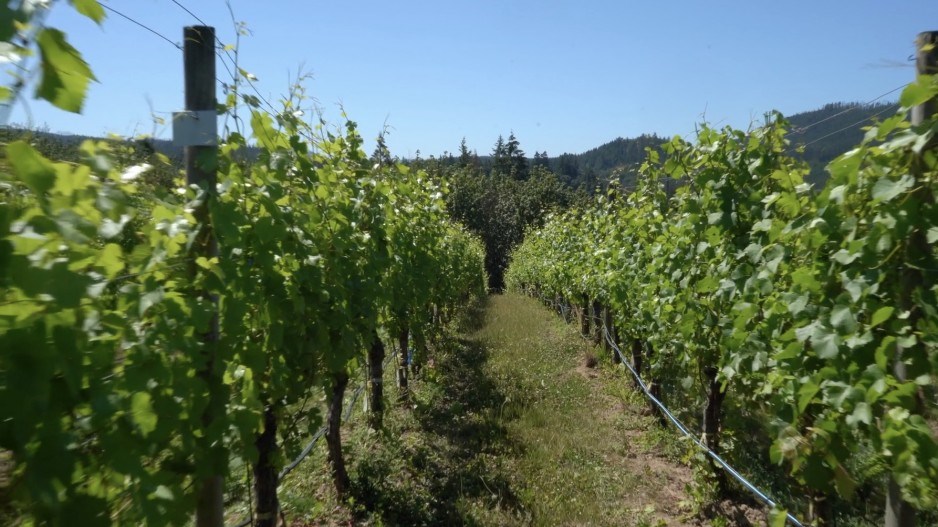 The B.C. government on July 10 announced that winemakers in B.C.'s Cowichan Valley may put that specific region on the front label of their wine bottles to show customers where the grapes for their wines were grown. Wines that carry the new sub-appellation also have to go through a process to prove that their wines are indeed made with grapes grown in the area, and that those grapes represent at least 95% of those used to make the wine.

This is the fifth wine sub-appellation, or sub-geographic indicator, that the government has approved, and it is the first one that is outside of the Okanagan Valley. The others are: Golden Mile Bench, Naramata Bench, Okanagan Falls and Skaha Bench.

Bailey Williamson, Blue Grouse Estate Winery's winemaker, was one of those who led the initiative, and that winery's owner, Paul Brunner, said the new designation "recognizes our unique terroir and solidifies Vancouver Island's position as an up-and-coming wine destination."

The Cowichan Valley is roughly defined as being the area between the Cowichan watershed, the eastern coastline from Mill Bay to Maple Bay, and the western area of Cowichan Lake.

B.C. has long had nine wine regions that have wineries that may make wine that could be certified under the BC Vintners Quality Alliance program.

The drive to enable winery owners to put more specific geographic areas on their wine labels has been going on since before 2015, when the B.C. government approved Golden Mile Bench as the province's first such sub-appellation.

The movement then picked up steam in July, 2018, when the B.C. government approved the Okanagan Falls region as the province’s second sub-appellation.

The recent drives to create sub-appellations also follow the 2015 founding of the B.C. Wine Appellation Task Group, which planned to splinter the Okanagan Valley into 15 contiguous regions, in a way that would resemble a cracked mirror.

The industry also showed overwhelming support for the idea of creating sub-appellations in a provincial plebiscite that the British Columbia Wine Authority held in 2016.

“I wanted it all to happen at once,” task group chairman and Summerhill Pyramid Winery principal Ezra Cipes told BIV in 2018.

In the end, however, the project proved too ambitious for the task group, and it was left to deeper-pocketed groups of winery owners to spend the necessary time on reports, lobbying and consultation to get their carefully drawn sub-regions designated.

You can get some of the best foods from Granville Island vendors delivered right to you
Aug 13, 2020 2:13 PM
Comments
We welcome your feedback and encourage you to share your thoughts. We ask that you be respectful of others and their points of view, refrain from personal attacks and stay on topic. To learn about our commenting policies and how we moderate, please read our Community Guidelines.