Changes appear to be coming to B.C.’s liquor laws, and some of the proposals could potentially result in you paying slightly more for your favourite beer.
0
Aug 30, 2018 1:50 PM By: Rob Mangelsdorf

Changes appear to be coming to B.C.’s liquor laws, and some of the proposals could potentially result in you paying slightly more for your favourite beer.

So-called contract brands have come under scrutiny by many in the craft beer industry, with the B.C. Craft Beer Guild even calling on the government to increase the markup on contract-brewed beer. The move could result in beers like Superflux, Boombox or Doan’s having to raise their prices. 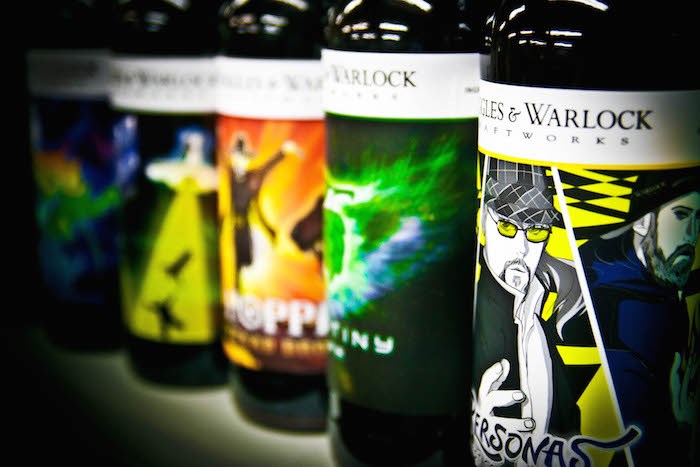 Before Fuggles and Warlock opened its Richmond brewery, it contract brewed its beers at Dead Frog in Aldergrove. A proposal by the B.C. Craft Beer Guild could result in a higher wholesale markup for so-called contract brands, like Superflux and Boombox. File photo

Rather than building its own brewing facility, a contract brand pays an existing brewery with excess capacity to brew the beer for it. There’s nothing wrong with this, of course.

In fact, this is how global craft juggernauts like Mikkeller and Evil Twin operate. Here in B.C., many craft breweries rent out their excess capacity to other breweries that are struggling to keep up with demand. And while contract brands like Superflux or Boombox don’t own their own brick-and-mortar brewery (yet!), many are using contract brewing to dip their toe into the market.

Brands like Fuggles and Warlock, and more recently Northpaw Brewing in Port Coquitlam, started out as contract bands before

building their own brewery. So did Samuel Adams and Brooklyn Brewery.

So what’s the problem, then?

That depends on who you ask. Most craft beer consumers, for example, don’t really care who owns the brewing equipment the beer is brewed on, so long as it’s brewed locally and the beer is good.

But many brewers I’ve spoken with (close to a dozen, although none wanted to go on the record) feel contract brands are gaming the system and represent a threat to their business—and they don’t think it’s fair they are being marked up at the same rate.

Currently, all beer that is sold in B.C. is subject to a wholesale markup by the B.C. Liquor Distribution Branch, our provincial booze monopoly. The markup ultimately determines the price of beer and functions as a de facto tax.

Breweries whose global annual beer production is less than 1.5 million litres (or 15,000hL, in beerspeak) are only charged 40 cents per litre—that accounts for most craft breweries in B.C. Once a brewery manufactures more than 15,000hL, their markup increases along a sliding scale to a maximum of $1.08/L for breweries producing more than 350,000hL annually (Molson, Labatt, etc).

Most contract-brewed beer currently qualifies for the lowest markup rate, but many in the craft beer industry think that’s unfair.

Ken Beattie is the executive director of the B.C. Craft Brewers Guild, and he says that rate was negotiated with the provincial government to encourage the growth of the craft beer industry and incentivize the building of more craft breweries.

“Craft breweries employ a lot of people, they’re big economic drivers,” says Beattie. “It’s not just the staff they hire, it’s the local contractors to build the brewery, the stainless steel from [Abbotsford-based] Newlands or [Summerland-based] Ripley’s, it’s the taxes they pay. There’s so many benefits.”

Since contract brands aren’t providing the same economic benefits to the province, Beattie contends they shouldn’t be eligible for the reduced $0.40/L markup rate.

One thing Beattie says he’d like to avoid is a situation like Ontario, where close to 100 contract brands exist alongside brick-and-mortar craft breweries.

“[Ontario doesn’t] get the same kind of economic benefits,” he says. “If Ontario was to do it all over again, I think they would have been a lot more cautious.”

However, not everyone in the B.C. craft beer industry agrees with the BCCBG’s position.

Stephen Smysnuik is the head of marketing for Craft Collective Beerworks in Vancouver (and, full disclosure, was the founding editor of The Growler), a brewery that—in addition to producing its own beer through its Spectrum, Phantom and Haus Lager brands—contract brews beers for everyone from existing breweries like Doan’s Craft Brewing and Faculty Brewing to contract brands like Slow Hand Beer Company. He says charging a higher markup for contract brands will ultimately hurt the craft beer industry

and result in fewer new breweries by preventing newcomers to the market.

“It’s the little guys who don’t have money or freedom to find creative ways to find new revenue streams that are going to get hurt by this,” he says. “If you don’t have access to millions of dollars, contract brewing might be the only option available to you.”

In every other industry, contracted production is a standard way of doing things, Smysnuik notes.

“Why should beer be any different? Because some people are afraid of losing their market share? It’s anti-competition.”

There is still plenty of incentive for contract brands to open a brewery of their own, he notes.

“The margins are way bigger if you own your own brewery,” Smysnuik says, adding that brick and mortar breweries control their own means of production and can take advantage of economies of scale and compete on price, unlike contract brands.

Recently, Doan’s Craft Brewing Co. announced that it would be closing down its brewery on Powell Street and will be contract brewing with Craft Collective until it can secure a new location. Contract brewing allows Doan’s to maintain its market presence until it can find a new home, preventing the brewery from going out of business.

“A lot of the time, contract brands aren’t making any money. It’s just a way to get their beer to market so you they can leverage their brand to raise investment, in order to open their own brewery.”

Beattie, for his part, says the BCCBG values contract brewing.

“We advocate for contract brewing, it’s an important safety net for our industry,” he says.

“We knew in our original position was there was going to be some friendly fire, but our target is not our own members with bricks and mortar locations. It is marketing companies who all they have is a recipe, and out-of-province breweries wanting to distribute in B.C. They aren’t providing an economic benefit like local craft breweries are and that is what we want to maintain... reinvestment into your existing business and economic growth.”

So what’s going to happen?

That’s the part that no one really knows, at this point.

Last year, the provincial government formed a panel of liquor and agricultural industry experts to hear ideas for changes to B.C.’s current liquor laws. Mark Hicken, chair of the Business Technical Advisory Panel for Liquor Policy compiled a list of 24 recommendations, which he published in a report earlier this year.

Among the many proposed changes would be to allow bars and restaurants to purchase liquor at wholesale prices—which could result in cheaper prices for consumers—and to close a loophole that allows breweries to contract-brew the vast majority of their beer at other facilities, but still be charged the same markup as breweries that produce less than 15,000hL. While the creation of a separate markup rate for contract brands without a manufacturing licence wasn’t part of the recommendations, when I contacted justice minister David Eby at the Ministry of the Attorney General, a spokesperson said it is something they are currently reviewing.

“The Liquor Distribution Branch is aware that the use of contract brewers by manufacturers is increasing, and is currently reviewing its contract brewing policies,” a ministry spokesperson told me via email. “Government

is now focussed on assessing the panel’s recommendations to determine next steps. There is no set timeline to implement the recommendations; however, government is currently reviewing the report and analyzing each of the recommendations for their implementation potential and fiscal, labour, health, public safety and social impacts. In addition, any actions must be

Beattie says he is optimistic that the markup piece can be addressed by the end of the year. Until then, we’ll all have to wait and see.