Apologies to anyone on a juice cleanse or month-long vegan challenge, as this news might be unsettling: A new spot for fried chicken and donuts is gearing up to open in North Vancouver.

Called Cream Pony, this venture that's not afraid of a little frying oil is prepping a space in Lower Lonsdale at 111 1st St East, which faces "Lolo Lane," on the backside of the street and in the alley.

The fast-casual venture is all about two of life's most delicious indulgences: Buttermilk fried chicken and brioche donuts. Though it appears the team at Cream Pony are deep in the menu testing phase, it looks like we can expect golden-fried chicken pieces and in sandwich form. Those hoping for plant-based options may also be in luck, at Cream Pony has indicated they will have some vegan items on the menu.

The question remains: Will they be sliding some of that fried chicken between two halves of a sliced buttery donut for one helluva artery-clogging cheat day sando?

In the works for quite some time, hoarding went up on the door windows last fall and Cream Pony has indicated on its social media the aim is to be up and running by March 2021. 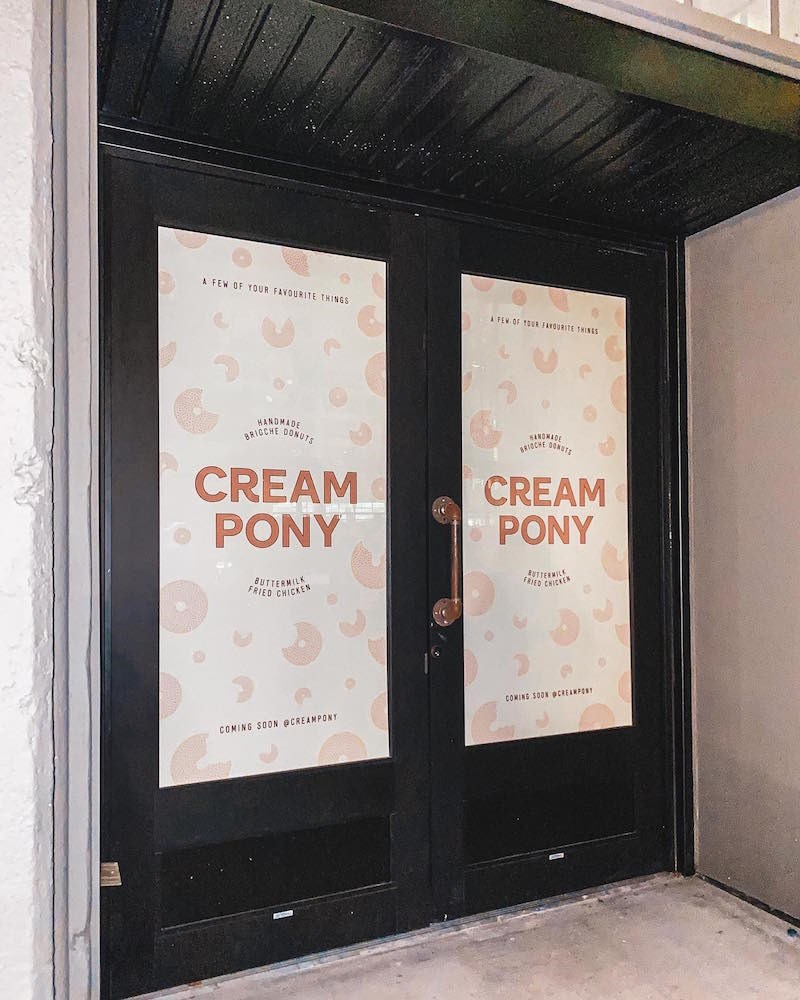 Cream Pony's exterior on Lolo Lane, aka the backside of East 1st Avenue, in North Vancouver. By Lower Lonsdale/Facebook

Cream Pony is in an area that has seen tremendous change in recent months, with the addition of plenty of great spots for fans of craft beer and locally-roasted coffee. If you're looking for some recs to explore Lower Lonsdale, bookmark this walking guide of the area, complete with tips on where to stop for a brew or cup of joe.

In the meantime, we'll keep you updated on an opening date for Cream Pony, and you can follow them on Instagram for more info.