The story behind Dageraad Brewing’s Louise is adorable

So the story behind this beer is pretty friggin’ adorable. Last year, Dageraad owner and head brewer Ben Coli and his wife had twins.
0
Nov 2, 2017 2:21 PM By: Rob Mangelsdorf 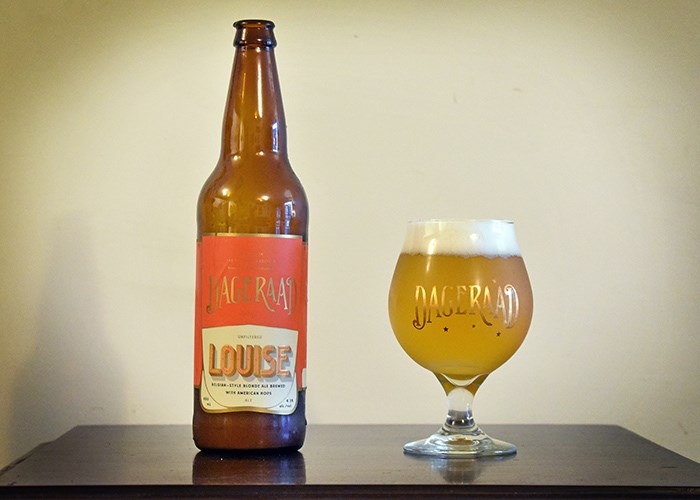 So the story behind this beer is pretty friggin’ adorable.

Last year, Dageraad owner and head brewer Ben Coli and his wife had twins. To commemorate surviving the first year of their lives (which as a new father, myself, I can attest is no easy task), Coli decided to brew a pair of beers named after each of his darling little bundles of joy: Louise and Oscar.

The beers are each slightly lower-alcohol versions of the first two beers Dageraad brewed: Blonde and Amber, respectively. However, this time they're made with American hops for an interesting twist.

If little Louise is anything like the beer that’s named after her, she’s a bright, bubbly blonde with plenty of depth and character.

Louise has proven to be quite popular, too, winning a gold medal for Best Belgian Strong & Trappist Ale at the recent B.C. Beer Awards, and no doubt sparking a lifelong sibling rivalry between the two kids.

(“Oscar won nothing,” Coli told the Burnaby Now, “so I have some explaining to do to my son.”)

Dageraad led all breweries at the BCBAs with three golds, bringing their medal haul to 10 in the past two years, more than any other B.C. brewery.

Aroma: Citrus and spice and everything nice!

Body: Light bodied with a dry finish and a touch of astringency.

The Fall 2017 issue of the Growler is out now! You can find B.C.’s favourite craft beer guide at your favourite brewery, select private liquor stores, on newsstands across the province and online at TheGrowler.ca.