When you're a donut shop that also serves Mexican food, a donut taco actually makes a lot of sense. 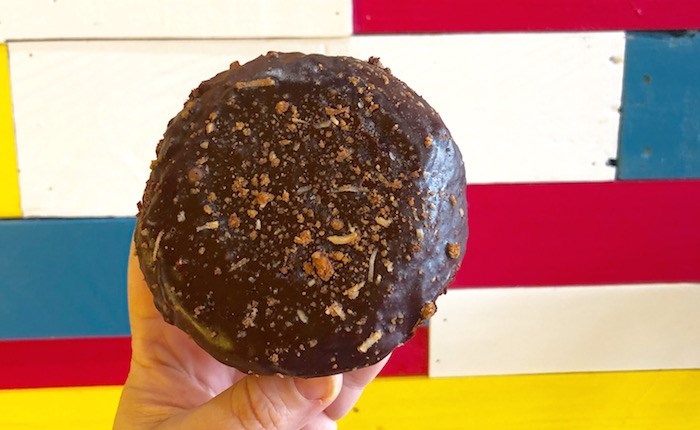 I offer you a tale of mixed emotions and mash-ups, from my very own neighbourhood, all connected to the world of donuts and Mexican food.

When I learned a few months ago that a contemporary gourmet donut shop called Boca Grande was opening up within walking distance of my home in the Delta community of Ladner I was both delighted and terrified.

Delighted because: OMG DONUTS! And then the added delight that perhaps the addition of Il Posto to our 'hood not too long ago was finally starting a ripple effect of high-quality independent and contemporary food businesses. Terrified, of course, because who can live with fresh donuts being fried up so close to my front door?

Boca Grande is the project of Crystal Avila Toigo (yes, connected to that Toigo family of development and restaurant fame), who opened the brick-and-mortar shop with her husband, Jeremy Morris, after finding success with her donuts as a home-based business.  Years back, Avila Toigo's mother Wendy ran El Taquito, a beloved South Delta Mexican restaurant, and so the idea came about to build some of her food into the donut shop menu. Boca Grande, incidentally, is "big mouth," in Spanish.

When Boca Grande opened up, all hell kinda broke loose in South Delta. It was donut mania as the shop put out hundreds of donuts first thing in the morning, only to have to announce within a couple to a few hours they'd sold out for the day. Lineups were long, and locals were in an tizzy about this new phenom in town.

Their donuts are hefty; not only are they over $4 a pop, but they are also dense and flavour-packed - they really are like a full-on dessert, and not at all like grabbing a donut from Timmies or even their Vancouver counterparts like Cartems or Lucky's. (To address my earlier feelings of terror, it's worked out nicely that Boca Grande's donuts are more of a dessert or treat than an every day donut.)

Their donuts are primarily yeasted and fried, and come dipped or draped (their chocolate frosting is really thick, rich, and tasty), and/or cream-filled. They rotate their flavours, but some recent ones have included S'Mores, Nanaimo Bar, Watermelon Dip, Horchata (a Mexican cinnamon-infused rice drink), Salted Caramel, and Peanut Butter Chocolate; they post their flavour line-ups daily on Instagram. 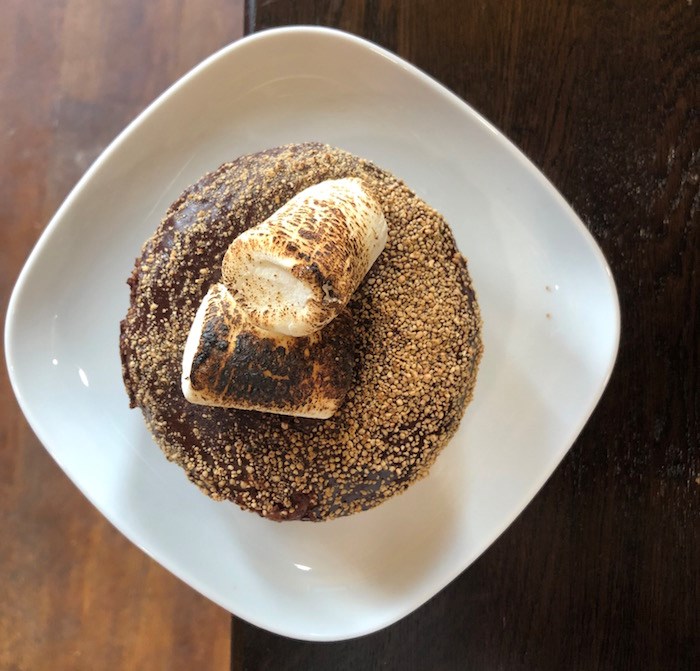 Initially Boca Grande offered a separate El Taquito menu, but soon after they launched they re-vamped the concept and re-introduced Mexican "street food" dishes on the Boca Grande menu. You can find tacos with your choice of filling (a chicken mole, pork al pastor, cauliflower al pastor, or beef colorado), as well as a quesadilla, nachos, and burritos.

Oh, and they make a donut taco. 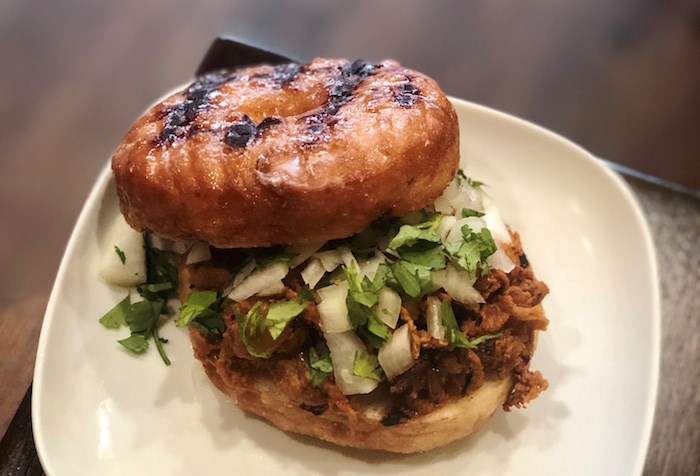 A Mexican Vanilla donut with pork al pastor at Boca Grande in Ladner. Photo by Lindsay William-Ross/Vancouver Is Awesome

Why not, right? They hold back a few of their classic Mexican Vanilla donuts daily, slice them in half, stuff them with your choice of their four fillings, grill it, and hola! You've got a donut taco.

The crazy thing is, it works. Skewing to favour those with a sweet tooth, the crackling sugary glaze is the first taste to land on your palate as you sink your teeth into their dense donut; the density really works in favour of using it as a bun or "taco shell" stand-in here. I went with the pork al pastor, which was filled with a good amount of sweet and heat, with the welcome tang of onion and the snappy green of cilantro.

I also check out one of their massive burritos, which is enough for two to share or plenty of leftovers. Their tacos are generously filled but only come on a single tortilla, and all four fillings are fresh and tasty and well-balanced, though the pork is the standout.

The Mexican Street Food menu is available at Boca Grande from 11 a.m. to 5 p.m., and yes, you'll have to make your way to Ladner to check it out.