It's a new chapter in burger history in Vancouver, as Downlow Smash becomes a full-time concept at The American on Main St.
0
Aug 30, 2019 9:55 AM By: Lindsay William-Ross

It's a new chapter in burger history in Vancouver, as the owners of the Downlow Chicken Shack prep to shift their weekly burger pop-up to a full-time concept at a permanent Vancouver address. 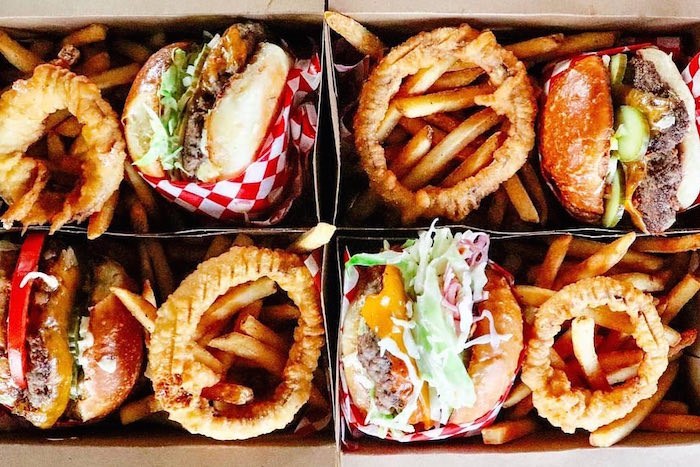 Downlow Smash, as it's now called, is moving into The American on Main Street.

The burgers are made in the "smash" method, which is about how they're cooked, not slang for how they're eaten. Each dry-aged ground beef patty - made with Two Rivers Meats - is "smashed" during cooking, to lock in the flavour and a nice crust. Buns, like at the Chicken Shack, come from Livia Sweets.

Downlow Smash shared their planned menu with us:

Americana (aka the “Big Mac”)

Not in Kansas (BBQ Sauce)

South of the Border (Tex-Mex)

“We are excited to have finally found a home for Downlow Smash,” says co-owner Doug Stephen via email, who updated the Downlow Burgers name to Downlow Smash to focus attention on its signature burger making methods.

“We had been searching for a location for a little while, but when The American brought the idea to the table, everything just aligned itself. The American is a hot spot for sports games, pre and post concerts, and more. We can’t wait introduce even more people to our smash burgers.”

Downlown Smash has set their opening date for Tuesday, September 3. They'll be open daily at The American.

The American has actually been a burger destination for a couple of years now, serving as the location for Vancouver chef Robert Belcham (Campagnolo, Popina) and his Monarch Burger operation. No word yet on when Monarch will wind down at The American, or if they plan to shift their operation elsewhere.

Downlow Smash will be at The American at 926 Main Street in Vancouver. Follow @downlowsmash and @theamericanvancouver for updates.